Will these Malayalam films rake in the moolah? 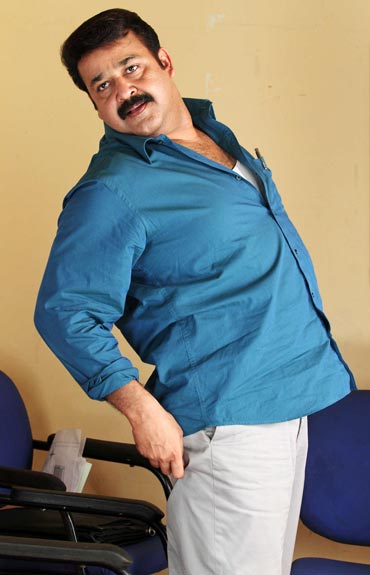 The April-May vacation time seems to have proved lucky for Malayalam film industry with some of the films released during the period ensuring a good show at the box office.

Pokkiri Raja, Pappi Appacha, Kadha Thudarunnu, Mummy & Me and In Ghost House Inn raked in the moolah in a big way. Now, quite a few interesting films are gearing up to hit the screens during the coming fortnight.

Here is a look at some of them.

Produced by Maniyan Pillai Raju, Oru Naal Varum has been delayed after it ran into certain issues. The film has been scripted by Sreenivasan. The hit pairing of Mohanlal and Sreenivasan is expected to create wonders at the box office.

Hindi actress Sameera Reddy plays Mohanlal's wife in the film. The film is about a man who tries to build a house but runs into trouble after a corrupt town planning officer makes life hell for him. 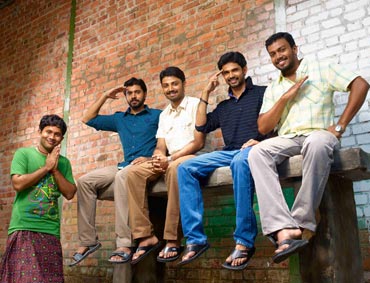 Singer and actor Vineeth Sreenivasan makes his debut as a writer-director with Malarvady Arts Club.

Produced by Dileep, the film has five new faces in the lead, who were selected through talent hunts. The five thick friends live in a village and meet in a club.

Vineeth says that he was inspired by the popular TV series Friends and the story came to his mind when he started thinking, what if such a group meet together in a village in Kerala? 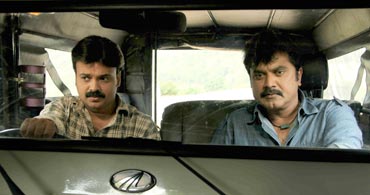 Image: A scene from Oridathoru Postman

Innocent plays a lazy postman in a village and Kunchacko Boban his son. The son finds a bunch of letters that his father hadn't dispatched to the addressee leading to the twist in the tale.

Directed by Shaji Azeez and scripted by K Gireesh Kumar, Oridathoru Postman has Meera Nandan as the heroine. 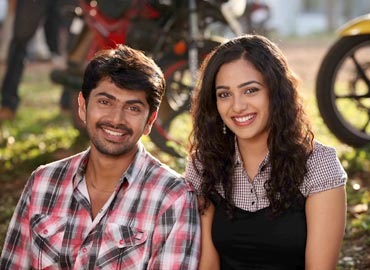 Image: A scene from Apoorva Ragam

Veteran director Siby Malayil is making this campus romance, with an interesting twist. Nishan and Asif Ali, who shot into fame with Rithu play the heroes with Nithya Menon as the heroine.

According to Siby, the film is mainly about the changing concepts of romance, for the current generation.

Produced by Siyad Koker, Apoorva Ragam is special for Siby, who is celebrating his 25 years in films since his maiden film Mutharamkunnu P O released. 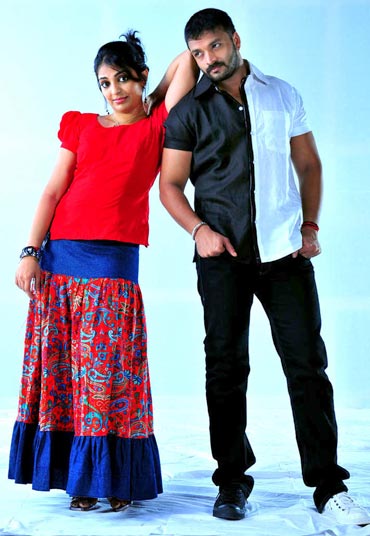 Image: A scene from Nallavan

He plays various age groups of the character in different get ups. Maithily, who played the role of Manickyam in Paleri Manickyam: Oru Pathira Kolapathakathinte Kadha is the heroine.