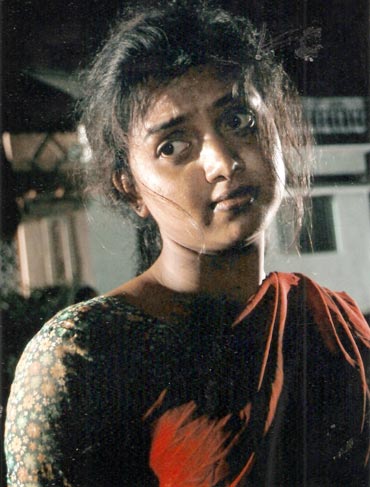 Image: A scene from Ugragaami
Shruti Indira Lakshminarayana in Bangalore

In an attempt to take his art house cinema beyond a select intellectual group, writer-director Baraguru Ramachandrappa has embarked on an alternate release mechanism.

He will hold a cine jatha as part of which his latest venture Ugragaami will be released in 16 districts across Karnataka in 100 days.

Explaining this touring talkies concept, he says, "Time and again we have been facing problems regarding the release of art or parallel cinema.

"Film makers have been plagued with the non availability of theatres. Even if we get theatres, the number of shows allotted is limited. To tackle this problem, with the help of a few well wishers, I am organising the screening of my film across the state instead of in just one city and that too for 100 days." 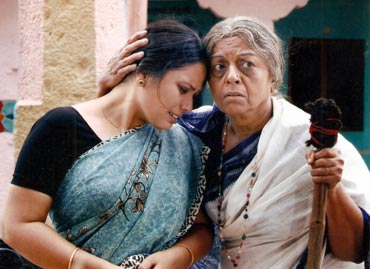 Ugragaami will be screened on specific dates in a given district. It will run for 100 days in total. Tickets will have to be purchased in advance.

"This way I have ensured that the film reaches the public, for whom it is made; it is screened in proper theatres and that the producer gets his due," says Baraguru.

While in some places, the film will be screened anywhere between 10-15 days, in others it will be shown between two to eight days. The screening session will conclude in Dharwad. 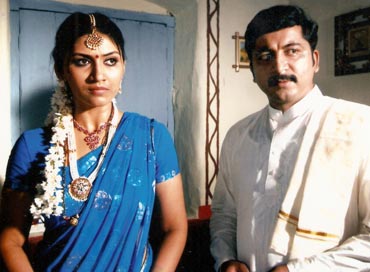 "My intention is to create a taste for such cinema among people. In some cities including Bangalore, organisations have booked tickets for their employees or members. Also experiments such as these allow me to cater to audience in the rural areas. I had similar releases for my previous two films as well. While Shanti was screened in 25 cities, Ekalavya was shown in 105 cities across hundred days," says Baraguru.

Shabari is the director's next project. It is based on his own novel by the same name. It talks of the life of tribes and the change they are awaiting. 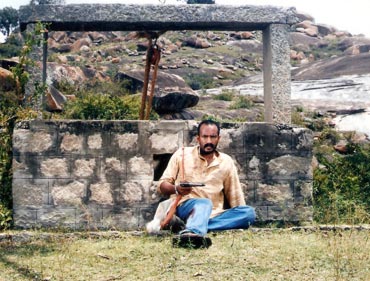 Ugragaami on the other hand is a film that establishes how terrorism is not just about guns. The film touches upon subjects like untouchability, dowry and discrimination against women among other social evils.

"The film reflects one facet of India," adds the director.

Kishore is the lead actor. "This is my first film as a lead hero. I play the 'terrorist'. The word Ugragaami or terrorist has been used symbolically here. In fact even the names of characters such as Shanti and Bharti are symbolic."

The story takes place in one night in a village called Swathantrapura, which boasts of families of freedom fighters.

Even the darkness, in which the film progresses, speaks volumes. The film also traces the mysterious relationship between Shanti, the heroine and the 'terrorist'.

Neettoo and Ashwath Ninasam play key parts. Hulimavu Ramchandra is the producer while Praveen Godkhindi is the music composer.