Bollywood going on the road 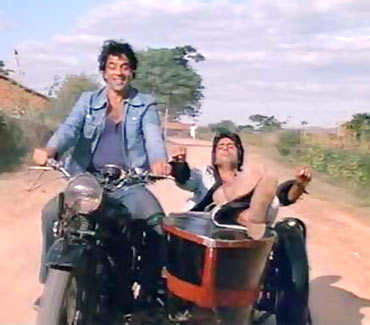 With Dev Benegal's Road, Movie about to hit theatres on Friday, we decided to look at the fact that while the genre might not have been explored to the fullest, Bollywood's had a long history with the road film.

The definitive road movie, this Ramesh Sippy western starts off with two outlaws getting out of jail and traveling the open road, armed with a motorcycle, a sidecar, a harmonica and irrepressible energy. Yeh Dosti remains the most iconic friendship song in our cinema. 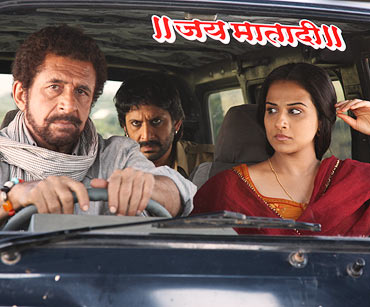 Abhishek Chaubey's crackling debut sees Naseeruddin Shah and Arshad Warsi as a pair of smart-talking liars on the run.

Ibn Battuta, the film's opening song sees these two hurtle along in a Maruti with a tacky plastic windshield doll as they go from place to place, stopping only to say hi to a roadside swami with a chillum. 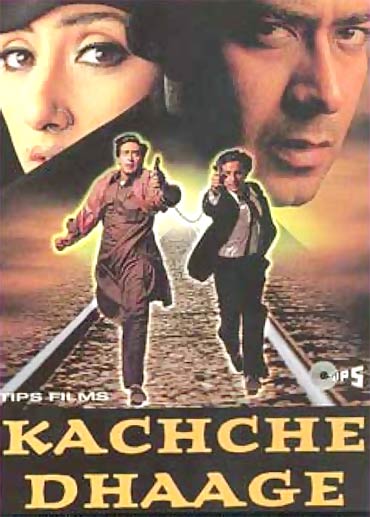 Milan Luthria's film does have all the trappings of the genre. Ajay Devgn in one of his first, telltale sober appearances stars sullenly opposite Saif Ali Khan, and the unlikely couple is thrown together by mad circumstances.

By the end, the two protagonists have gone from point A, where they didn't get along one bit, to point B, by which time they're thick as thieves. 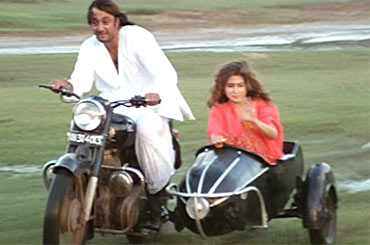 Image: A scene from Daud

Ram Gopal Varma's loony film stars Sanjay Dutt and Urmila Matondkar as a crook and a cabaret dancer on the run from all kinds of outrageous antagonists.

Based loosely on the much more successful Kshana Kshanam, also by RGV, this film was mad, reckless and as is evidenced by a rewatch on cable tv any afternoon quite enjoyable. 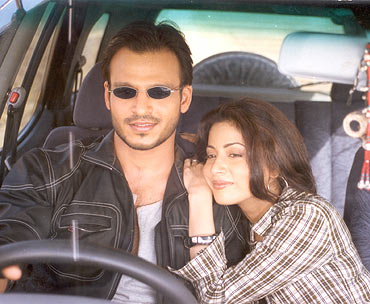 Image: A scene from Road

The couple elopes from Delhi to Rajasthan but they end up picking up a hitchhiker on the way, played by Manoj Bajpai.

Soon all hell breaks loose as Bajpai turns their elopement into a nightmare. 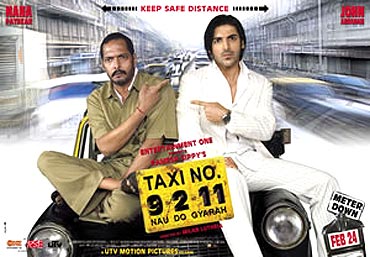 Copied from the movie Changing Lanes, Taxi starred Nana Patekar as a cabbie and John Abraham as his fare.

After Abraham loses a key in the back of Patekar's cab, the two get involved in much mayhem as they become sworn enemies, out to kill each other.

The vendetta gets crazier but the meter never quite goes down in this fun watch. 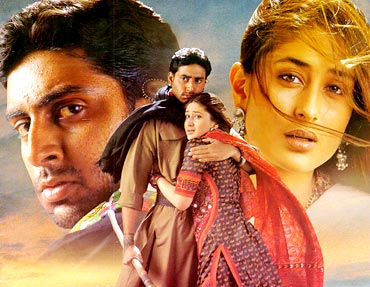 Image: A scene from Refugee

Bachchan played the titular Refugee, a man who helps Muslims cross over the border into Pakistan, while Kareena played the girl he falls in love with.

Inspired by Keki Daruwallah's Love Across The Salt Desert, this is a road film of a wholly different kind. 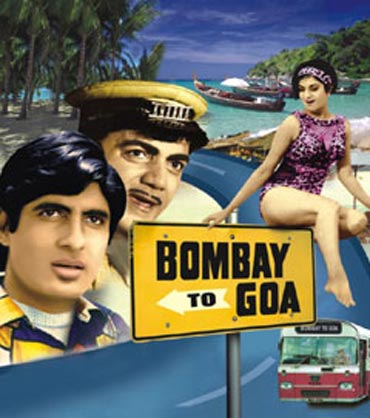 Image: A poster of Bombay To Goa

Featuring a certain Amitabh Bachchan in an impressively spontaneous early role, Bombay To Goa is a road film unlike many others, a farcical mix of a thriller's plot with a busload full of all-star comedians.

Bachchan, then a complete rookie, is a joy in the part of the smart young man who's cleverer than he seems. 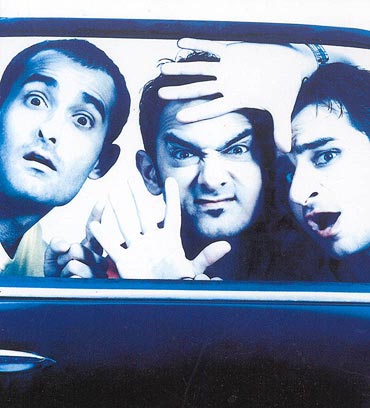 Farhan Akhtar's film brought male bonding to the forefront of modern Hindi cinema, and while this film wasn't set on the road, it does involve a trip to Goa one where a group of Bombay friends randomly decide to go off on a long, hedonistic drive that was so casual we could all relate to it.

And after the film, we stole the soundtrack to drive along to.