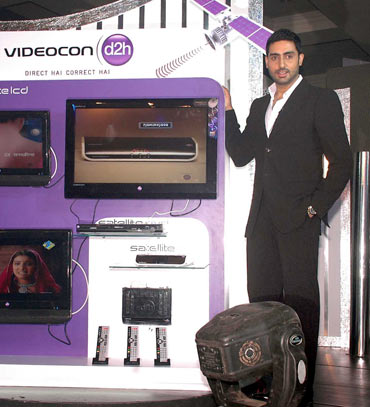 Abhishek Bachchan is snapped at a press conference to announce him as the brand ambassador of Videocon brand in Mumbai on Tuesday. 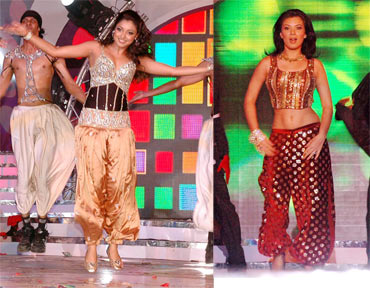 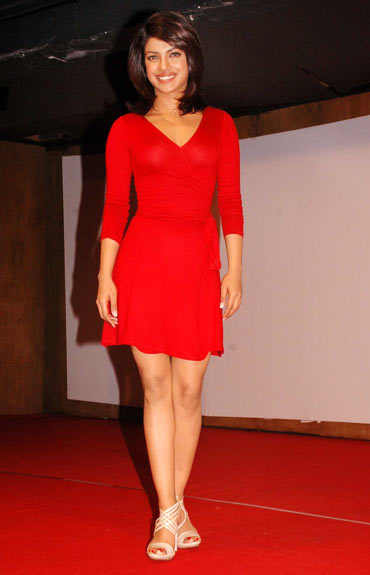 Priyanka Chopra looks pretty in red as she poses during a press conference to announce the tickets to the IPL cricket matches. 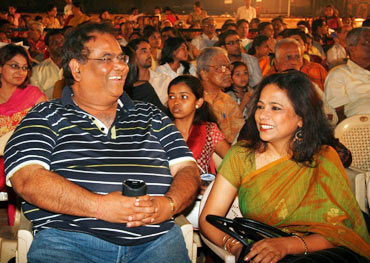 Actors Satish Kaushik and Seema Biswas share a light moment during the unveiling of the Marathi film Lalbaug Parel. The film has been shot simultaneously in Hindi and Marathi with two separate negatives, and is slated to release on April 9.

The Hindi version of the film is titled City of Gold -- Mumbai 1982: Ek Ankahi Kahani and was unveiled in February.