'There is no Pakistan-bashing in Lahore' 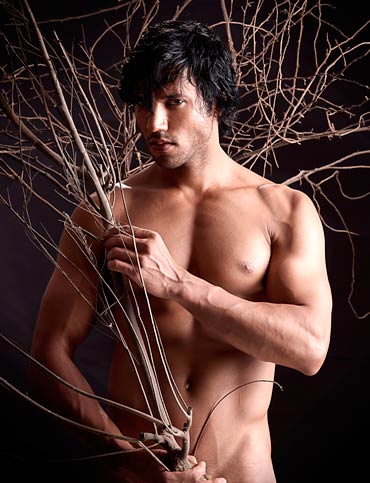 Getting an award for your first film must be a great feeling.

And that's what Aanaahad must be feeling right about now. The 24-year-old former Mr India finalist won the Best Actor award at the Tenerife International Film Festival (UK) for his role in Lahore, a movie based on kickboxing.

Directed by Sanjay Puransingh Chauhan, Lahore, which opens in India on Friday has already made waves at various film festivals.

Patcy N spoke to Aanaahad about his foray into films and the training he had to undergo for his debut film.

You're an award-winning actor who we don't know much about...

Well, I am from Delhi and did my schooling from Gurgoan and BCom from Delhi College of Arts and Commerce. My father has a real estate business. I made it to the top six of the Grasim Mr India contest and even won the title of Best Physique.

But what I wanted to become even when I was in school was an actor. I am close to my mother so I told her about my dream. She was very supportive.

So I set out to make my dream come true by assisting a director in two of his film. In fact, he was going to launch me but in the meantime I met Sanjay Puransingh Chauhan. I liked the story of Lahore and decided to do it mainly because the main character plays cricket. I too played cricket for the state of Haryana.

The best thing was that I never had to struggle. As soon as I came to Mumbai I bought a flat. I had my own car. I took care of my physique by joining a gym. I also participated in acting workshops.

Who was the director you assisted?

I don't want to name him.

'I did not bathe for three days for some scenes' 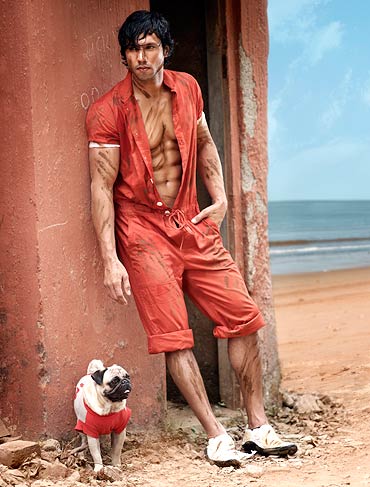 How did you meet Sanjay?

I first met him in Gurgoan when I was participating in the Mr India contest. We both worked out at the same gym. I knew that Sanjay was good in martial arts -- he represented India in taekwondo. I met him again when I came to Mumbai. At that time he was working on a script. He told me that if he ever makes a film, he will call me. He kept his promise.

Since you play a kickboxer in the movie, how did you prepare for the role?

Though I have a good physique, I still had to learn martial arts for this film especially kickboxing. Initially I trained for kickboxing and various forms of martial arts in Mumbai for one and half years. Later I went to China for six months to master Wushu, which is similar to kickboxing, from martial arts coach Ho. Then I went to Hong Kong to train in cable and wiring which is required if you are doing your own stunts.

There were some difficult and emotional scenes which I have never experienced in real life so I had to train for such scenes. I would wake up early and go to bed late to train myself. To look authentic, I did not bathe for three days for some scenes.

'The outdoor portions of the film were shot in Pakistan' 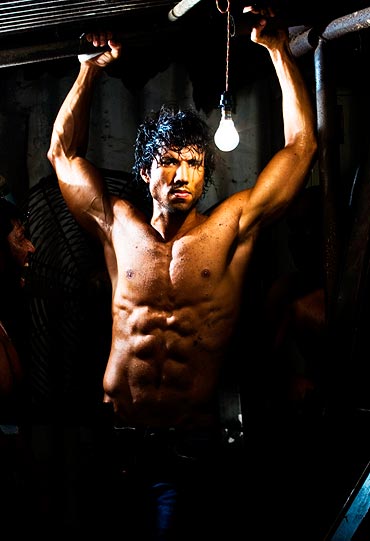 Is Lahore only about kickboxing or is there more to the film?

The backdrop of the film maybe kickboxing, but the message it sends out is that of love and peace between India and Pakistan.

As the title is Lahore, did you shoot in Pakistan?

We (the cast) never shot in Lahore because we did not get permission. We had one Pakistani actress who was going to play my female lead but she dropped out. Only foreign technicians went there to shoot the outdoor portions. The rest of the film was shot in India.

Since the theme is based on the relationship between Pakistan and India, is there a lot of Pakistan-bashing in the film?

No, there is no Pakistan-bashing in the film. Both countries have their share of good and bad people, and the film deals with this psyche.

'I was destined to play this role' 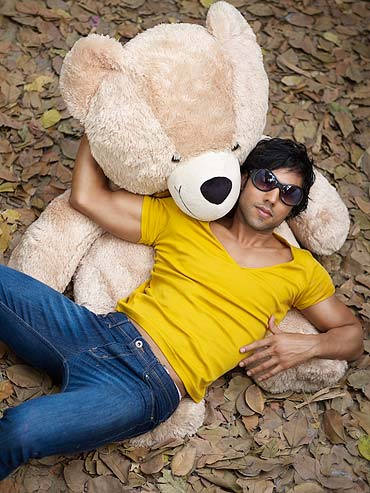 Weren't you apprehensive about working with a first time director who has never assisted anyone before?

I too did not have any filmi background. Yet Sanjay chose me. I was destined to play this role. It is an exceptionally well written film.

Tell us about your co-stars. How are they to work with?

During the shoot I always called Nafisa Ali Amma and she called me Veeru. I enjoyed working with her. I am huge fan of Sabyasachi Chakravarthy too. There were days when I was not required for a shoot, but I went to see him in action anyway. Once I went to Ladakh just to see him act. When he came to know about this, he gave me lots of acting tips.

In one of the scenes I remember Farouque Shaikh giving me cues instead of the director. So, I really had a great time working with all these talented actors. You can learn by just observing their working style. 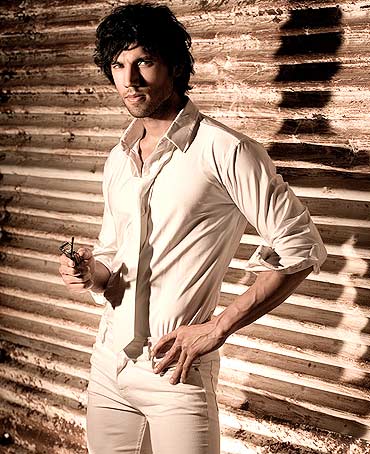 Normally in Hindi films there are no contact fights -- fights where you rehearse all the sequences. Which means that if you forget even one small step, you can hurt the other person or yourself.

So when I was shooting for a fight scene, my stunt man forgot a step. It was a scene where I had to kick his head and he was to dodge and sit down. But he did not sit and my kick landed on his head with such force that he started bleeding. If I knew he was not going to sit down, I would have lessen the speed of my kick. Though it was not my fault, I felt so guilty and  could not shoot for two days because I was scared that I may kill someone.

What kinds of films do you like to watch? What types of roles do you want to do? Where do you see yourself 15 years from now?

I like action as well as meaningful films. I love Cinderella Man, Last of the Mohicans and Kite Runner. I want to do all kinds of meaningful cinema. I want to be established actor 15 years from now.

I am doing Sanjay's next film which is a sci-fi one.