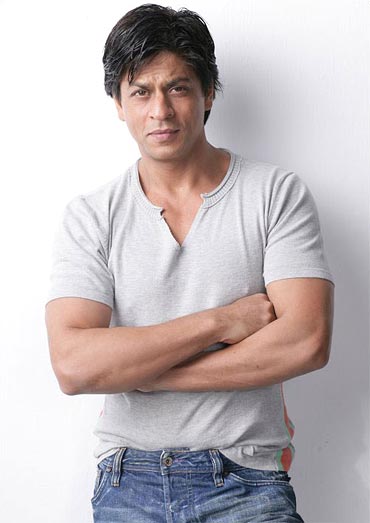 Call it a hobby. Or a latent talent! Sometimes it borders on the obsessive. But our stars are mortal too. And in case you think all they do is twitter away their time, think again.

Neither do they read gossip magazines. Most stars today have something other than their careers which they are passionate about.

Here are some little known facts about our well known celebs.

Post Chak De SRK's name has become synonymous with hockey. Or people feel he is a cricket buff since he became a part of the IPL scenario.

But what Shah Rukh really enjoys is a rough and tough game of foot ball. Whenever King Khan is in Mumbai on Sunday evening one can find him at the grounds of American School in Bandra.

The regulars who play with him are Ritesh Sidwani, Dino Morea and Chunky Pandey. And Shah Rukh always takes his son along hoping Aryan will one day take up the sport professionally. 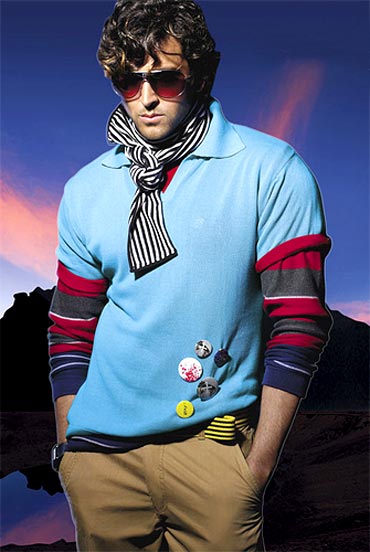 While nobody can predict the film's fate at the box office those who have been lucky enough to watch the film swear by Hrithik's vocal abilities.

Hrithik showed us his dance skills in his maiden venture Kaho Naa Pyaar Hai, but his ability to wield the microphone has come as a surprise to even some of his closest friends.

Hrithik joins all other superstar actors such as Amitabh Bachchan, Aamir Khan who have been singing for their own films. 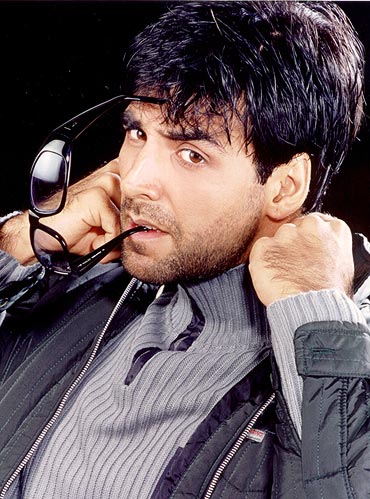 All of us know about Akshay's expertise in the martial arts. But the actor is passionate about adding to his skill sets.

A while ago he was looking for a gymnastics instructor so that both Akshay and his son Aarav could pick up the basics of gymnastics. Or he kept himself busy learning kickboxing. Now he has converted his old spacious flat in Versova into a parkour gym.

While most actors these days follow a strict fitness regimen to do justice to their roles, Akshay wants to be known as the only actor who does all his stunts himself. 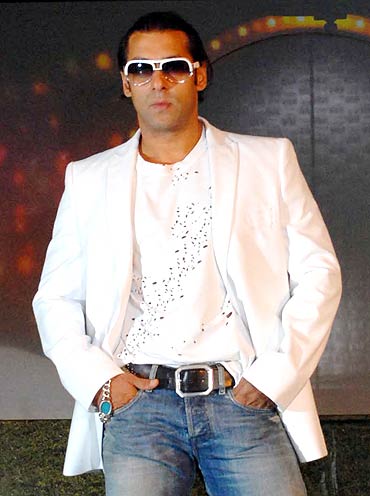 This actor was the natural choice to be gifted a painting as he is a close friend of Sridevi's husband Boney Kapoor. But Sridevi believes Salman is a hugely talented painter.

Ever since Salman turned 40 he has picked up the brush with a vengeance. And he locks up himself in his room and paints late into the night.

The painting which really brought Salman into the limelight was his depiction of Aamir Khan in Ghajini. And Aamir Khan too was floored by Salman's efforts. 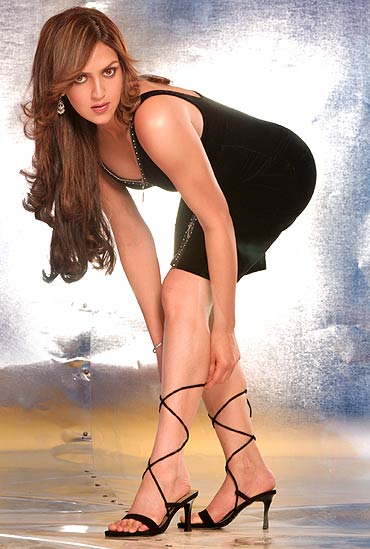 Speaking of football reminds us of another ace player Esha Deol.

This spunky lass was the captain of her football team in school. And she wanted to take up the sport professionally.

But papa Dharmendra was totally against the idea. And unlike her younger sister Ahana, Esha isn't too keen on dancing.

Since she hasn't been flooded with offers lately, Esha has been concentrating on her second love, painting.

Mom Hema Malini of course is going all out to support her in this new venture. 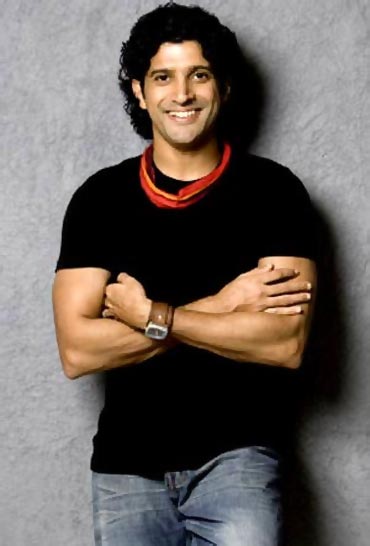 This director-turned-actor is the current heartthrob of the PYTs. And everybody knew about his ability to strum the guitar.

But even his own family was taken aback when this bathroom singer took up the mic for his debut film (as actor) Rock On. And Farhan himself was scared silly about the transition from the bathroom to the microphone.

Particulary the song Tum ho toh... But the song was a chartbuster and Farhan is the only director-cum-actor-cum-singer in B'town today. 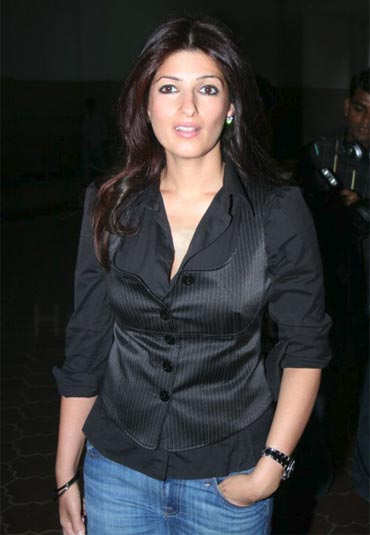 Most actresses look for options when their careers when their acting careers don't take off. But Twinkle Khanna was the exception to the rule.

A part time job with an architect made her realise that interior decoration was what she wanted to do for the rest of her life. She opted out of Awara Paagal Deewana and bid adieu to her acting career simply because acting did not interest her any more.

Guess the creativity runs through the Kapadia family. 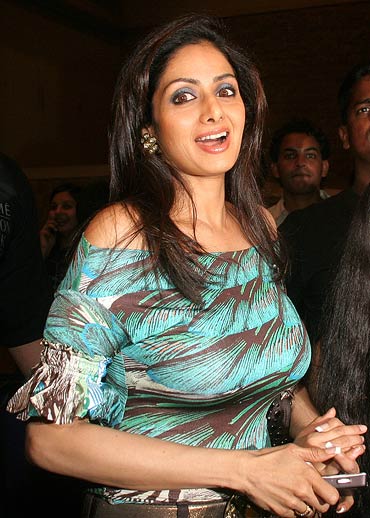 Ever since she retired from the industry Sridevi has kept herself busy with her kids and husband. Fitness is really high on her priorities list.

Most people were completely taken aback when they realised Sridevi has been honing her skills as a painter till one of her paintings was picked up by an international art house and will be auctioned next month.

So far Sridevi has only gifted two paintings, one to Manish Malhotra and the other to Salman Khan.

And Sridevi will plan her first solo show depending on the response at the auction. 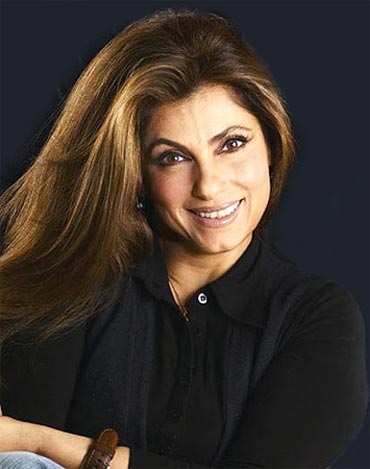 This leading lady of the '80s found a sudden vacuum in her life when she was no longer being offered lead roles. Her children were grown-up and for the first time in her life she had time on her hands. That's when she started Faraway Tree, her candle making venture.

And no it isn't just an investment opportunity; Dimple was completely involved with all aspects of production from designing the candles to cutting the wax.

Apparently each piece she designed was so unique that there was no shortage of takers even if the prices ran into a few thousands of rupees. 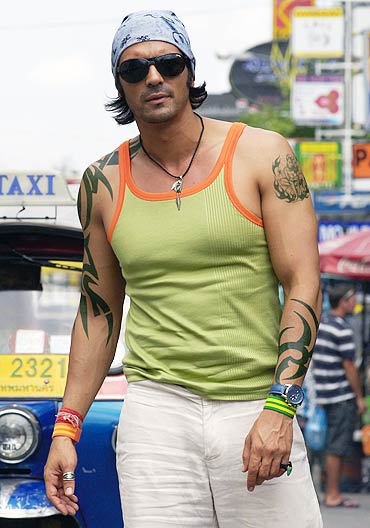 Farhan Akhtar turned singer for Rock On but Arjun Rampal had to take a few lessons on guitar basics. And then Arjun spent a lot of time on the sets in the company of music aficionados, the director Abhishek Kapoor and Farhan Akhtar.

Before they had packed up the shoot for Rock On Rampal knew he had discovered a new passion. Today he keeps on practicing the guitar as when and time permits but he's also hopeful of playing to a live audience one day.

Guess Saif Ali Khan can give him some tips. 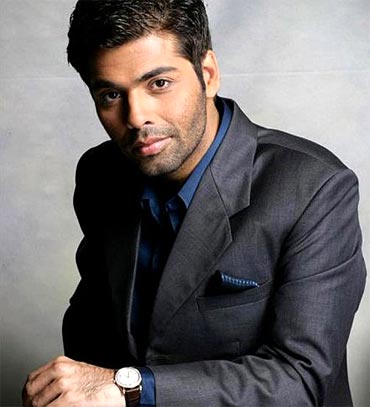 Karan Johar was a student of Greenlawns school, Mumbai. And his science teachers recollect the pages of his journals were always filled with sketches of clothes, clothes and more clothes.

He started out designing for best pal Shah Rukh Khan, untill the India Couture Week last year saw him launch his own label. The producer-cum-director-cum-talk show host has successfully added another feather to his cap.