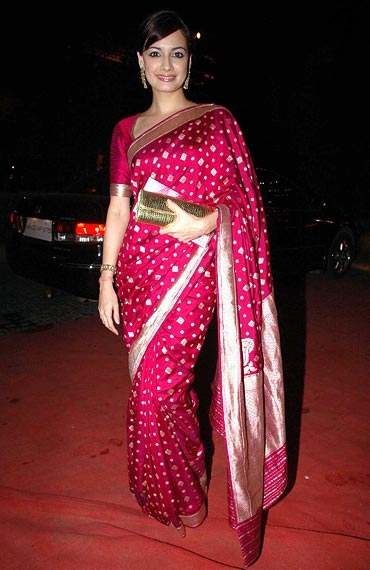 At the recently held Lakme Fashion Week, one witnessed the birth of the new-age sari in terms of its draping style.

Ranging from mildly creative to outright wacky, designers presented an interpretation that is likely to be thumbed down by purists. Wild runway suggestions aside, the sari is best loved in its original, traditional avatar.

Sensual and demure in disposition, this seven-yard of elegance spells loveliness on practically every body type and frame. Even as more and more actresses are jumping on the dress 'n' gown bandwagon, the saris' classic charm remains undisputed.

The actress who stars in the upcoming supernatural caper, Hum Tum Aur Ghost opposite Arshad Warsi, scores a effortless ten on ten for this glorious cranberry-coloured Benarasi number. 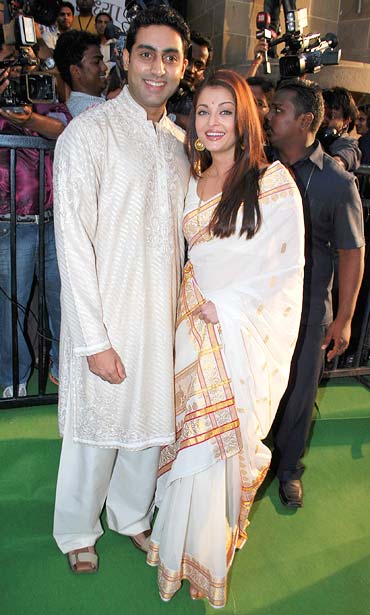 Clearly, Ash loves the sari. Almost every second appearance of Mrs Abhishek Bachchan -- on and off screen, is marked by this resplendent attire.

Be it the elaborate ones designed by Neeta Lulla in Devdas or an understated white and gold woven beauty featured in this picture. 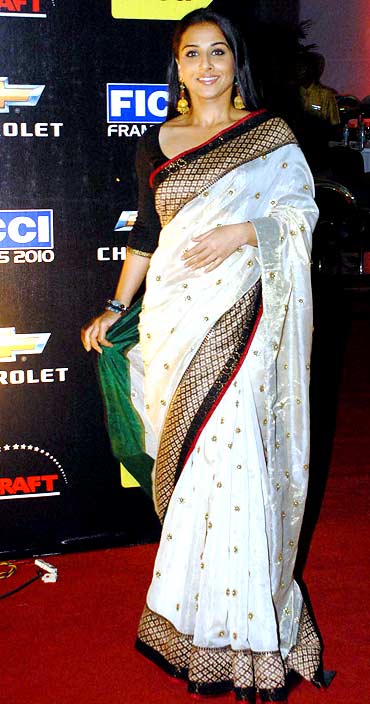 If you can overlook her penchant for monotony, Vidya Balan does justice to Sabyasachi's earthy creations like only she can.

And as much as we appreciate the refinement, the freshness of the look is fast fading out. Time to get out of the comfort zone, Paa girl? 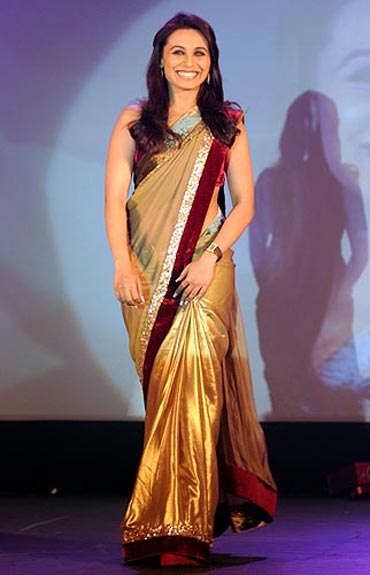 Like Ash, Rani prefers to keep it traditional at most public-dos. And this one's no exception. 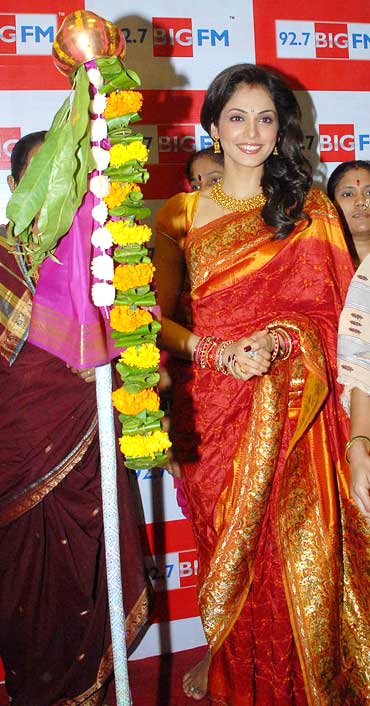 The actress who tied the knot with restaurateur Timmy Narang last November continues to demonstrate a festive mood by donning a classic haldi-kumkum combination while celebrating Gudi Padwa at a public event.

What gives the otherwise ho-hum sari an edge is her puff-sleeve blouse reminiscent of the ones Sharmila Tagore sported in 1971's Amar Prem. 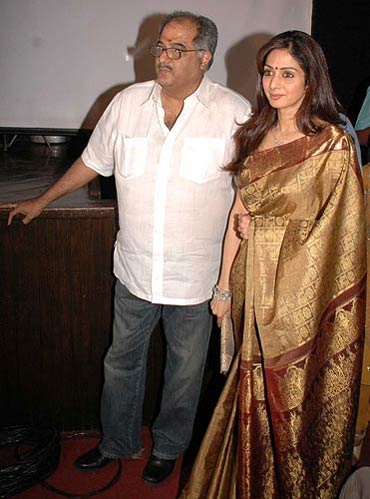 At 40-plus, Sridevi's age-defying gorgeousness is rather aspiring.

What makes the erstwhile numero uno even more exquisite is a consistently tasteful wardrobe.

Sample this rich Kanjeevaram treat on the star rumoured to make a comeback in a sequel to Mr India. 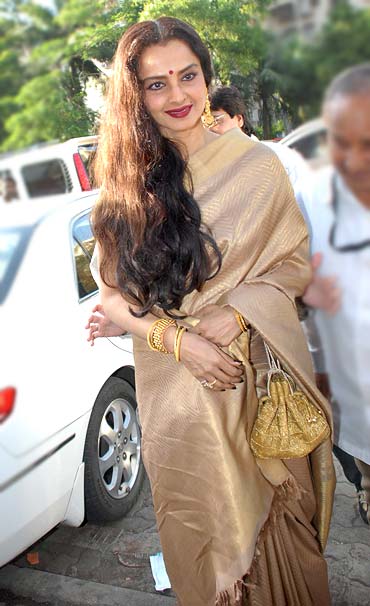 A feature on sari and no mention of the Kanjeevaram queen? Like that's even possible!

While this isn't one of Rekha's best offerings, the eternally glamorous star keeps true to her glittery image in a dull gold pick replete with a draw-stringed batua, berry lip colour et al. 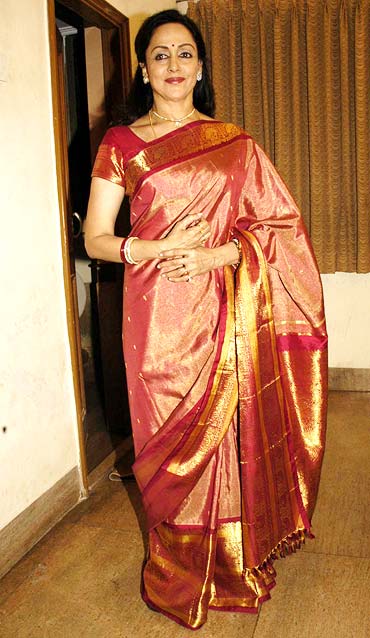 Another Kanjeevaram lover can be found in Bollywood's enduring Dreamgirl, Hema Malini.

Currently working on her production, Tell Me Oh Khuda starring daughter Esha Deol, the 61-year-old stunner lives up to her regal reputation in a glossy rose-pink silk. 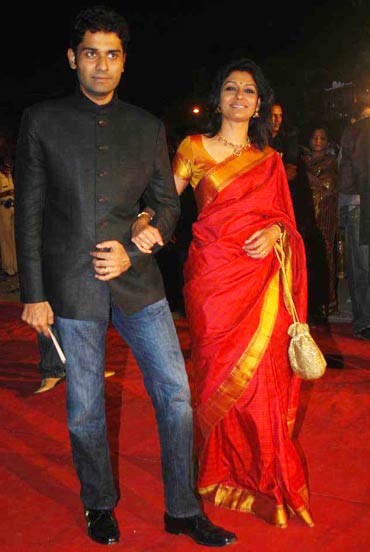 The clarity of her thoughts and non-conformist actions is quite apparent in her movie choices -- both as an artist and filmmaker.

The same standards apply to her wardrobe as well. And so whether it's Cannes or Mumbai, Nandita Das continues to wow in her ethnic style statements.

A far cry from her show girl moves in inconsequential movies (Naqaab, Baabarr), model-turned-actress Urvashi Sharma is fetching and coy in a shiny cream brocade enhanced by an embellished jade border.