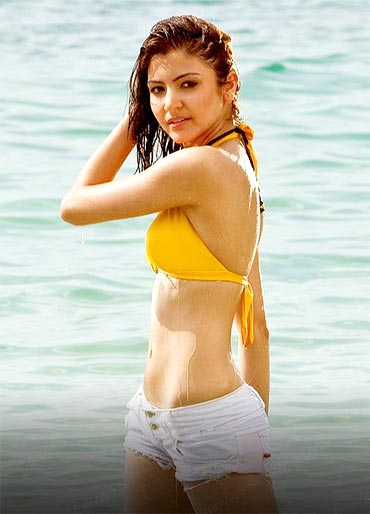 And while a lot of our actresses now are former models who enter the industry already showing their bodies off, a lot go through simple roles before trying to flash their skin and show off their sexier side.

The latest entrant is Anushka Sharma who is donning very little for Badmaash Company.

Making her debut with Aditya Chopra's Rab Ne Bana Di Jodi, the tall and enthusiastic looking Anushka Sharma seemed to have been chosen for her wholesome plainness, her basic everyday looks.

Now, with her very next film for the very same studios, Badmaash Company, Anushka's showing skin and shedding clothes, and lets see how that pans out for her.

Meanwhile, here's a look at some heroines who started simple but turned out sultry: 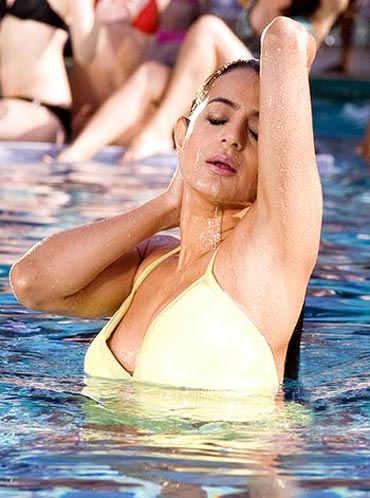 Ameesha started relatively modest in her first release Kaho Naa Pyaar Hai and went all back to basics in her next, Gadar: Ek Prem Katha, but clearly her films now contain as little wardrobe as they do intelligence.

Just sample her donning a yellow bikini for Kunal Kohli's disastrous Thoda Pyaar Thoda Magic and you realise that skin cannot always a career save. 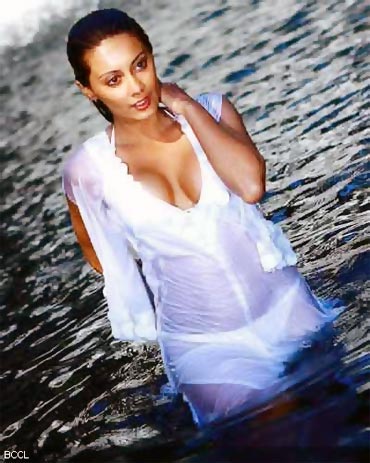 Now, with films like Sanjay Gadhvi's atrocious Kidnap, Lamba's showing a willingness to pour herself into bikinis and prance around under waterfalls.

Audiences so far haven't been showing a willingness to watch said prancing, however. 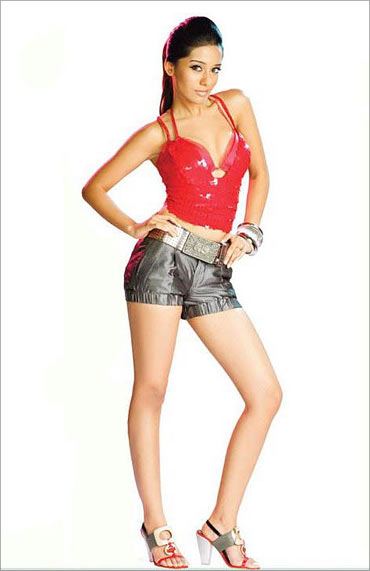 She might have dressed trendy in her first major role as supporting actress in Farah Khan's Main Hoon Na, but there's a line between casually sexy and over-the-top siren.

It's a line Rao skipped over soon enough, going sultry first for Madhur Bhandarkar's Deewar and then getting into bikini and miniskirt mode for movies like My Name Is Anthony Gonzalves and Shortkut. 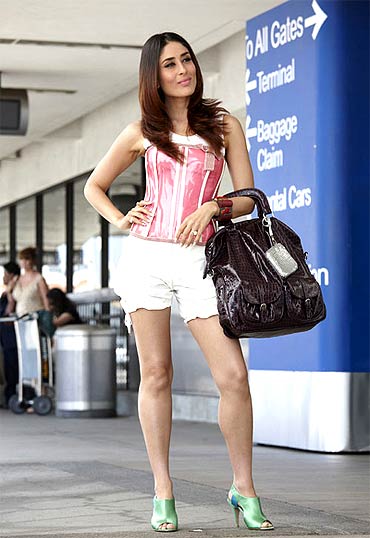 In one of the most austere debuts, Kareena Kapoor let her eyes do most of the talking as she played a simple village girl in JP Dutta's Refugee.

Her clothes stayed on till she sizzled in Santosh Sivan's Asoka a few films later, but the actress stayed away from the scandalous clothes until recently, when she made headlines for her infamously skinny bikini body in Tashan.

She now routinely goes skimpy, even for trashy films like Kambakkhth Ishq. 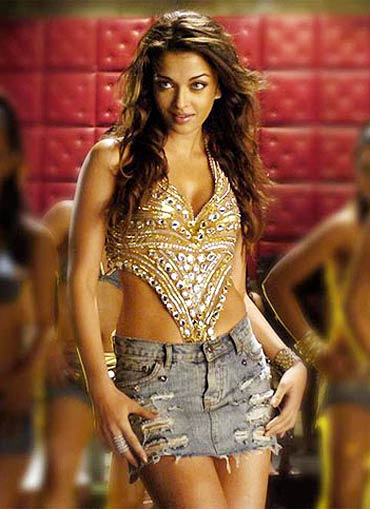 Beginning her cinematic career with Mani Ratnam's Iruvar, Aishwarya's early Hindi film roles were all of simple girls, even in big films like Hum Dil De Chuke Sanam and Taal.

Exposure really wasn't a part of Rai's filmography till much later, after her sexy Bunty Aur Babli item song Kajra Re.

This led to movies like Dhoom 2 -- where her tiny skirts dominated the film's publicity -- and The Pink Panther 2.