With Kaho Na Pyarr Hai, Hrithik Roshan enjoyed the biggest and most successful 'hero' launch ever.

It was widely speculated that Rakesh's handsome, talented son was the next great Bollywood Superstar, following in the footsteps of Amitabh Bachchan and Shah Rukh Khan.

But a decade later, Hrithik's career has, in a word, fizzled, especially since Koi Mil Gaya in 2003. His last hero role came in Jodhaa Akbar in 2008, and he's been off-screen ever since, aside from a special appearance in Zoya Akhtar's Luck By Chance.

Now, after the two-year absence, Hrithik Roshan is back with Kites, produced by his father Rakesh Roshan, directed by Anurag Basu and starring Mexican actress Barbara Mori and Kangna Ranaut.

Hrithik discusses his film, family and his life with Syed Firdaus Ashraf. Excerpts:

Can you tell us about the film? Why did it take so long?

It is a simple love story about two characters who don't share a common language. (Mori speaks Spanish and Hrithik speaks English).

It took two and a half years of my heart and soul to make Kites, and I am very proud of the film. It's not been influenced by any commercial aspects, and nothing in it caters to the gallery.

I was blessed to work with a director like Anurag Basu, whose sensitivity made this film what it is!

'The film does not have one language' 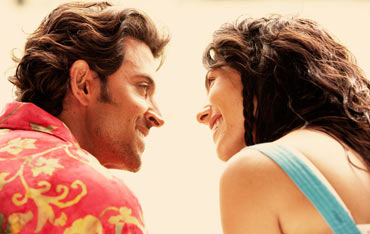 Can we say that Kites is the first truly global Indian film?

Every film has its own destiny. Whether this film finds success internationally -- across the boundaries and barriers of language -- has yet to be seen.

It is a film that I can be proud of and I am presenting it on the world platform.

Is the Spanish language used for a reason in the film?

The film does not have one language. It has English, Spanish and Hindi. It tells the story of an Indian boy from Las Vegas who falls in love with a Spanish girl. Everything happens from there, just how it would happen in real life.

Why did you sing the song Kites?

There was a situation where the character, Jay, sings. Anurag didn't want someone else to sing it. He said, "Even if you don't sing well, it's okay." He wanted to impart honesty to that scene, not make it into a Hindi film song.

Well, I am not a professional singer. I did my best, and I am proud that we attempted something like this and maintained honesty in the song.

How did Barabara Mori come on board for this film?

We were looking for a face that was appropriate for the film -- one that signified the dignity and essence of the character. We went through a lot of actors and models from all over the world.

Then we had no time and had to sign the deal. I told my dad that we wouldn't get the right kind of girl till the last minute, and to wait for five more days. I felt that there was a face and that we should wait for that face.

And the magic happened, finally.

I was in Singapore treating my knee when my dad called me and said that there was one more girl, Barbara Mori from Mexico.

I said, "Okay. One more face." When I saw her and when I heard her speak in TV serials, I immediately called my dad and said, "Just sign her, because she is perfect for the film."

The rest is history. 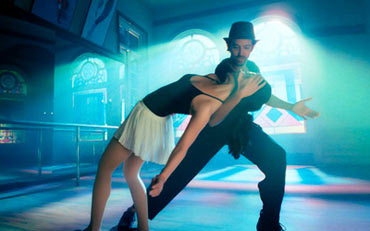 How much Spanish did you learn while doing the film?

I learned a lot of Spanish, but I have a bad memory -- so my vocabulary has vanished. Hopefully, when Barbara comes to India I will get to practice my Spanish again.

You seem to be more involved this time?

It has always been the same, right from the day I was assisting my father as an assistant director. In every single aspect, I had my stupid foolish suggestions. Suddenly he started incorporating those suggests, and that's how I got my confidence.

You have three languages in the film -- Hindi, Spanish and English. So will you have advantage at the box office, because you cover more than half of the world's population?

I feel there is an advantage that we will have Spanish, English and, of course, Indian audiences. It is a film that can cross over internationally, unlike other Hindi films. But of course it all depends on how good the film is.

It is not enough to just have many languages and a Mexican actress. I am very proud with the film, but it all depends on how it is accepted by audiences.

You do very few films. Because of this, do you think Kites will have an advantage and a good opening at the box office?

I don't think star status works for a film. It is the film that matters -- how good or bad the film is decides its destiny. Having a star in a film can be a 'brownie point', but it can take it only so far.

Your father told us that big stars of yesteryear like Dilip Kumar did only one film in two or three years, yet still retained their star status. When you follow their footsteps, by doing fewer films, don't you feel you are depriving your fans?

As a creative person, I think everybody has to have his own space. If I had my way, I would have done 10 films in a year, if I could.

That is my mission, but I can't, because I take time to make a film. Hopefully, I will continue getting better and faster at my art and craft. This year, I will have two films -- Kites and Guzaarish. That should take my average up. 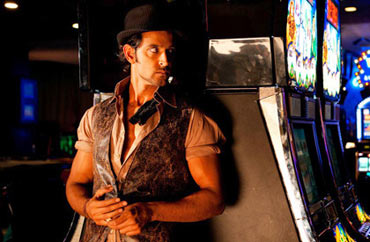 Will you go to Hollywood post-Kites?

I don't see a difference between Hollywood and Bollywood. I am an actor and I want to make good films -- whether they are English or Indian is no major concern of mine.

There are always dreams to be fulfilled. I have been here for the past 10 years, but still I find my glass empty. It is all about the journey and there are dreams which I have not dreamt yet and will want to accomplish later on.

There is a general feeling that after Amitabh Bachchan, Shah Rukh Khan became the next superstar and that you could have been the one to take over from him. But somewhere, in your creativity, did you lose out on that?

Is it true you stop your dad from offering chocolates to your children?

Yes, that is true. I get very concerned. One learns from one's own mistake. I was a chocoholic and I went through torture sessions with my dentist all through my childhood.

I have also learned that the first five years of a child's nutrition becomes his foundation for how healthy he is for the rest of his life. Every parent is concerned, but I do take it too far, maybe. I abstain from giving them food that will not benefit them.

When it comes to health, I have knowledge, information and my own past experiences. So I do put my foot down. I want to do the right things. It is better for my children.

'Working with Anurag Basu was a blessing' 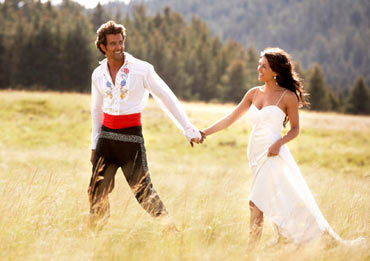 How different or similar are you from your father?

Whatever I am as a working man, I have learned from my father. My foundation was formed by watching my father work.

He has been my school. I have watched him struggle and deal with pain. I have learned his humility. How to be a good worker, how to work without an ego, how to always be on time -- all these I have learned from my father.

We are different, of course. I am bit more sensitive to certain aspects, which is why our combination works. He comes from his school of thought and I bring in this extra element that tweaks it a little bit. That is the combination we have formed. So far it has worked, because we work without egos.

Let us see where Kites takes us!

Didn't you miss him as a director?

Even though he was not the director, he was guiding and supervising us in his silent way. Whenever Anurag wanted something, (my father) got it done.

What about director Anurag Basu?

He bowled me over with all his films. Working with him was a blessing.

He gave me the freedom of flight that an actor needs. I had never been directed like that before. There were no restrictions and there were no calculative instructions. He wanted everything to come from my heart.