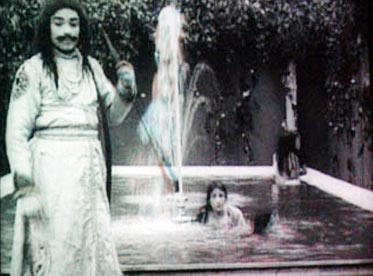 Image: A scene from Raja Harishchandra
Raja Sen in Mumbai

We don't take care of our masterpieces.

While we look to the West for inspiration and themes and technique, we don't seem to be paying attention to our finest, most historically relevant films. Even Satyajit Ray's Apu Trilogy is only as spectacularly viewed as it is now because of a Criterion Collection restoration.

This is a time when technology has the power to reshape a masterpiece, even make The Godfather feel as good as new. Our films deserve the digital shine just as much.

Here, then, are ten films we don't get to see the way they deserve to be. Ten films that haven't been Criterion'd, digitally restored or retouched, with a couple lamentably not even in existence anymore.

India's entry to the Oscars this year was a clever Marathi film called Harishchandrachi Factory, a fictional take on how Dadasaheb Phalke made the first full-length feature film. Ironically, this film itself is not available for viewing.

The National Film Archive has only the first and the last reel out of the film's four reels, and it is tragic that this monumental achievement has been lost to us, seemingly forever. 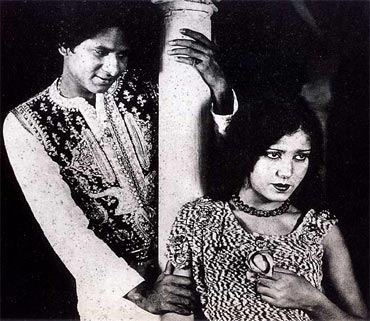 Image: A scene from Alam Ara

Ardeshir Irani's Alam Ara, made in 1931, was India's first talkie. Remarkably, it featured much music, its seven songs setting a template for Indian cinema to this day.

Inspired by Rodgers and Hammerstein's Show Boat, the film is a love story. However, because of a 2003 fire at the National Archives, the film is no longer available for viewing. 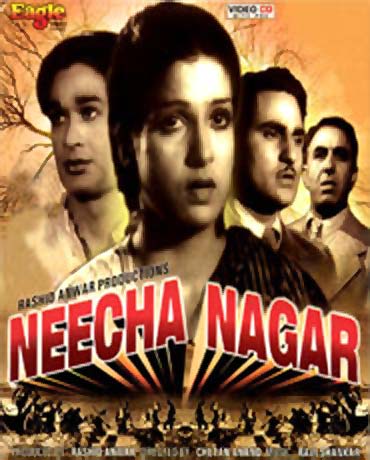 Image: A poster of Neecha Nagar

Chetan Anand's 1946 masterpiece was India's first film to be internationally recognised, winning the Grand Prix at Cannes that year.

Written by Khwaja Ahmad Abbas and based on Maxim Gorky's Lower Depths, the film examined the great divide between the classes.

Much acclaim has also gone to the film's music, marking the first time Ravi Shankar worked on a film. Even now the film, about a tyrant hoarding water for a profit and then opening a hospital to treat those struck by contaminated water, feels alarmingly relevant.

While this film is available, the print leaves a lot to be desired, and this national treasure surely merits a proper digital spit-and-shine. Image: A scene from Chandralekha

S S Vasan's mammoth 1948 epic was shot over five years, and, costing $600,000 to make at the time, remains the most expensive film in Tamil cinema history.

The film, based on a young prince and his intense love for a dancing girl, features many grandly mounted setpieces, including a memorable drum dance and the longest swordfight ever captured on film.

It is just the kind of film, in fact, that would be best appreciated now after digital restoration. 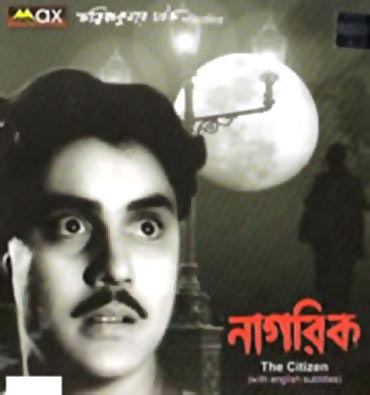 Image: A poster of Nagarik

Ghatak's directorial debut is the story of a young graduate hunting for a job and finding out all the pitfalls grown up life has to offer.

This is a striking, original film that influenced directors like Ray and Guru Dutt, and needs to be restored to its proper glory. 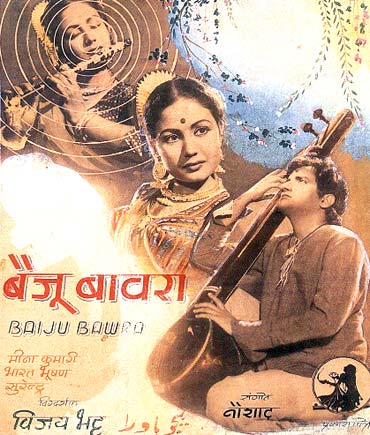 Image: A poster of Baiju Bawra

A massive commercial and critical hit, this 1952 Vijay Bhatt film is one for the ages.

Based obviously on the legendary musician from Akbar's time, the film stars Bharat Bhushan and Meena Kumari, but the true spotlight is on the musicians -- Naushad's melodies, Shakeel Badayuni's words and a roster of singers that included Mohammad Rafi at the height of his powers, Amir Khan, Lata Mangeshkar and DV Paluskar.

Quite an experience, this. 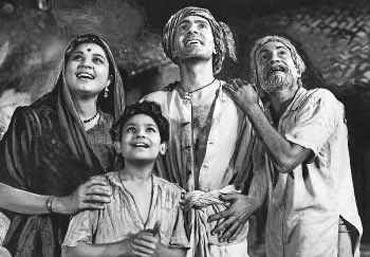 Image: A scene from Do Bigha Zameen

Taking its name from a Tagore poem, the film is about a farmer reeling from a famine, one pushed to severe hardship and yet one sticking to his scruples.

It's a powerful, often applauded film, a commercial success even, but this is the sort of movie that needs restoration to be taken forth to a new cinematic generation. 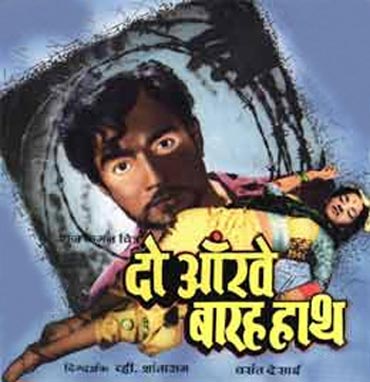 Image: A poster of Do Aankhen Barah Haath

Based strongly on Gandhian thought, the film featured Shantaram himself in the title role and remains one of the single most important Hindi films ever.

While this classic is thankfully available on DVD, it is one that deserves far more than a cursory viewing. Image: A scene from Pyaasa

The poignant tale of an unsuccessful poet, and his love for a prostitute, Pyaasa remains Guru Dutt's crown jewel.

This 1957 masterpiece, with Dutt characteristically in the lead opposite Waheeda Rehman, is rumoured to be based on the life of lyricist Sahir Ludhianvi.

The film, one of the most iconically heartbreaking in our cinema, is fantastically shot by V K Murthy, and deserves to be restored just for its lighting alone. Image: A scene from Jalsaghar

For my money Satyajit Ray's finest film, Jalsaghar (The Music Room) is a haunting character study of a decaying aristocrat who refuses to let go of his feudal ways, even though his power as a landowner has all but vanished.

This 1958 film, Ray's fourth, is possibly the most criminally overlooked by those fine gentlemen at Criterion, and deserves a sparkling hi-definition cleanup.