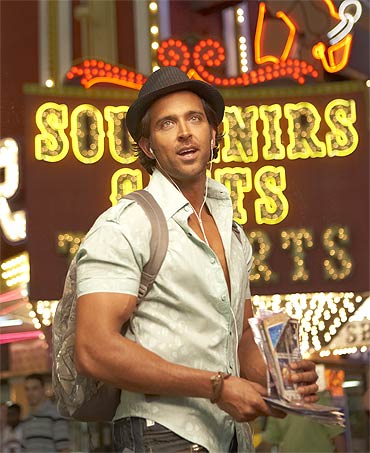 Come summer and most of us itch to pack our bags and head out of town/country to enjoy a much-deserved vacation.

Regardless of what season, movie stars get to travel a lot more frequently thanks to the relentless outdoor schedules.

Not everyone, however, is as fortunate.

No worries. Whether you are hard-pressed for time, short on cash or simply too lazy to budge from that cubicle, here's your chance to sit back and holiday with the stars, Bollywood style to some of the hottest destinations outside India at the click of a button.

So hop on and stay put. Oh yes, bon voyage!

Bollywood's leading hunk is a portrait of a glamorous tourist, standing out in a crowd of aspiring gamblers at the bustling Fremont Street of Las Vegas with his charismatic aura, glitzy back-pack and sleek iPod. 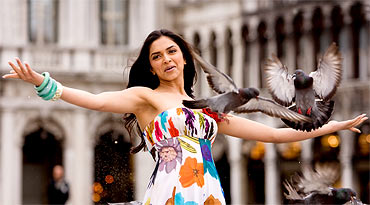 While the pigeons of London's Trafalgar Square and Mumbai's Gateway of India have enjoyed iconic footage in a number of Hindi films, Deepika Padukone lends the ones at St Mark's Square their five seconds of glory as they flutter about her with feverish enthusiasm.

And you thought Venice is all about gondolas? 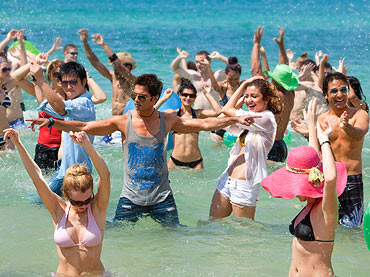 Thailand is best known for its sparkly beaches and pristine water.

Look like the fit 'n' fetching duo of Shahid Kapoor and Anushka Sharma aren't strangers to this fact as they splash their (rather well-prepared) feet into Bangkok's party scene of hot steppers. 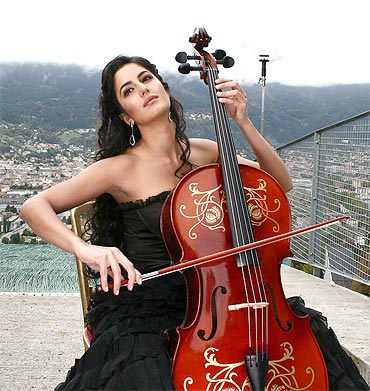 Being in Wolfgang Amadeus Mozart's hometown, Salzburg seems to have made a mellifluous impression on Katrina Kaif.

The doe-eyed beauty makes a rather photogenic statement against the picturesque city with a cello in tow.

How that's for 'soak in the history and culture'? 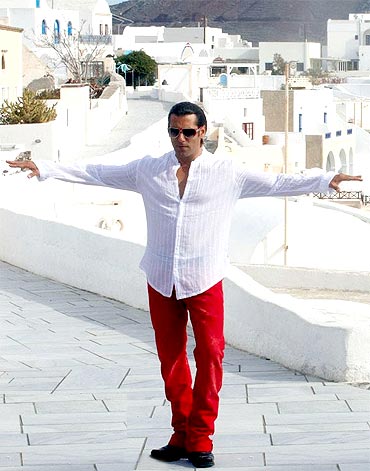 On the scenic island of Santorini, boasting of white-washed architecture and turquoise blue accents, the Wanted star finds a perfect getaway to enjoy some 'me' time and stretch his arms in peace with an air that reads 'Love me. Love my red pants'. 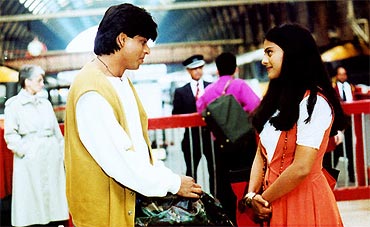 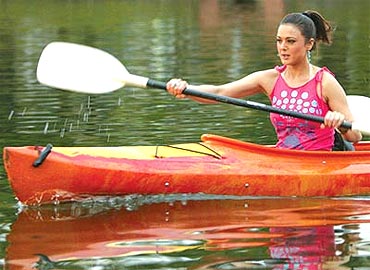 What's a holiday without a little bit of sport or adventure? Ask Preity Zinta!

The actress shows off her dimples and canoeing skills on Melbourne's riverfront with characteristic zing.

Too bad she cannot paddle her way to King's XI's success. 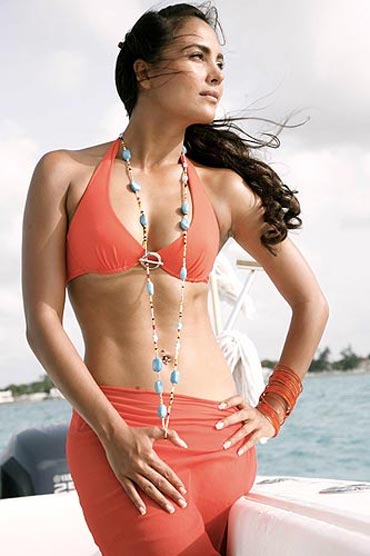 You better shape up and take a crash-course in swimming and scuba diving if you want to indulge in the same thrills as Lara Dutta did during her adventurous stint at the breathtakingly beautiful Bahamas. 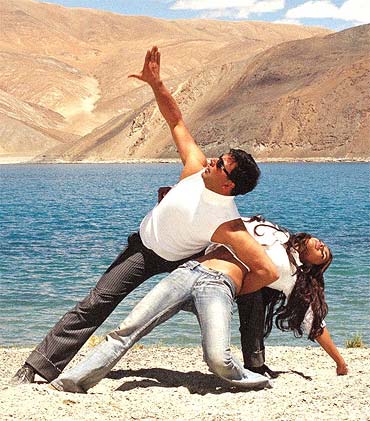 The khiladi meets his match!

Quite some of it is at display as he admires the bright blue sky while casually juggling Priyanka Chopra with his swift backhand. 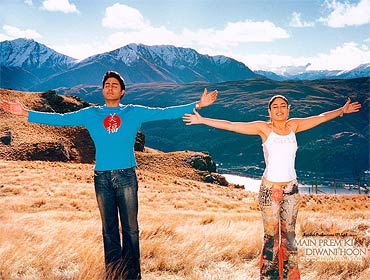 Known for all sorts of outdoor activities from bungee jumping to parasailing, New Zealand brims with nature's wealth and unpolluted energy.

A clearly impressed Bachchan Jr and Bebo soak in the scene's grandeur by striking a classic Titanic pose instead.