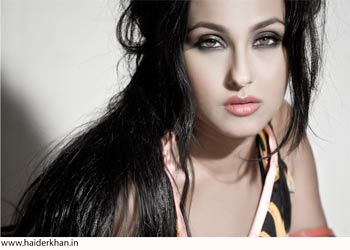 We last saw Rituparna Sengupta in the issue-based Mittal Vs Mittal earlier this year.

Though the film bombed at the box office, the actress who is married to childhood sweetheart Sanjay Chakrabarty, moved on to another movie, Bum Bum Bole, which releases today.

The film directed by Priyadarshan is an adaptation of the hit Iranian film Children of Heaven and also stars Darsheel Safary, Ziyah Vastani and Atul Kulkarni.

Rituparna, who plays an important role in the film, talks about her character, career and future projects. Excerpts:

What is Bum Bum Bole about?

Bum Bum Bole focuses on the life of poor tea leaf-pluckers in Assam. It's a human story about the innocent and beautiful brother-sister relationship, the dilemmas they face and how their overcome them. 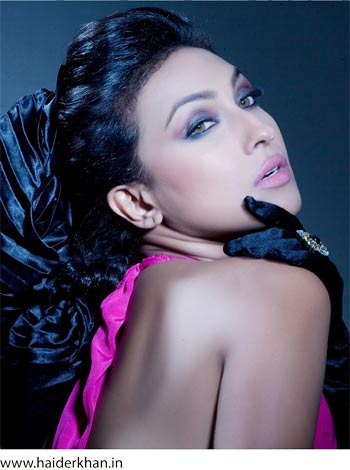 Tell us about your character??

I work in a tea plantation and play Darsheel and Ziyah's mother. The film also shows how she gets exploited and how her husband (Atul Kulkarni) saves her.

Was it difficult playing this role?

It wasn't difficult as I have played lot of emotional roles before. But this role was a more mature one. Priyadarshan told me that I had to go completely de-glam for this role. I was more than happy to work with a director of his calibre and was not looking at the role offered to me.

How was it working with Priyadarshan?

Like I said, it was a pleasure to work with him. He is so organised in directing and scripting. The way he dealt with his team and child actors was amazing. It's definitely the most difficult thing to handle children and to get the best and the right emotions out of them. But he did it so beautifully and without much effort.

It was reported that you bonded well with Priyadarshan and also gifted him Bengalis DVD's?

Yes. I discovered his love for Bengali cinema. So I gifted him a few DVDs of Bengali classics and scripts by Rabindranath Tagore.

'I am little unhappy with the promotion of Bum Bum Bole' 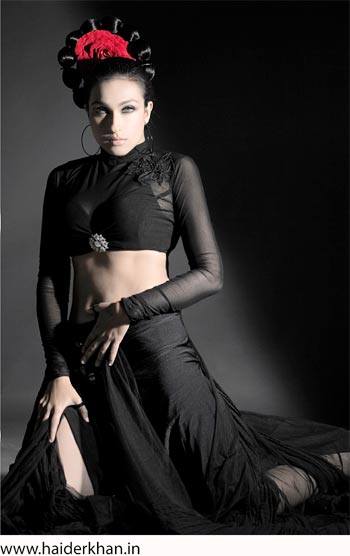 How was your experience of shooting the film?

It was fantastic shooting with children. The entire film is shot on a set created on a hilltop in Ooty. There are areas in Ooty which look very similar to Assam tea estates.

Darsheel is a very talented and a spontaneous actor. Ziyah is cute and when I asked her if she wants to become an actress when she grows up, she replied, "I am already one'.

These kids are so amazing and are a bundle of talent. She is a wonder kid. We had lots of birthdays during our shooting, so it was fun.

What went wrong with your last release Mittal VS Mittal?

The film needed lot of publicity because it was an issue-based film. One of the reasons that the film didn't work could be due to the lack of publicity or wrong timing as it was released during the IPL..

'I am an actress dying to do good work' 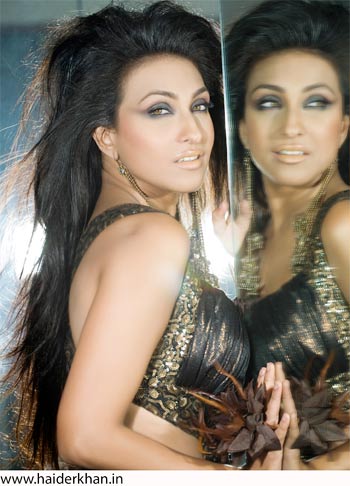 How has your Bollywood journey been?

I am little apprehensive and disappointed with the publicity. To make a film successful, good acting alone is not enough. There are others factors like banner, publicity and marketing.

I am an actress dying to do good work. I would like to do something different. I am a performance-oriented actress who got lots of appreciation for my work. But for any film to work there should be a right kind of publicity and marketing.

For instance Bum Bum Bole is produced by Percept Picture Company and directed by Priyadarshan. I expected a lot more publicity for this movie as Percept had promoted their other movies very well.

I am a little unhappy because it has not been promoted well. All I can say is it's my bad luck [smiles].

'Dancing is in my blood' 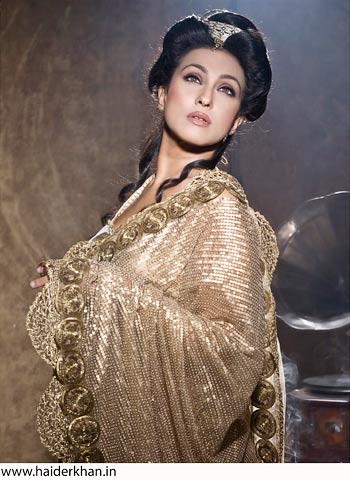 I have done David Dhawan's Do Knot Disturb and then Love Khichdi. I believe that there should be some commercial angle to the movies, as at the end of the day, we are working for an audience.

I want do the kinds of films that gives me meaningful roles, rather than just being a decorative object. I would definitely want to do commercial films, where I can see myself playing important roles.

What type of movies would you like to do? Do you admire anyone in Bollywood and why?

I like Madhuri Dixit, Kajol, Vidya Balan, and Rani Mukherji because they have tried to do something different. I would like to do something similar to what Kajol did in My Name is Khan, Vidya Balan in Parineeta and Rani in Black. There is so much to explore in terms of roles, and it gives creative high when you perform such roles.

Can you tell us more about your dance troupe?

Dancing is in my blood and I am passionate about it. I have been dancing since childhood. I choreograph too. For the last 4-5 years I have paid tribute to Tagore by performing his dance dramas. I have choreographed his dance in different ways -- Chandalika, Shyama, Shapmochon and Mayar Khela. We perform them in India and abroad.

Which are your forthcoming films?