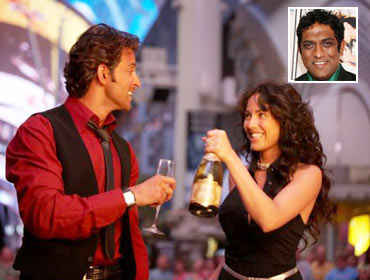 During the 2006 awards season, Rakesh Roshan was surprised to see a film named Gangster competing with his film Krrish.

He knew nothing about the film or its director Anurag Basu. When he saw Gangster, he was awestruck, called up Basu and offered Kites to him. Basu reveals what happened next.

Is it true that Rakesh Roshan asked you to direct Kites after seeing Gangster?

Yes. He saw the film a year after it was released, called and asked if I had a script for Hrithik. I said no. Later, he called me and narrated the idea of Kites, and told me that he wanted me to develop it. I didn't take it seriously, because I thought he wanted me to write the screenplay. Then I met him at the IIFA [International Indian Film Academy] awards and realised that he wanted me to direct the film.

I started writing the script of Kites, a different take on it. I was not sure whether he would like it or not. The script was for a big budget film and required a lot of action. I always thought of Hrithik as an international-caliber actor, so the film needed to be on an international level. This is your biggest film. Are you nervous?

Its budget is the same as the budgets of the rest of my films put together. I am stressed and nervous. The more I think about it, the more nervous I get.

Were you confident about doing a film on a big scale after small films?

It is more difficult to make smaller films. If one can do a small film, that person can do bigger films easily. In big  films,  everything is available. In small films, you have to manage with very little. In fact, when he (Rakesh Roshan) asked me how many days I would take to make a film, I said 90 days. He told me it would take 130 days. I said, 'I have made two films in 130 days.' One day I needed a helicopter shot, so very reluctantly I asked him if I could have it for just a day. He gave it to me for three days. Now, I am spoiled!

And how much did Rakesh Roshan interfere with your work?

I was tense when I started. I am impulsive and indecisive. He's very organised. He wants everything on paper. I guess he got a little irritated when he used to ask what shot I would take in the morning and I would say, 'I don't know. I will go there and decide.'

He must have started wondering what I was doing. I just told him, 'I work this way.' It took a week or 10 days for us to understand each other. He was not there on the sets every day. He is a director, so he knew he should not be there.

'To earn money, I even became a dancer. I feel ashamed to see that song today' 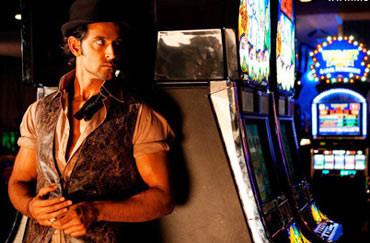 Can you go back to small budget films now?

If you want to experiment, you have to do small-budget films.

Is it true that you saw Casablanca and wanted to be a filmmaker? Tell us about your journey from Bhilai in Chhattisgarh to filmmaking.

More than direction... my forte is screenplay writing. Casablanca is one of the first films that taught me how to do it... the screenplay was superb. My childhood was spent in theatres. My training happened there.

Like any Bengali boy, I wanted to be a doctor or engineer, never a filmmaker. But, after school, I felt I could not do a nine-to-five job. So, I went to Mumbai and took admission in a college.

While studying physics, I was doing everything related to the film industry. I didn't know how to enter the film industry, so I did all kinds of work. I struggled as an actor. To earn money, I even became a dancer. I feel ashamed to see that song today.

'I was a workaholic' 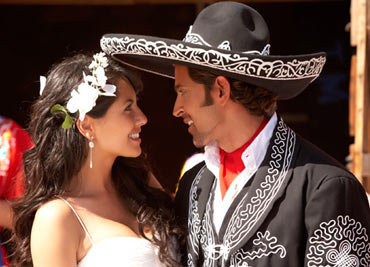 Did you do any film as an actor?

Yes, a Bengali film. I realised the power of the director that time. I wanted to be him.

So, why did you join television?

There was a boom in television then. I met Raman Kumar, director of the serial Tara. My dad knew him. I was the seventh assistant.

Within one year, I started directing the serial. I was fortunate that I didn't have to struggle much. I was a workaholic. Today, when I look back, I cannot believe I did all that work.

'I was diagnosed with acute leukemia, while my wife was pregnant with our first kid' 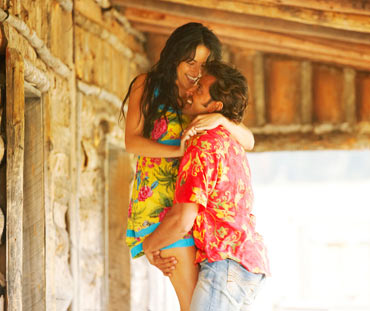 Then you were diagnosed with leukemia...

It was a typical filmi dramatic point. One day I started bleeding from my mouth. I was diagnosed with acute leukemia, while my wife was pregnant with our first kid. At that point, I still didn't know I was suffering from leukemia.

One day, Bhatt saab [producer Mahesh Bhatt, Basu's mentor] came to meet me and he was shaking and weeping. I felt that there was something seriously wrong with me. I was bleeding from everywhere.

I called one of my doctor cousins and was shifted to the Tata Memorial Center (a cancer hospital in Mumbai), where I came to know about my situation. I was put on a ventilator.

I wanted to be okay before my wife's delivery. I wanted to see my child before I died. The doctors told me to have will power and I fought with chemotherapy and medicines.

What did you do after recovering?

I realised that no one would give me work because I was a patient. I understood their viewpoint. I moved backed to television, though I had already directed a hit in Murder.

I wanted to survive and make money for my treatment. I did some small serials for my own production house. After that, Bhatt saab gave me Gangster.