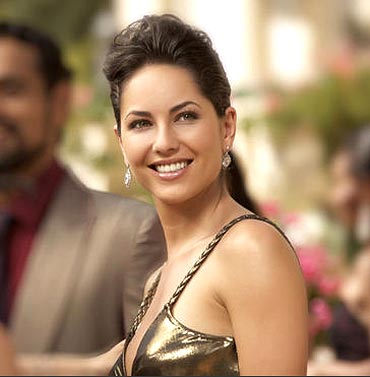 With Kites releasing this Friday, we bring to you Barbara Mori who talks to rediff.com about the film and her fear of dancing.

What was your first reaction when you were offered Kites?

I loved the story, but I was scared of the dancing part. In Mexico we don't dance in our films. I was concerned and told them.

So you didn't dance in the film?

I did, but they took it out. I think I didn't do well.

What was your perception of Indian movies?

In Mexico we don't watch Bollywood films. Before Kites, I had not seen any Bollywood film. When I realised I had to do Kites, I started doing research and watching Hrithik films.

'I always wanted to go to India for a vacation' 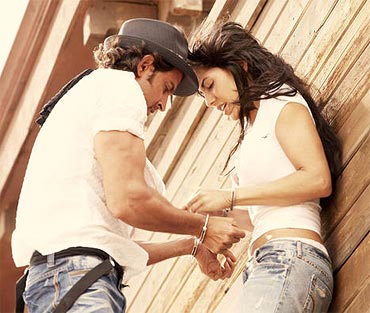 Why is it that Indian films don't work for Mexicans?

What did you think of India before doing the film?

I didn't know much about the place. I always wanted to go to India for a vacation. I knew it was a spiritual place.

'I didn't realise Hrithik was a big star in India' 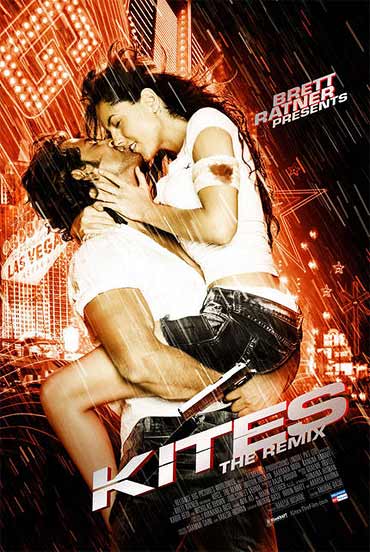 Image: A scenr from Kites

What is your role in the film?

My name is Natasha, a Mexican girl from a big family. She travels to the United States, where she meets a rich guy and feels that he is the right person to fall in love. Later, she meets another guy and realises he is her true love. She has to decide between love and money.

Did you know Hrithik Roshan was a big star in India?

I didn't. I realised he was huge when I went to India and the Maldives. 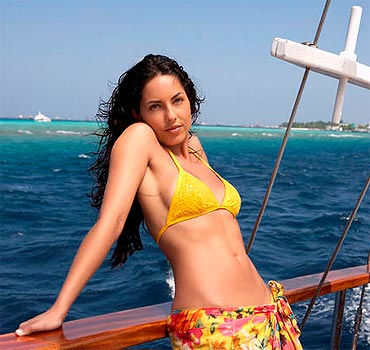 Do you feel this film can appeal to the Spanish market?

I am hoping Kites is released in Mexico and Hrithik becomes a big star in Mexico too. I think the film will make an impact and Bollywood will get recognised.

What are the similarities between Indian and Mexico culture?

It could be food. We have spicy food in Mexico just like in India. And, of course, Mexican men are like Indian men. 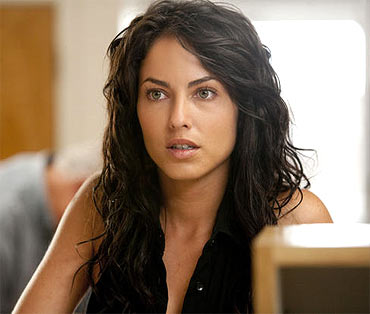 What did you learn about India on your visit?

Indians have something special. Everybody is spiritual. I see poor people on the street and they smile. The look in their eyes is so peaceful and that surprises me.

What about the indiscipline in Bollywood? Did you find it difficult?

Yes, sometimes when I came on the sets I didn't know what to do. Sometimes it was a mess.

Are you looking forward to doing more Bollywood films?

Yes. I am in talks with other producers.