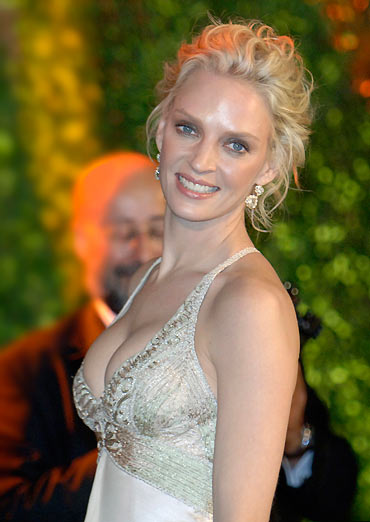 "She's up there in goddess territory," Quentin Tarantino had once said of Uma Thurman, placing her alongside legendary leading ladies like Greta Garbo and Marlene Dietrich.

And while Tarantino's fondness for his muse is obviously biased, it really does seem justified looking at Uma's whimsical career trajectory and her enduring global appeal.

Now 40, Uma Thurman is recovering from the biggest flop in her career, Motherhood. Yet worry not, for this blonde stunner is no stranger to flops. Read on, for a quick look at Thurman's life and career. 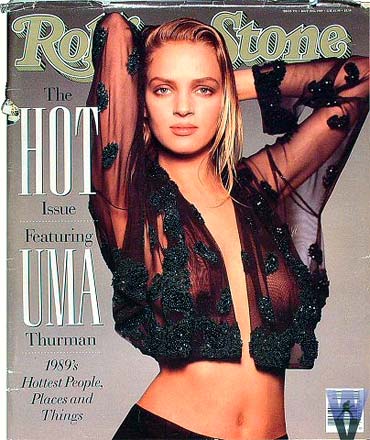 A name like Uma Karuna Thurman has to have a fascinating backstory, and this particular actress, as always, doesn't disappoint.

Her Swedish-German mother was a model born in Mexico City, who was briefly married to acid icon Timothy Leary (after being introduced to him by surrealist genius Salvador Dali) before she met her second husband Robert Thurman.

Columbia University's authority on Tibettan Buddhist studies, Robert is the first Westerner to be ordained as a Buddhist Monk, and Uma Karuna -- with  brothers Ganden, Dechen and Mipam and half-sister Taya -- were brought up as Buddhist.

In fact, Wikipedia informs, they spent a significant part of their childhood in Almora, India, where an occasional dinner guest would be the Dalai Lama. 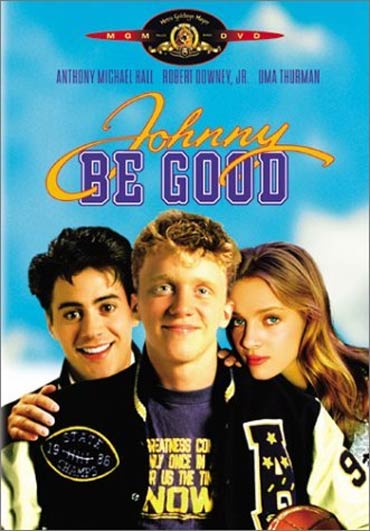 Image: A scene from Johnny Be Good

Turning 5'10" when she was thirteen meant an awkward adolescence for the gangly Uma, and she became a fashion model at the age of 15.

She made her movie debut in 1998, with Johnny Be Good, though she was noticed more for flashing young skin in films like Terry Gilliam's The Adventures Of Baron Munchausen, where she played a memorable Venus, and Stephen Frears' Dangerous Liasons, where she held her own alongside such stellar talent as Glenn Close and Michelle Pfeiffer. 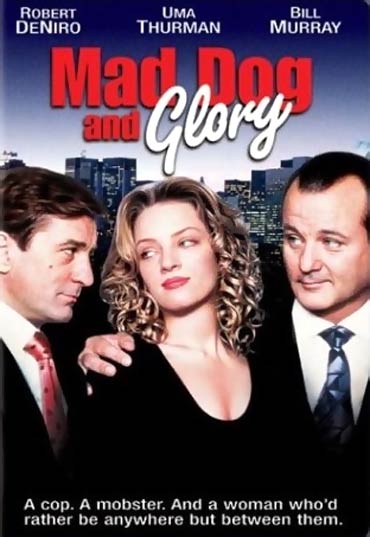 Image: A scene from Mad Dog and Glory

Uma got good reviews for Henry & June but horrid ones for Even Cowgirls Get The Blues, marking what would turn out to be a career-long trend: big success, critical and commercial, immediately countered with turkeys.

After a romantic comedy opposite Robert De Niro called Mad Dog & Glory flopped, Uma auditioned for Stanley Kubrick for a movie he never made, and for a director called Quentin Tarantino. 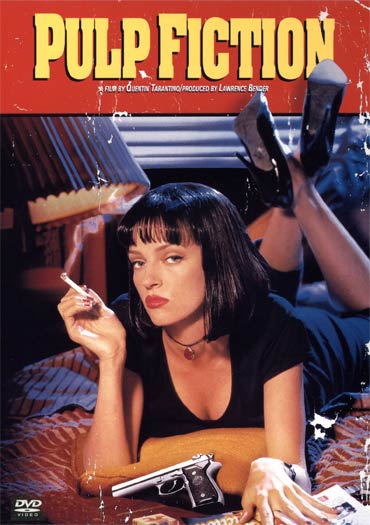 Image: A scene from Pulp Fiction

Tarantino's Pulp Fiction -- where Thurman played the saucy, irresistible drug-loving Mrs Mia Wallace -- made her an instant superstar, fetching her a Best Supporting Actress nomination at the Oscars.

Then, the rollercoaster continued.

The Truth About Cats And Dogs worked, Gattaca didn't. Batman & Robin was a colossal failure she personally got good reviews from, while The Avengers was a massive flop.

Low rent films like Hysterical Blindness got her acclaim, while John Woo's Paycheck didn't really click for her. Image: A scene from Kill Bill

Then came Tarantino's Kill Bill, where the character of The Bride -- co-created by Quentin and Uma -- became a massive icon for female empowerment.

She sliced and diced with a samurai sword and acted like a dream, and her goddess status was cemented in history.

Now, while she seems to be doing some films for fun and some for the craft, Uma hasn't had a big hit in a while. And her last film, Motherhood, is the biggest flop in British cinema history.

Yet will she back? You can count on it. This woman's forty, and nothing near done.