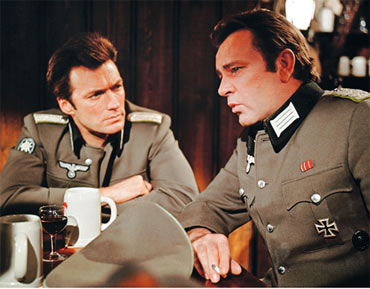 There's very little that hasn't been written about Clint Eastwood, eulogising the man in his 80th year (he turns 80 today) as he remarkably continues to make movies at a faster gallop than men one-third his age.

A favourite of both Oscars and audiences, the cowboy keeps riding on, and all we can do is salute him.

Therefore, when Rediff asked me to write about Clint, I decided to pick moments. Moments of action, wit, savagery, subtlety, nuance, machismo and sheer overwhelming awesomeness.

So here's my best of Clint, in his own words:

In this multistarrer classic war film, Eastwood's Morris Schaffer swiftly dispatches of a German soldier with a knife.

Schaffer, wryly: "Fear lent him wings, as the saying goes." 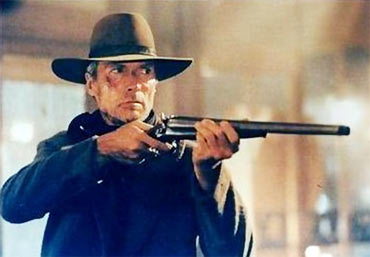 When Clint's lethal Will Munny makes a threat before walking out of a building, he really doesn't leave a goddarned stone unturned: 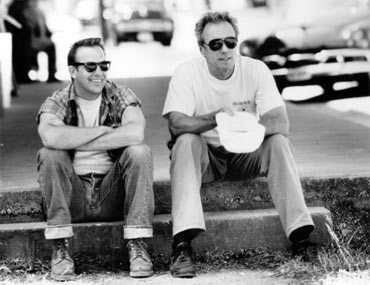 Eastwood's Red Garnett gets brusque with the enthused Sally Gerber after she uses too many 'fancy words.'

Sally: The idea is that an understanding of the particular behavioral case histories should, in parole situations, help the subject to avoid habitual traps and, in penal escape situations could, conversely, identify those self-same traps as an aid to apprehension. 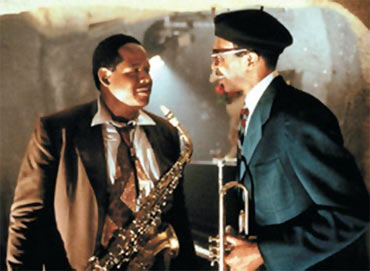 Eastwood's Bird, about legendary saxophonist Charlie Parker, is one of his finest, and even though the film didn't star Eastwood -- with Forest Whitaker playing Parker and winning a Best Actor prize at Cannes -- the film has his stamp all over it.

Here's where Charlie's wife Chan asks him about getting back in touch with Dizzy Gillespie:

Chan: Dizzy sent you a birthday card. Seems he's back in town. Do you owe him a phone call? Charlie: I owe Dizzy everything... except a phone call.

6. For A Few Dollars More 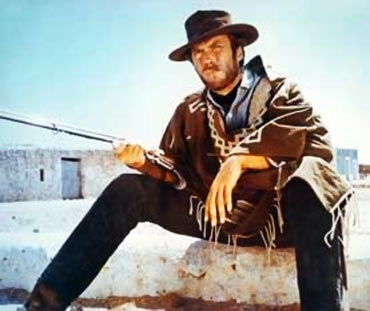 He fumbles, as if the number isn't right. Another outlaw approaches, and Monco turns and fires, killing him instantly. 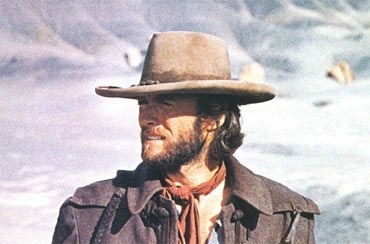 And then there were times Eastwood played the outlaw instead of the bounty hunter, and here he is as the legendary Josey Wales, expressing scorn at the bounty boys:

Bounty hunter: A man's got to do something for a living. 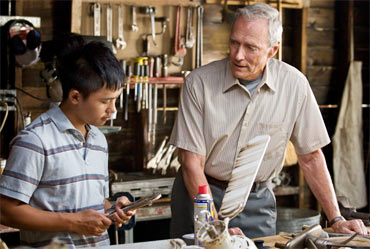 Clint's grizzled Walt Kowalski, in response to a priest asking why he didn't call the police instead of taking matters into his own hands:

"Well, you know.. I prayed for them to come, but nobody answered." 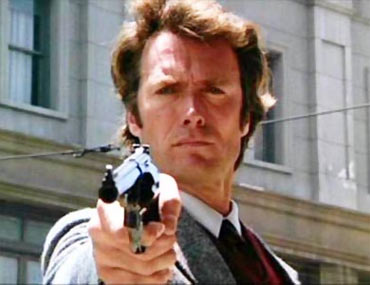 Eastwood's Harry Callahan utters one of the most quoted lines of all time:

"I know what you're thinking. "Did he fire six shots or only five?" Well, to tell you the truth, in all this excitement I kind of lost track myself. But being as this is a .44 Magnum, the most powerful handgun in the world, and would blow your head clean off, you've got to ask yourself one question: "Do I feel lucky?" Well, do ya, punk?"

2. A Fistful Of Dollars 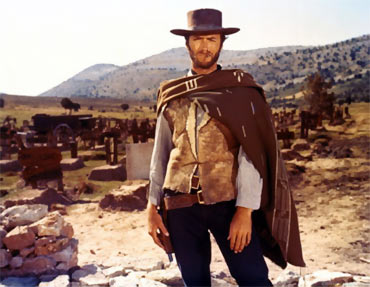 Eastwood's Man With No Name showing extreme overconfidence as he tells an undertaker to prepare for a gunfight:

And after the very same gunfight:

1. The Good The Bad The Ugly 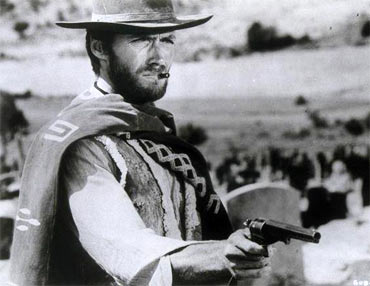 Eastwood's Blondie to Eli Wallach's Tuco, after Tuco realises his gun is out of bullets:

"You see in this world there's two kinds of people, my friend. Those with loaded guns, and those who dig. You dig."