From YMC's Jessie to Indu 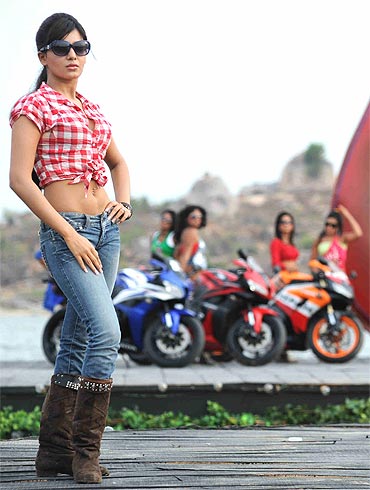 She stole hearts as the simple Jessie in her memorable debut. In fact her performance was so good that she's still known as Jessie.

After the blockbuster YMC, she's got plum projects with top stars of the Telugu film industry, two of them -- Brindavanam and Dookudu -- with NTR (Jr) and Mahesh Babu, respectively.

In this interview, she describes the experience of working in her second film Brindavanam produced by Dil Raju and directed by Vamsi Paidipally. The film releases this Thursday (October 14).

What is it about Brindavanam that made you sign it?

Everything. The moment it was narrated, I said yes.

Didn't the fact that the film has two heroines bother you?

I've been asked this question many times. The script demanded it. Since it's a triangular love story, there will be two heroines.

'I wouldn't put Samantha into Indu' 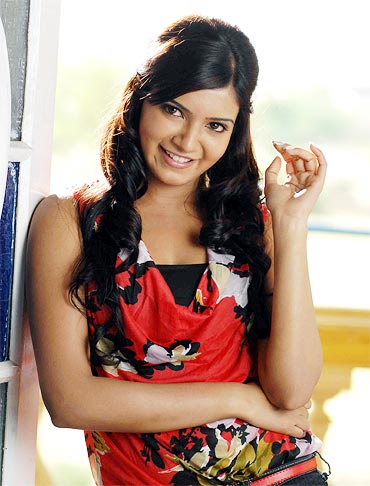 Can you tell us about your role?

I play Indu who's from the city. She is a peaceful and peppy girl who is happy and lives for the moment. At the same time there's depth in her character. She's an intelligent girl.

Could you relate to the character?

As a present day girl, I can relate to her. But I wouldn't put Samantha into Indu.

How did you approach the role?

Director Vamsi (Paidipally) had a clear understanding of the role and so it became easy for me to play it.

'Half the industry is in Brindavanam' 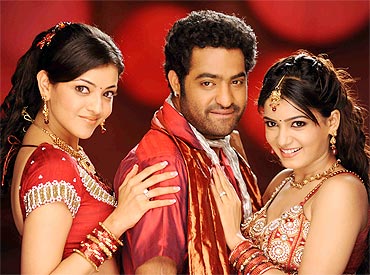 This is your second Telugu film and you are working with a popular mass hero. How was NTR (Jr) as a co-star?

It was fabulous to work with him so early in my career. It was an experience working with him. We all know he is a good actor. His passion and commitment to the job surprised me. He was so prompt and perfect. It was nice to see his dedication. There was no laziness, no leniency. It helped me pick up these attributes.

How different was it working this film as compared to Ye Maaya Chesaave? There you had a realistic role...

I approached YMC without any responsibility, without any baggage and pressure. I surrendered myself to the role taking in whatever Gautham Menon said.

After YMC, it is a lot more difficult now as there is pressure and responsibility. Half the industry is in Brindavanam and everything about the film is larger than life. I am trying to keep up with the bigger stars. It is demanding. You want to give your best with experienced people and I try to put in my best. 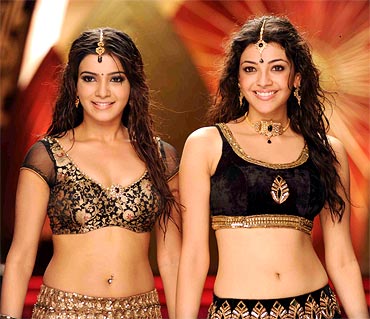 How was it sharing space with Kajal Agarwal? Did you two interact a lot?

We have become close friends. She never treated me as a newcomer or made me feel insecure. She's extremely beautiful, talented and professional.

Dil Raju is considered a successful producer. Were you happy you got such a big banner to work in your second film. Do you think you were lucky?

Of course I am lucky. I don't know what I've done in the past but everything seems to be going right.

Brindavanam is also Vamsi Paidipally's second film. How was it being directed by him?

I feel Vamsi is a close friend now. He is an amazing director. He is sure of what he wants and he will go a long way in the industry. Everyone was wonderful to me.

'I have not been able to even digest the accolades' 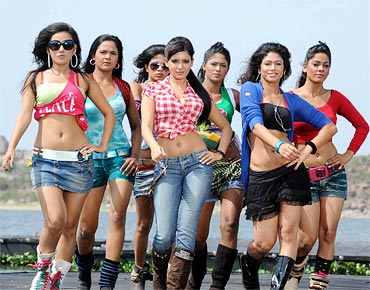 You said Brindavanam is a love triangle. Could you elaborate a bit more on the film?

It's a family entertainer which will appeal to all age groups. It has all the ingredients.

Ye Maaya Chesaave was a dream debut. You got accolades and lot of praise for your maiden film. Is that pressure working on you now?

Of course. I have not been able to even digest the accolades. The effect of pressure and responsibility is more now. I have become very particular about what I am doing now. It is great to be accepted as Jessie (the character in YMC) but to break out of that image is an impossible feat. I hope the audience will accept me as Indu (Brindavanam), a different character.

'I don't take credit at all for YMC' 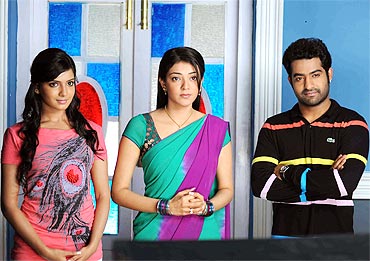 What made you sign Srinu Vytla's film with Mahesh Babu titled Dookudu?

What wouldn't make me do it? [Laughs]

Would you be juggling Tamil and Telugu films?

I would do both depending on the script and director.

How does it feel to be a hot and glamorous heroine?

I credit YMC to Gautham Menon. I would reply to this question after doing my third or fourth film. I don't take credit at all for YMC. When you are working with Gautham Menon, you can't go wrong. You just listen to him and trust his judgement.

How does it feel to be in the Telugu industry now that you have done two films?

I feel Iike I'm meant to be here. I may sound arrogant but I am not. They treat me like one of them. They have made me feel at home. It's like a second home to me now.