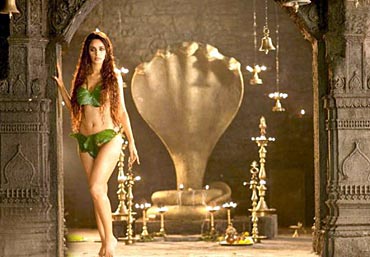 Image: A scene from Hisss

From Kaa to Boa, reel-life snakes, whether in live-action or animation, are almost always the ultimate nemesis. India, however, offers a better deal to these slithering creatures owing to their mythological roots what with Lord Shiva wearing one around like a garland as a mark of wisdom.

And while the West doled out its fictional comic-book heroes like Batman and Spiderman, we've got our very own Nagraj -- the Serpent King with innumerable superpowers. So it's no surprise that Bollywood has conflicting interpretations for this reptile in its movies -- both as friend and enemy.

With Hisss, directed by Hollywood's Jennifer Lynch starring Mallika Sherawat in all her prosthetic creepiness is all set to spew venom on its wrongdoers, rediff.com lists some of Bollywood's best-known snake movies. 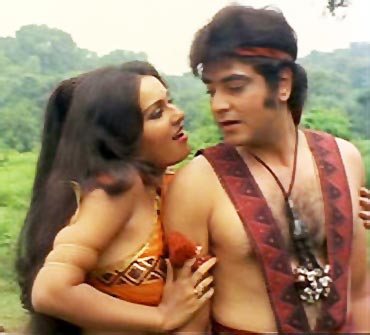 Image: A scene from Nagin

Unlike the 1954 movie of the same name featuring Vyjayanthimala which was a Romeo-Juliet brand of romance woven against two warring tribes trading in snake poison, the super-hit 1976 multi-starrer, directed by Rajkumar Kohli roped in stars like Sunil Dutt, Feroz Khan, Vinod Mehra, Mumtaz, Rekha, Jeetendra and Reena Roy as its eponymous heroine as a she-snake on a vengeance trail after her mate is slain by a group of guys. Image: A scene from Nagina

In this snake-mortal romance, Rishi Kapoor falls for the charms of Sri's beguiling ways and blue cosmetic lenses without realising she's actually a cobra who can change into human form.

The duo gets married but an evil snake charmer on the pursuit of an all-powerful jewel won't let this become a happily ever-after.

Following the supernatural film's smashing box office response; Malhotra came up with its sequel Nigaahen with Sri and Sunny Deol but failed to repeat its predecessor's success. 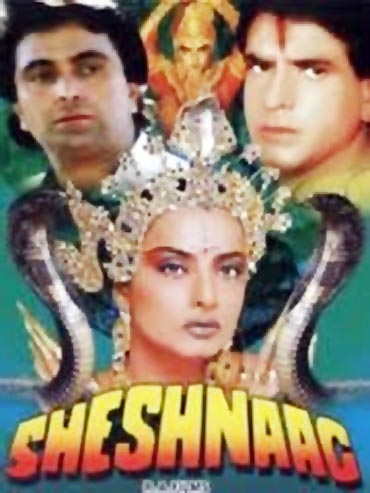 Image: A poster of Sheshnaag

What happens when a deadly snake woman decides to punish her enemy with poisonous looks and dramatic dancing?

What instead grabs your attention is the outlandish headgears and garish attire worn by its star protagonists. 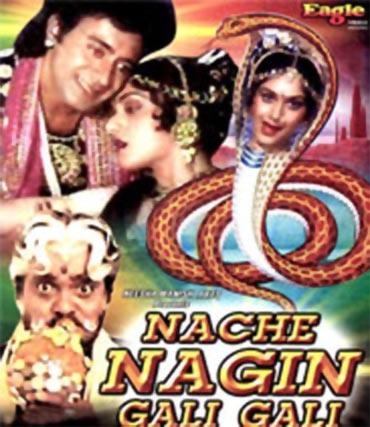 Even Meenakshi Seshadri couldn't escape the lure of playing a seductive snake-woman in Nache Nagin Gali Gali along with Nitish Bharadwaj, best known for his memorable portrayal of Lord Krishna in B R Chopra's television epic, Mahabharata. 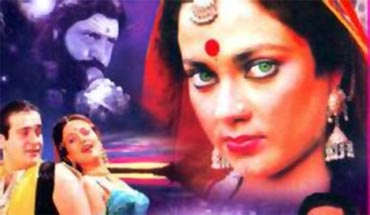 Image: A scene from Naag Nagin

After flaunting her assets under a gushing waterfall in Raj Kapoor's Ram Teri Ganga Maili, Mandakini reunited with her first co-star Rajiv Kapoor to slip into the slippery skins of Naag Nagin, an obscure 1989 B-grader. One look at director Shantilal Soni's filmography and his fascination for snake-themed movies is quite apparent what with titles like Naag Devata, Mahashivratri, Naag Mandir, Naag Mere Saathi and Nagin Aur Suhagan.

In the last one, Bollywood's screen mom Reeta Bhaduri plays a woman who rescues a family from the fury of a scorned Naag Kanya. 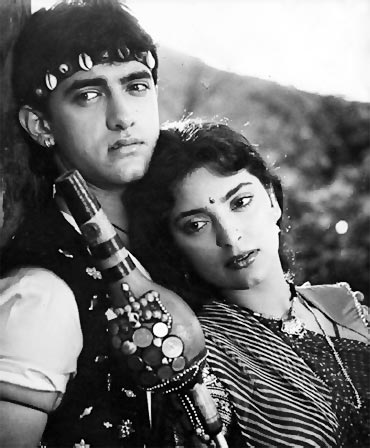 Long before Aamir Khan established his credentials as a perfectionist, he signed on career-best embarrassments like Tum Mere Ho.

Here's the deal, Khan plays an impoverished snake-charmer with paranormal gifts and is in love with a wealthy man's daughter, a development that meets with expected resistance.

At the same time, he runs into some trouble with a snake couple proficient in taking human form. 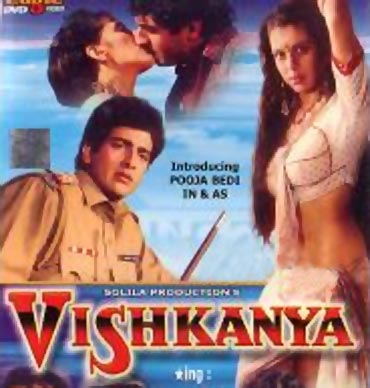 Image: A poster of Vishkanya

In Bollywood, snakes and sexuality go hand in hand.

With venom injected in her system, she's pretty much a serpent in the garb of a hot woman.

And that makes hunting for unsuspecting prey no less than child's play for Pooja Bedi in her super lame acting debut, Vishkanya. Image: A scene from Videsh

And in the process, lends her strength to deal with her current situation. Kooky but true.