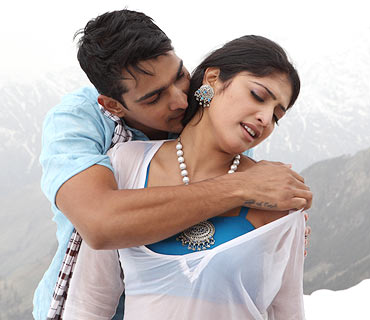 Harshvardhan (Harsh) Rane was a popular face in the Hindi serial Left Right Left on Sab TV a while ago.

Recently he was seen in the play A Streetcar Named Desire. Trained by theatre director and teacher Barry John, Harsh has been involved with theatre for about two years.

He grew up in Gwalior and later worked with an ad firm in Delhi before shifting to Mumbai to pursue his dream of acting.

You did a Hindi serial Left Right Left on television. How did you land up in a Telugu film Thakita Thakita?

I was born in Rajahmundry (Andhra Pradesh). I did theatre in Mumbai after being trained by Barry John. I had gone to meet Abbas Tyrewala at his office but I entered the wrong room where director Srihari Nanu and another person were auditioning.

They asked me if I would be interested in audition. I didn't think twice and gave the audition. Bharat Sir (Thakur) saw the video of the audition and recognised me as he had seen me in a play. We met and then after two months, he called me to sign the film. 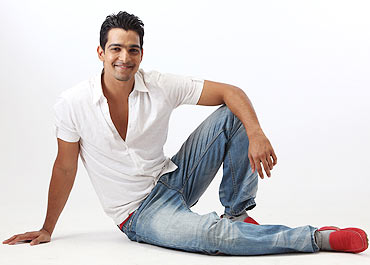 Thakita Thakita is your maiden feature film. How did you prepare for it?

Bharat sir got all of us (boys and girls) to Hyderabad into an empty bungalow which was subsequently furnished.

The five of us (four girls and Harsh, Trinethrudu was a local person) stayed there and that's how our journey began.

We would wake up at 6 am, jog, do yoga for about two hours and then have breakfast. Bharat sir planned our diet. I was very beefy so I had to tone down. Then there were Telugu classes for two hours. After lunch, we were shown Telugu films followed by acting workshops and dance classes. The day would end by 9.30-10 pm.

How long did this regimen continue?

For 6 months. The dance classes helped me as I didn't know how to dance. We started shooting scenes on a high definition camera (on the weekends). Bharat sir would oversee all of this. It was like a complete academy. I had never gone through this regimen even though I had done acting classes with Barry John.

After six months of rigorous training, Bharat sir gave the green signal to start shooting. I am grateful to Bharat sir because of his vision and foresight and for believing in a newcomer like me. He polished me.

'When I heard the script in English, I couldn't stop laughing' 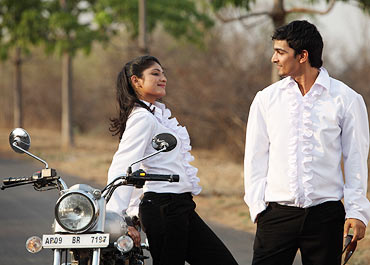 Is the cast chosen from different parts of India?

Yes, the cast is from Mumbai, Delhi and even London. Bharat sir has yoga centres all over the country. Some of those selected initially for training were replaced because Bharat sir was particular about the look.

When I heard the script in English, I couldn't stop laughing as there was situational comedy. There was a message as well. It was like Bharat sir's role and his style of teaching. You will have fun and also realise there is a message.

Was learning Telugu easy or difficult?

I don't know. I'm half Telugu. My mom is Telugu and dad, a Maharashtrian. I was brought up in Gwalior. I was exposed to English, Hindi and Marathi. I heard my mom speak to her family in Telugu so I got the hang of it. Also I loved putharekhalu (a typical Andhra sweet), rasam, lemon rice and murukkus (savoury dish).

'Nagarjuna sir was never bothered about his looks' 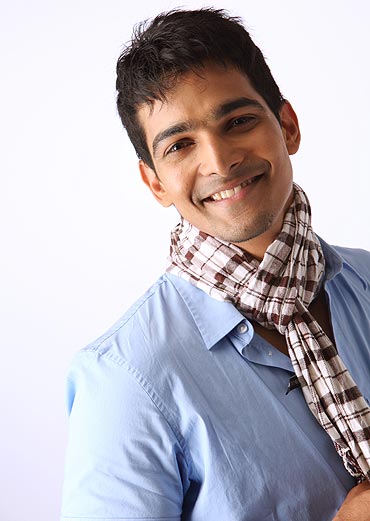 You are the lead protagonist. What is your role in the film?

I play Sri, a naughty college guy who lies a lot and does wrong things. When people get into trouble, he too gets into trouble. But he has his own principles and beliefs which he never breaks and that makes the difference. He's a fun-loving brilliant guy.

Nagarjuna and Anushka play themselves in the film, while Bhumika also has a role. How was it working with them? Were you in awe of them?

When I was a child, I got an opportunity to see all the big players in a cricket match. I was a ball boy outside the boundary line. I picked the ball and waited a bit for Sachin Tendulkar to come near me to give it to him. The sense of being in the same space was special. While thousands were watching, I was close to Sachin.

It was the same with Nagarjuna sir. When he stood next to me, I couldn't believe it. I had watched his films and mom used to love Shiva. When I looked at him, he was the same as he was in Shiva. He was not bothered about his looks. I hope I can get one per cent of his charm. It was unbelievable. I saw him for a whole day. He never went to the vanity van to rest. That was a huge lesson I learnt and I hope to put into practice in future. We hear of stars and tantrums, but he was so simple. It was a once-in-a-lifetime experience for me.

Anushka plays a superstar and in the film we get to meet her. She's part of Bharat Thakur's family. She would come to the workshops and give us tips. We felt at home with her.

Bhumika plays a teacher. In a way, she changes the approach of the youngsters. I still can't believe she's my producer. She stopped shoot once and offered food from home. I made excuses all the time and ate her food! She has been a pillar. 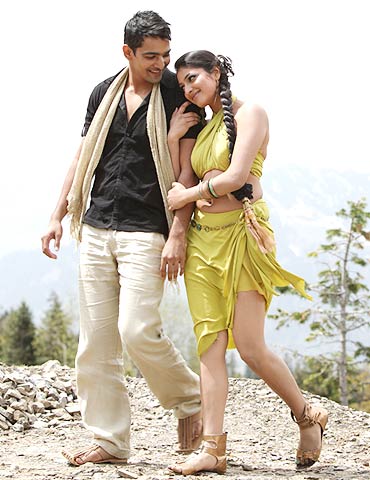 What's been the experience of acting in this film?

It's been a huge lesson in my life. I lost my dad during this period. It was shocking as he was a healthy man. After I returned, Bharat sir and all rescheduled my scenes whereby I did all the sad scenes first. They extended so much of support. Bharat sir would say smile and enjoy the pain. I learnt that and it helped me to cope with my dad's death.

These two years have been like being in a school. The only thing in my life now is to sleep peacefully and wake up with a smile on my face. I am not a religious person but I have grown spiritually with this film.

Are you nervous or jittery about the release?

I am looking forward to it. Somewhere I have completed my journey, so the result wouldn't affect me. 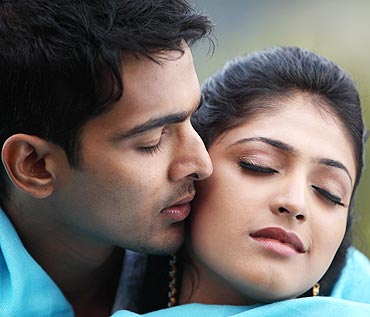 Would you like to work in Telugu films? Have you signed any project?

I would like to work in Telugu films. I got a lot of offers even while shooting Thakita Thakita. I know what not to do. I want to wait and get the hang of the industry, and be more mature before signing films.

You recently acted in a play A Street Car Named Desire (with Bhumika) which was staged in Hyderabad. How was the experience of doing that play?

That was totally awesome. Seema Azharuddin and Shrikant Iyengar got Broadway to India. They made it so huge that they kept me in a five-star hotel for 3 months. I got to concentrate on one character and could play around with the lines. It was the best arena I could get.

Would you want to juggle theatre and films?

I would do theatre till I die. Theatre keeps your honesty alive. You can't pollute yourself. You learn a lot and you use theatre techniques in life.

I have learnt three things from Barry John which are applicable to life too: Don't expect anything from another actor, one shouldn't judge and one shouldn't block things.