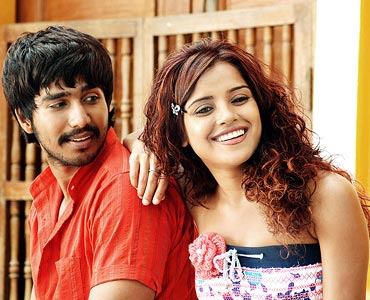 Naturally his office was bustling with activity. He is back after watching a preview of the movie. While he showed the trailer to his friends, he spoke to rediff.com. Excerpts:

How did you get your first film as a designer?

I was doing the advertising campaign for Qwikys Coffee at that time. Some people saw that and liked it. They approached me for Priyadarshan's Lisa. One thing led to another and now I have done more than 100 movies.

What other campaigns have you done apart from designing films?

I have done major campaigns for Renault, children's books, Java green, Skycell to name a few.

'Kalpathi guided me a lot' 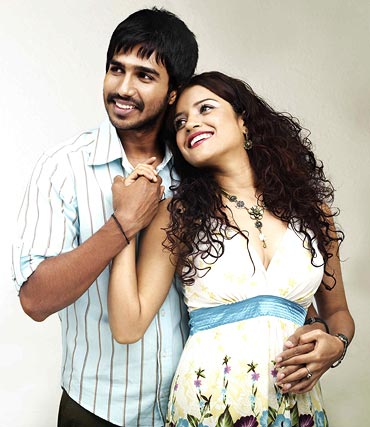 From designing to advertising to directing, how has the journey been so far?

Basically I tend to take the path untravelled. So I have had to face the good and the bad. I have gone ahead by instinct alone. Without any experience, I started designing. I dreamt of designing posters for Rajnikanth, Kamal Haasan and Suriya and it happened. Now after 100 films, I have made my own space. I am recognized.

I dreamt about advertising and it happened. Then I dreamt about directing a movie and that too happened. I spoke to other directors before starting my film. They all encouraged me. Then it clicked and Bale Pandiya happened.

How was the experience of working with Kalpathi S Aghoram as producer?

It has been a fantastic experience. This is a very competitive field. I think he liked me because I was fresh. I was very lucky that he gave me a break. He was very supportive throughout the making of the film. He used to guide me. He often said, "You will become a great director."

'Vishnu is perfect for the story' 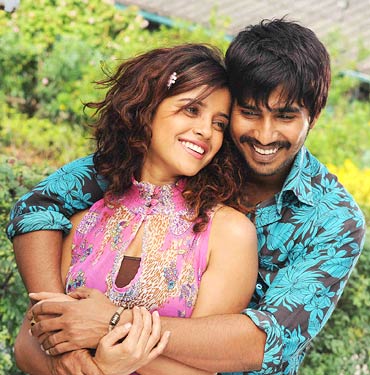 Now that the movie is ready, are you happy with your choice of Vishnu as hero? Did you ever feel you could have chosen an established star?

I am very happy. He is perfect for this story. In fact I saw his first movie -- Vennila Kabadi Kuzhu -- only after narrating this story to him.

Most Tamil movies are male dominated. What about Piaa Bajpai's role in Bale Pandiya?

She plays a significant role.

Are you satisfied with the end product? Has it come out the way you visualised it?

A creative mind can never be quenched. It was a different experience. I feel I have created something big. It is very close to my heart. I am happy with 99 per cent of it. Maybe I would re-do one per cent of the film.

'Music is the soul of my film' 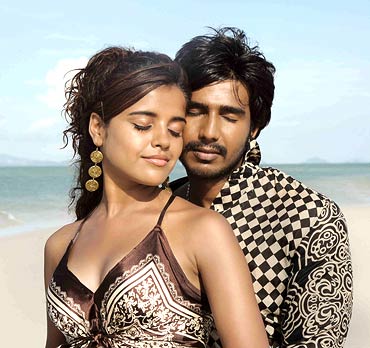 The film was shot both indoors and outdoors. We shot in Phuket, Pondicherry and Chennai.

How important is music in your film? You have a new music director/singer Devan Ekambaran.

Music is the soul of my film. Music is food for my soul. It can make me cry and laugh too.

Your film releases on Friday. Are you excited or nervous?

A mix of both.

What is the most memorable moment of shooting Bale Pandiya?

Shooting the song, Happy. It has 20 singers singing the song and also acting in the song. They sang in Acapella (without instruments).

What was the most difficult scene you shot?

'We are starting a new school for dyslexic children' 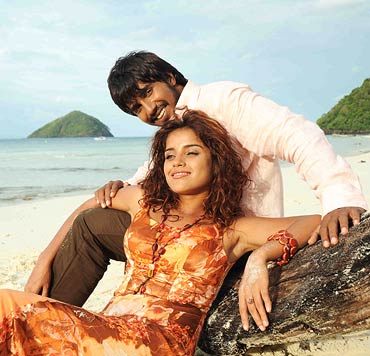 I have a few ideas ready. I will look at all the options and decide at the right time.

How is Ananya (his school for dyslexic children) doing?

Ananya is doing extremely well. We are starting a new center on September 3. We will look for other talents in these kids. They may be talented in music, painting and in many other fields.