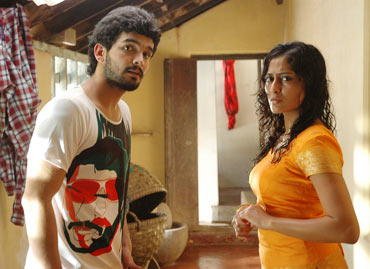 The film stars Bhat's blue eyed boy Digant. This is their fourth film together. While Digant did a cameo in Mungaru Male, in Gaalipata he was among the three leads. Manasaare and Pancharangi are his solo projects. 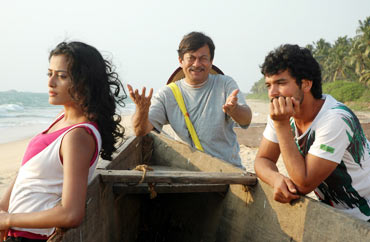 Nidhi Subbaiah is the heroine of this film. She says her character Ambika, an engineering student, is an extension of herself.

"Ambika just like me; falls in love very easily and is very affectionate. Also like me, she is a prankster."

So did she play any pranks off screen?

"Yes. We put a lit cigarette into the mouth of actor Raju Talikote when he was asleep and whenever he opened his mouth smoke came out. Another fun experience was on my first day of shoot. It was my birthday and the unit people got me a huge cake. Apart from the piece that I cut everything else landed on my face. I spent nearly three hours in the bathroom cleaning up!"

The incident however helped her break the ice with her co-stars and director. "Initially I was just in awe of Yograj Bhat and was slightly nervous about being a part of such a huge film, but once I was on the sets, I realised Yograj was just like any other friend of mine.

"Digant also is such a sweetheart. We enjoyed being in each other's company and this chemistry has translated onto the screen. The rest of the cast were also like family. We shot in a hundred-year-old house near Mangalore and every day the entire cast used to have lunch together. We imitated each other, danced and sang. Shooting for this film was great fun," she added. 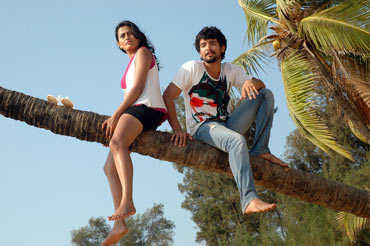 Nidhi has for the first time dubbed for the film.

"It was difficult, but a good experience. In fact the first few times I never got it right. That was when Yograj took over. He had observed that I sing along whenever I'm doing nothing and just asked me to do that in the dubbing studio. He wanted me to relax, I guess. And believe me, just after I had done that I did my job well. Yograj has a knack of observing his actors and making use of their abilities to the best possible use. He has tricks up his sleeve for each of his actors!" 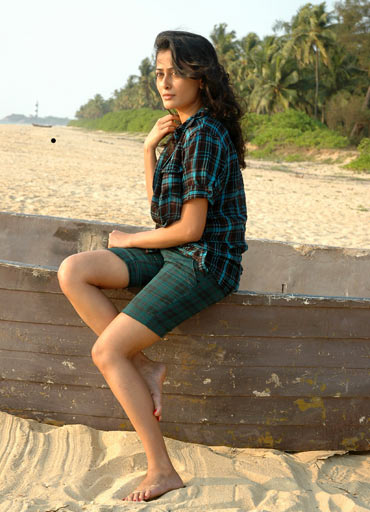 While Bhat's previous blockbuster Manasaare was a romantic flick, Pancharangi promises to be a wholesome family entertainer. "You'll find yourself laughing from start to finish. Pancharangi is a satire on middle class families. It speaks of the rights and wrongs of life but is not preachy," Bhat says.

The film is mostly set in the Karavali region. Bhat is known for capturing nature through his films. While in Mungaru Male he chose to play up the rain, it was the mountains in Gaalipata. In Pancharangi, the coastal belts between Mangalore and Ankola become the canvas.

Going by what actor Anath Nag, who hails from this region and is also pivotal to the film, had to say about the locations, picturesque visuals await the audience this time too.

"I am from Karavali region but never had I seen such views nor had I spent a day on a beach from sunrise to sunset. This experience Yograj has gifted me," says Nag. 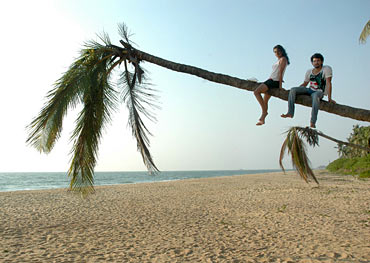 Nag is among the other regulars that Bhat has cast in his films. Sudha Belavadi, Padmaja Rao and the latest addition to the 'family', Raju Talikote, are part of the cast.

Clad in a red sari, Priyanka shares space with Nag, Digant and Nidhi in this song. Her role is believed to be modeled on that of Shusmita Sen's in the film Mein Hoon Naa.

Bhat has not only written the lyrics of this song that mimics mundane life but has also lent his voice.

"Even I get to mouth a few lines in the song Lifeu Ishtene... and Yograj has lent his voice for me," says Nag. Chetan Sosca, Ananya Bhagat and Akshata Ramanath are the main singers.

Jayanth Kaikini is the lyricist. The song is both Digant's and Nidhi's favourite. "I loved shooting for this song. It is a contemporary dance number. Singer Raghu Dixit's wife Mayuri has composed the song," says Nidhi.

Mano Murthy is the music director.

Pancharangi which was initially titled Calender, releases this Friday.