Juhi Chawla and Riya Sen are spotted at the first look launch of the animated movie Ramayana The Epic, directed by Chetan Desai and produced by Maya Entertainment Pvt Ltd. 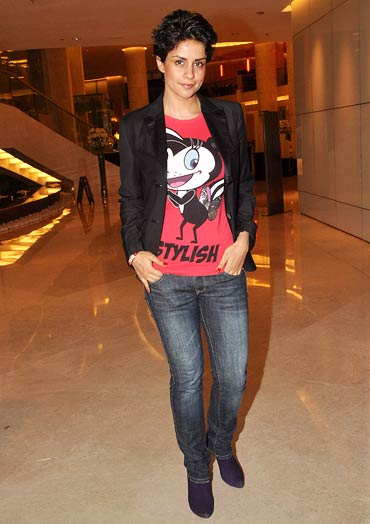 Gul Panag is also spotted at the launch.

The movie will be dubbed into regional languages and English. 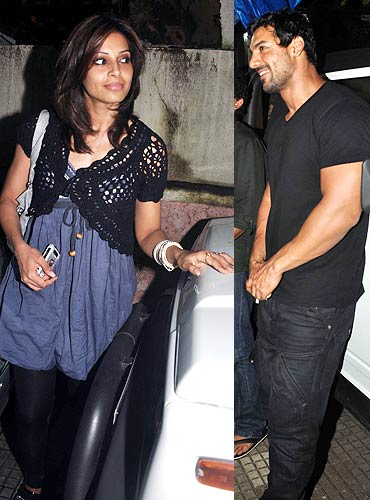 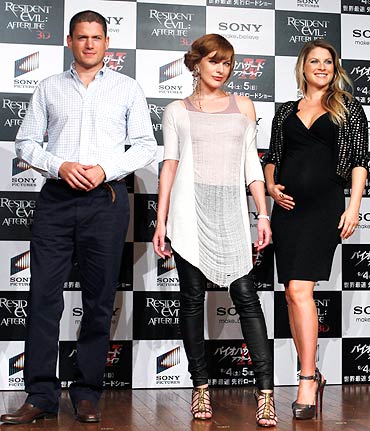 Actors Wentworth Miller, Milla Jovovich, and Ali Larter pose during a photo session after a news conference to promote their movie Resident Evil: Afterlife 3D in Tokyo on Friday.