Image: A file picture of Salman Khan and Aishwarya Rai

Salman Khan spoke about other controversies in his life, including his brush with the law twice and his relationship with Bollywood actors Shah Rukh Khan and Aishwarya Rai.

Salman, who was in a relationship with actress Aishwarya Rai for a few years, said he is glad that she has settled into a happy married life.

"I am very happy she is married to Abhishek. He is a great guy from a good family. The best thing I can want for her is that she leads a happy life," said Salman.

'Is my relationship with Katrina national news?' 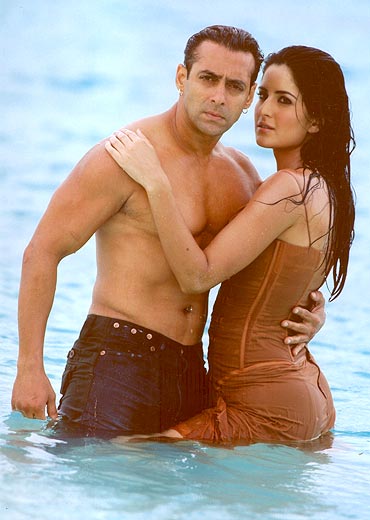 The actor has also been plagued by questions about the status of his relationship with actress Katrina Kaif recently and the Bollywood superstar is perturbed as to why the media is making big news out of the issue.

"There are so many other problems affecting people in the country, why is Salman-Katrina relationship national news? I am not giving any clarifications, the media can write whatever it wants. It is my personal life, if people want to know, they will have to wait and watch," Salman said in an interview with India TV.

The controversy was triggered after Katrina, who is reportedly in a relationship with the actor for quite sometime, said she was 'single'.

'I have a lot of respect for Shah Rukh' 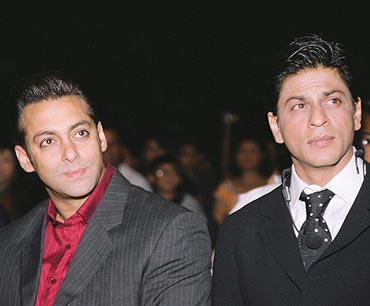 The actor, who is famously at logger-heads with superstar Shah Rukh Khan ever since a brawl at Katrina's birthday party, said that he respects the latter as an actor still remembers the good times he shared with him.

"I have a lot of respect for Shah Rukh as an actor. We shared some good times playing brothers in Karan Arjun. There is no clash between us, but some misunderstandings crop up time and again," he said.

'There is no case against me' 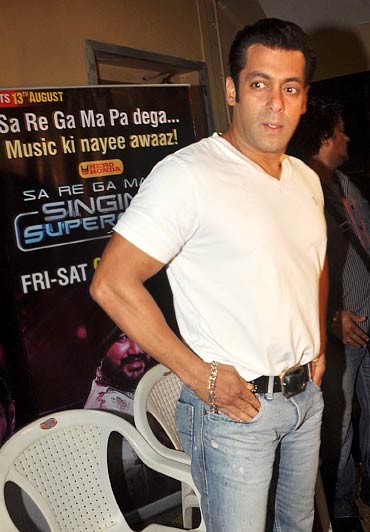 The 45-year-old actor, who is facing trial for killing black bucks in Rajasthan over a decade ago, said that the case does not stand against him.

"There is no case against me. The first post-mortem report of the animals did not show that they were killed by bullets. It is only said in the second report. I have been fighting the case for 11 years and till date have to take Jodhpur Court's permission before travelling anywhere," said Salman.

He had another brush with the law in a hit and run case in 2002, when his car crashed near American Express bakery in Bandra, killing one man and injuring others.

"Each time I pass that spot, it hurts me. Its the worst thing that could have ever happened. My driver Ashok was at the wheel when the car skidded while taking a turn. The case is still in court, lets see what happens," said Salman. 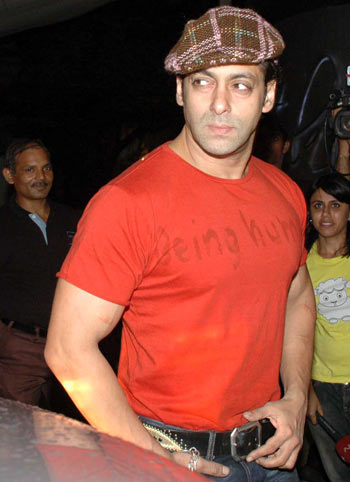 Meanwhle, the actor has become the first prominent Bollywood personality to support yesteryear style icon Sadhana, who has alleged harassment by a builder.

"Who is this builder who is making Sadhana aunty's life miserable, threatening her that he will cut her to bits and nobody is doing anything about it," Salman tweeted.

"And you believe that in this day and age, this kind of stuff happens in our country where a living legend's life is hell," the actor said, adding that 'janta' (mass) support was needed to protect the actress, whose 'Sadhana fringe', modelled after Audrey Hepburn's, became a rage in the 60s.

The 69-year old actress, who has been living away from industry and media glare for decades, has sought police protection claiming stones were being pelted at her Santacruz residence three weeks after she lodged a complaint against a builder accusing him of forcing her to vacate her 3,000 sq ft residence where she is living for over four decades.

According to Santacruz police, she alleged that the builder, Yousuf Lakdawala, threatened her saying she would be killed and her body parts would not be found after her murder.

More
© Copyright 2022 PTI. All rights reserved. Republication or redistribution of PTI content, including by framing or similar means, is expressly prohibited without the prior written consent.
Write a
Comment
Print this
article
MOST
RECENT