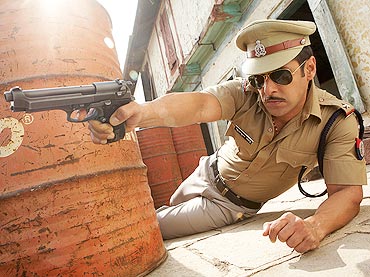 Whether it's to bolster the hero's macho image or to bring about thrills in the plot, Bollywood loves its khaki-clad heroes.

And they come in all flavours and sizes. Good, bad, serious and silly, you name it.

Up next, Salman Khan is all set to play a maverick cop of dubious temper called Chulbul Robinhood Pandey in his forthcoming Dabangg. Previously too, the actor channeled his characteristic nonchalance and swagger to play a self-styled police mole in Wanted to smashing results at the box office.

On that note, here's a look at Bollywood s distinct cop varieties. 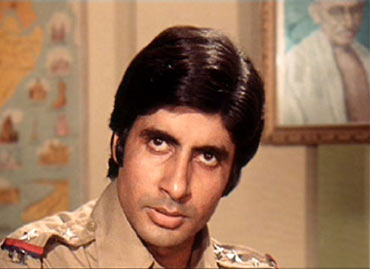 Image: A scene from Zanjeer

Scrupulously honest and ceaselessly intense, AB plays the legendary khaki-clad angry young man aiming to clean all the criminal activities of his city even as he revengefully looks out for his parents assassin to memorable effect. 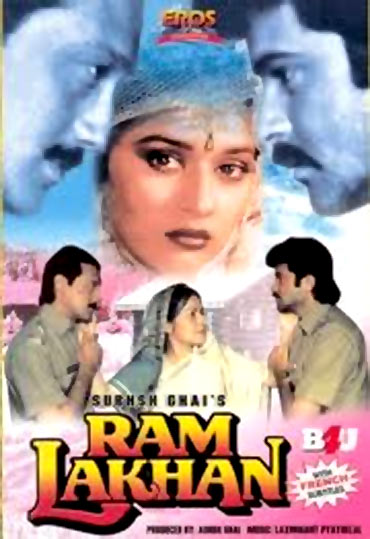 An unlikely police officer with a garrulous temperament and pedestrian inclinations, Anil Kapoor is quite a delightful Lakhan.

It looks as though he s only interested in making money by misusing his designation but, in truth, he's trying to nab the killers of his father secretly but surely. 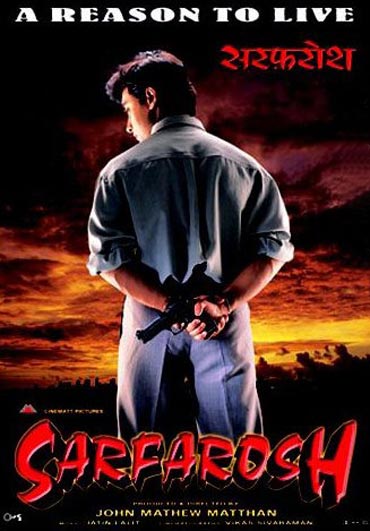 Image: A scene from Sarfarosh

As the committed ACP Rathore, Aamir Khan works with single-minded devotion towards nailing the perpetrators of cross-border terrorism and their nexus within the country.

Traditionally, he appears too soft for a hard-as-nails part but AK with his sober texture and restrained strength makes it all too believable to complain. 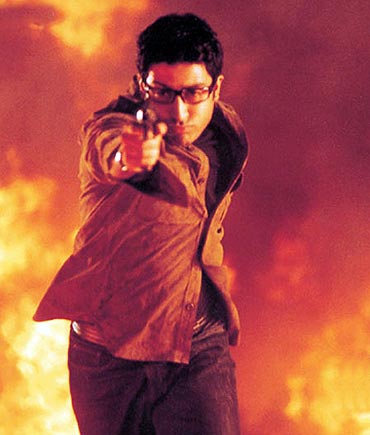 Image: A scene from Dhoom

When not romancing his Bangla-spewing wife of engaging in a sarcastic tattle with sidekick Uday Chopra, Abhishek Bachchan, playing the new-age urban cop sporting uber cool glasses and jazzy jackets, is busy playing hide-and-seek with the equally if not more dynamic John Abraham in Dhoom. 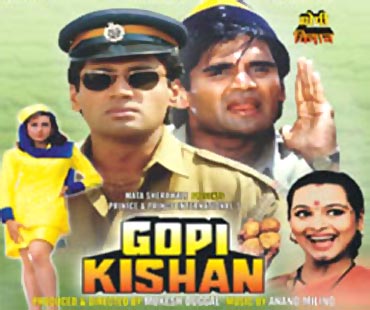 Image: A scene from Gopi Kishan

With his Eeyore-inspired drawl and daft efficiency, Suniel Shetty forgoes his rough and tough image to play a simpleton in khaki through his first displays at comedy, namely Gopi Kishan. 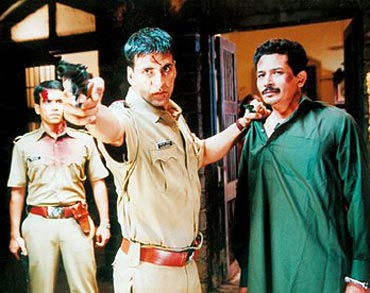 Akshay in Rajkumar Santoshi's Khakee starts out as a glamorous yet hopelessly corrupt member of the police only to lose his heart to a pretty deceitful thing and turn a new leaf.

Alas, the shift meets with a tragic outcome. 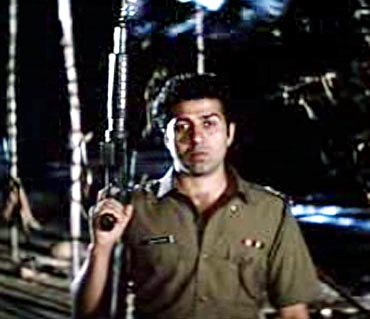 Image: A scene from Tridev

An epitome of honesty and dare-devilry, Sunny Deol flexes his biceps to beat the bad guys and put them behind bars in Rajiv Rai's masala fest, Tridev.

And when they malign his Surf-white reputation to get him posted to some godforsaken town and attempt to burn him down, he re-surfaces like a true blue Bollywood hero thirsty for glory and retribution.

Close encounters of the fourth kind! 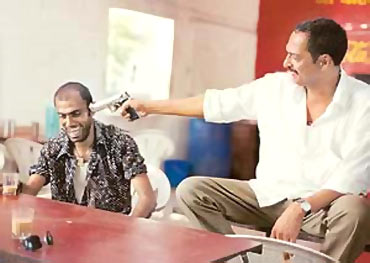 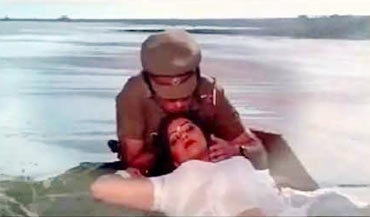 Image: A scene from Jaanbaaz

With his trademark style and larger-than-life zeal, Feroz Khan reaffirms that he doesn t need to don in cowboy boots to make a stylish impact.

The man achieves the exact same impact even when he slips into a conscientious police officer's skin mourning his girl-friend's demise or disapproving of his kid-brother's roguish activities.

The blind before farz types! 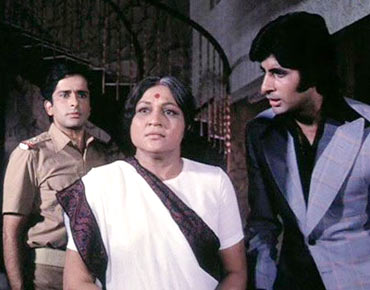 Image: A scene from Deewar

The ultimate Maa-guy, Shashi Kapoor plays a daring cop like no other in Yash Chopra's Deewar. Not only is he willing to sacrifice personal equations with his clearly-popular brother (on and off screen) but also evoke the wrath of audience as he holds the latter to gun-point on account of duty above else.