'Wanted did not influence me while making Dabangg' 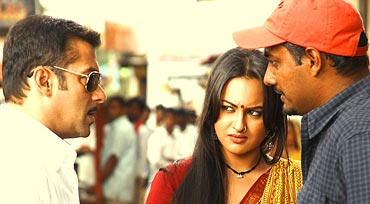 Not many know that Dabangg means fearless. Seems like an apt title for Salman Khan, who has led the life of a Dabangg.

Directed by Anurag Kashyap's brother Abhinav Singh Kashyap, the film has a lot of expectations riding on it.

Abhinav talks to Patcy N, and tells her why we don't see much of him in the Dabangg action.

I went to Arbaaz Khan to offer him a role in Dabangg. After listening to the script, he saw potential in it and asked who was producing the film. There was no producer then, so he offered to produce it. The next day, he gave me the signing amount.

I had pitched Dabangg to many people. Some said it had a nice script, some asked for changes, some gave me assurances that they would produce the film but never got back... I have learnt that it is not done until the film is signed and sealed. I had decided that whoever puts money in my film, my loyalty would be with him. Arbaaz was the one who did it.

He got the cast we wanted -- he set up meetings with Salman Khan, Vinod Khanna and Dimple Kapadia.

Once the cast was decided, I wrote seven drafts of the script. We shot for about seven months. 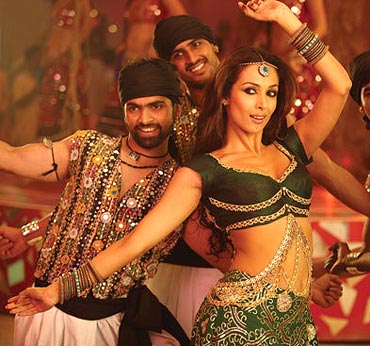 Salman is a good friend of mine now. I sign him on in August 2008, so we have spent time together. I have been to his house many times. I was part of their Eid and New Year celebrations.

He would not interfere (in the shoot); he would contribute. Arbaaz would contribute even more. By that, I mean, the script had some bad words that Salman had to say. Salman said he would not abuse because his fans may not like it. I argued saying the script demanded it. But Salman did not want to upset his fans. You may call this interference but I think it's a genuine problem.

People have asked me why I am missing from the promotions. My answer is that Arbaaz and Sonakshi are busy promoting the film; I am busy with the post production work. My first copy came out only on September 3, so how will you see me at the promotions?

People kept saying Salman was upset with me but how many have actually spoken to him? It is convenient for the press to say 'sources' but they never give names. A lot of it is lies. Sometimes it pains me to see rubbish written about me. But I have been here too long. I know these things happen.

'Sonakshi does not look like a kid opposite Salman' 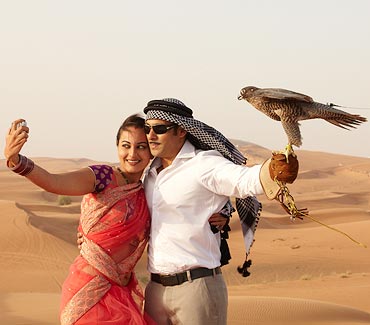 Salman said that since this subject was fresh, we should have a fresh jodi. We started looking out but could not find anyone for three months. Salman met Sonakshi at a family function and he liked what he saw. He had not thought of her earlier because when Salman had last seen Sonakshi, she was very plump.

She does not look like a kid opposite Salman. She is 24-years-old. There are actresses who are younger than her in the industry. Lots of films are youth-driven but unfortunately, all the superstar heroes are in their 40s and the heroines in their 20s.

'Dabangg looks like a potential hit, that's why people are comparing it with Wanted 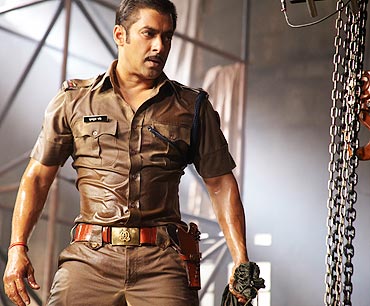 Comparisons with Wanted do not make me nervous but they bother me. My film was signed in 2008; Wanted released a year after. Plus, Dabangg is Salman's fourth film after Wanted. People remember only successful films and Dabangg looks like a potential hit. That's why people are comparing them.

Wanted did not influence me while making Dabangg. There are overlapping sensibilities because many technicians who were involved with Wanted are involved in Dabangg too. S Vijayan, who directed the action in both Wanted and Dabangg, will also tell you that it is his personal battle. He wanted to outdo Wanted but every person has a certain style and sensibility that will be carried forward in all their films. That's why they look similar.

After the huge success of Wanted, Salman was very impressed with Vijayan. That's why he recommended him.

'Comparisons with Anurag bothered me when I was struggling' 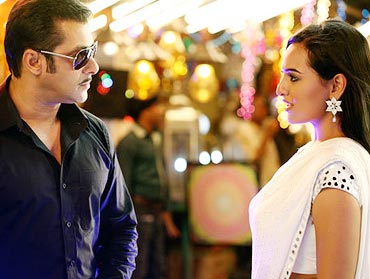 On comparisons with brother Anurag Kashyap:

It does not bother me now. It bothered me when I was struggling to make a film because all the producers and actors who did not like Anurag's style of working would not give me a chance. They would not let me enter their office. And all those who liked his work would want to take him as the director. Maybe that's why I got a break so late. So yes, it bothered because I did not have an individual identity. Now, I am happy to be compared to a good director.

My relationship with Anurag is very nice. He is my writing teacher as well, so I respect him immensely. I never asked my brother to produce my film. He never tried to plug me anywhere. When you take help from your brother, people think you don't know your work that you have come through influence. If my brother had produced my film, he would have found it difficult to get a financier.

Anurag has always been a protective brother. But when I grew up, he left me on my own because he wanted me to go through my own struggle. Anurag has gone through a lot of pains while making his films and I have learnt from that.

Anurag has not seen Dabangg because he is left for Venice before the film was completed. But he has read the script so he knows what I am making. I am the first person to see all Anurag's films.

'I tried making films for long but I never got frustrated' 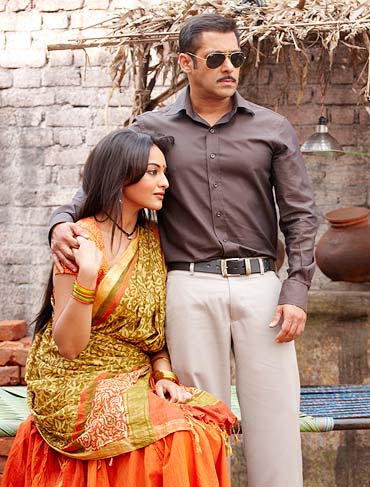 I was born in Obra, in the Mirzapur district in West Bengal, and lived in Banaras, Uttar Pradesh. I went to a boarding school in Gwalior, Madhya Pradesh, and later graduated in New Delhi.

I came to Mumbai to save rent on my Delhi house, and moved in with Anurag. Our neighbour in those days was a FTII graduate Surojit Dhar, who was an editor and director of television shows. He needed a part-time writer, so I joined him and got a salary of Rs 6,000. This was in 1995.  My work was appreciated so I decided to give up my Management studies and do this.

My first proper job was writing for a serial called Trikaal. Anurag was writing that but he could not handle the load of writing a daily soap, so the producers wanted someone to join him.

Anurag and I wrote dialogues for shows like Superhit Muqabala and Kabhi Kabhi. I also translated a few English movies into Hindi. But then we started stagnating. Anurag -- with the help of his friend Manoj Bajpai -- got in touch with Ram Gopal Varma. To take care of the rent and expenses, one has to have a steady job. So I stuck to writing dialogues and episodes. After Satya, Anurag started doing well.

After some time, I wanted to try films too but did not get any. Anurag helped me get Jung (starring Sanjay Dutt). We took up the project as co-writers -- the idea was that it would help me start my film career, so Anurag eased out of the project. But the project did not shape up well. I had spent a year on it so I felt very disheartened.

After that, I started directing TV serials like Darrr and Rajdhani.

I wrote my first film and signed up with a company called Metalight. But due to the company's past losses, my film did not happen. After that, I met Mani Ratnam and joined him as an assistant director on Yuva. I went back to TV serials with Siddhant, as I was broke. I was married, with a daughter. So I had to do TV again. Siddhant got me rave reviews and awards.

Meanwhile, I wrote dialogues for Manorama Six Feet Under and 13B. I started writing film scripts and pitched them to everyone. Dabangg was the first script to get made.

I've completed 15 years in Mumbai. I tried making films but I never got frustrated. Today, I have a house, two cars, an author-wife (Chatura Rao) and two daughters. I've had fun.