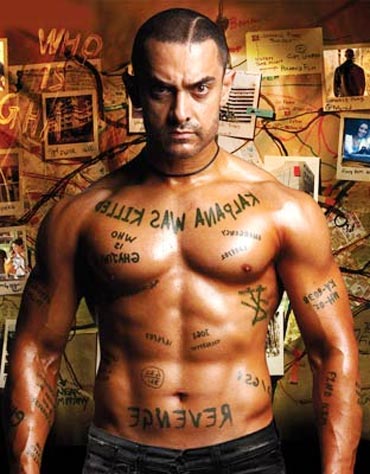 Everybody loves a little bit of action in their lives. But when it's on celluloid, bigger is better.

We asked, astute readers, to vote for your favourite Bollywood action film of all times. And boy, the responses just trickled in!

Here they are -- the Top 10 action movies, hand-picked by you guys that made it on the list.

Aamir Khan's mean physique and graphic frenzy as he struggles with sporadic memory loss whilst avenging the titular bad guy in A R Murugadoss's sleek remake of the Tamil blockbuster, which itself took inspiration for Christopher Nolan's Memento made quite an impression on its audience. 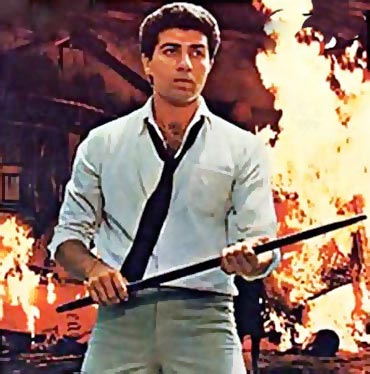 Image: A scene from Arjun

The street-style aggression of Rahul Rawail's 1985 hit hasn't lost any of its significance.

In this Sunny Deol-led brat pack about unemployed, frustrated youngsters, Rawail effectively portrays how their lot gets misled into acting as pawns in a nexus of self-centered politics and criminal elements. 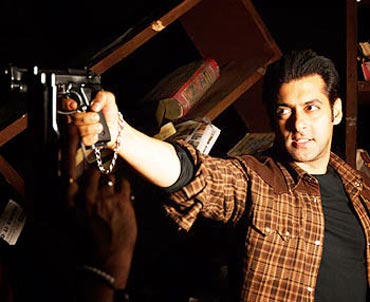 Plausibility be damned, Salman Khan plays to the gallery as he beats up baddies with the simplicity of an animated super hero, spews corny inanities and breaks into a self-styled shimmy in director Prabhudeva's action-packed remake of Telugu hit Pokiri. 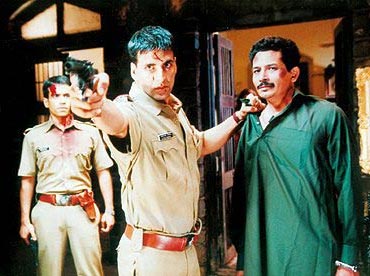 With its edge-of-the-seat drama, clever plot points and crisp outburst on corruption and crime, this one keeps the thrills coming. 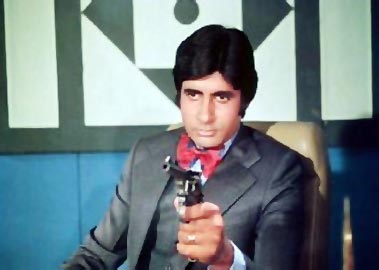 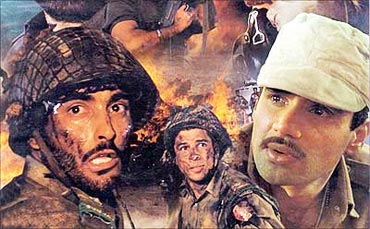 Image: A scene from Border

J P Dutta's war epic is a rather popular pick on the message board. And why not?

Considering the intensity of blazing bullets and patriotic fervor fired at the enemy on the other side, Border, starring an assorted cast of Sunny Deol, Suniel Shetty, Akshaye Khanna and Jackie Shroff, is the A to Z of inspiring bravado and embracing martyrdom. 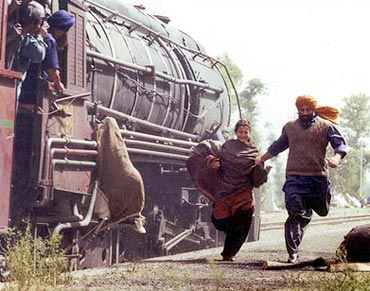 While no one really remembers the Prem bit about Anil Sharma's unabashedly jingoistic katha, there's just no forgetting Sunny Deol's ferocious determination and power punches as he goes about single-handedly demolishing an army of hundreds without as much as a scratch on him. Beat that! 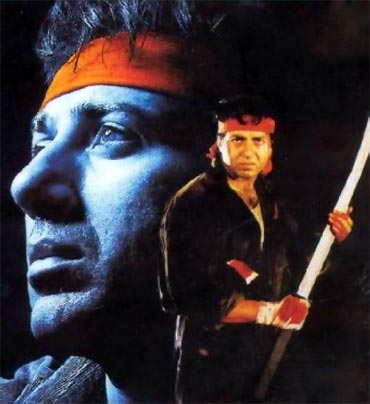 Image: A scene from Ghatak

An emotional father-son story woven against the atrocities of a tyrant, trust Sunny to fill the screen with his one-of-a-kind growling audacity as he evolves from a gentle giant to an awakened lion with shrieking fury and extraordinary strength to get justice done. 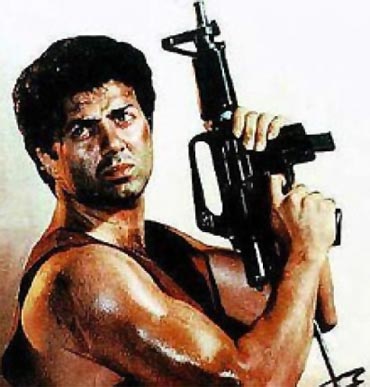 Image: A scene from Ghayal

Santoshi's presence on this list is evidence enough of the level of impact his more vigorous creations underlining social prejudices have had on the audience.

His unbeatable chemistry with Deol is at work yet again in their first collaboration together -- Ghayal.

The actor conveys its compelling story-line and exhilarating action with his innate physicality and expression, be it inside a ring or behind bars. 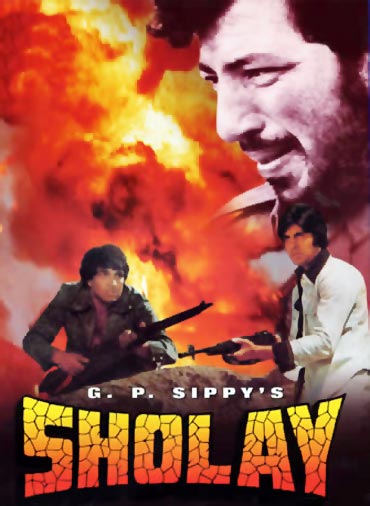 Image: A poster of Sholay

Revenge-thirsty thakurs, fabulous friendships, horse-riding dacoits, a terrorizing villain with a sense of humour, chatty buggy riders, grand action sequences and unforgettable background score, Sholay is, for the exhaustion of every adjective in the book, simply Sholay.

Winning by overwhelming margin of votes, Ramesh Sippy's glorious tribute to Spaghetti Westerns proves that time or technology cannot topple the sheer magnetism and emotional energy of this celebrated classic.