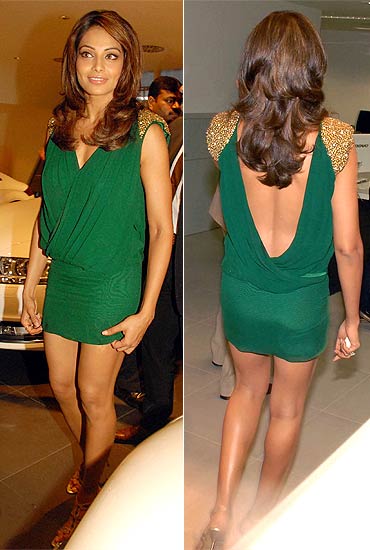 Bipasha Basu sure knows how to make an impression. The actress is spotted in this dark green short number at the launch of the Audi India show room in Mumbai on Wednesday.

While the front of the mini dress was rather tame, what caught us by surprise was the rather revealing back.

Here's one hottie who looks good coming and going! Elsewhere in Mumbai, Akshay Kumar strikes a dramatic pose during the launch of Masterchef India.

The actor, who worked as a chef in Bangkok at the start of his career, will host and judge the culinary competition show that is slated to start on Star Plus next month.

The show will have two other judges -- chefs Kunal Kapoor and Ajay Chopra.

Masterchef is based on the famous culinary competition UK and Australian (currently being shown on Star World) format of the same name. 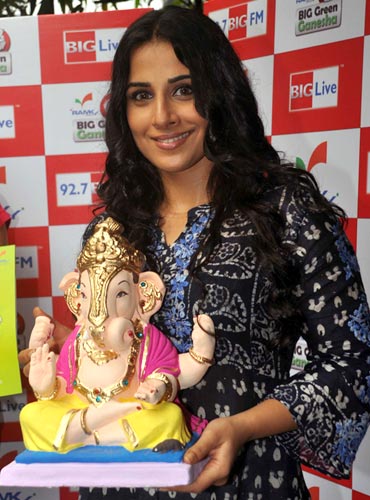 The actress is supporting an eco-friendly Ganesh festival by donating newspapers.