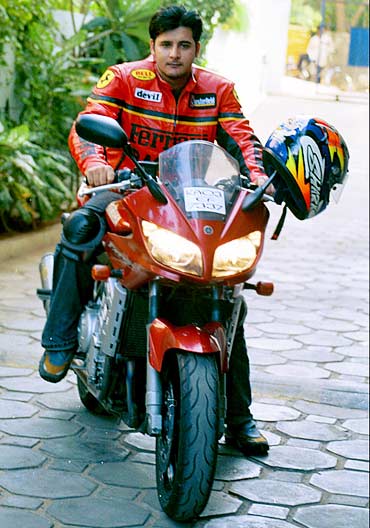 Abbas, who became a sensation in Tamil and Telugu with Kadhal Desam in 1996 could not sustain the momentum after a couple of years. Still, he was a much sought after actor in all the south Indian languages at that time.

Shruti Indira Lakshminarayana caught up with the actor to know more about the film and what he's been doing duirng his long break. Excerpts:

After that film, I was to do a film for Rockline productions. It was a film on an NRI and had to be mostly shot in America. But at that time the 9/11 attacks happened and we couldn't go there for shoot. I don't know what happened to that project thereafter.

Anyway, I did get a lot of offers later but none of them were exciting or lucrative enough. I choose even my guest roles with great care as I don't want to repeat myself. Be it Kannada, Tamil, Malayalam or Telugu movies, I'm not the one to go on a signing spree. It's just that even if I am doing one scene in a film, it should be interesting and motivating.

Appu Pappu is a film about a young boy and an orangutan. I play the boy's father in the film. It is a very family oriented subject and mine is a very lovable character. The film basically explores the father-son relationship. It was also easy for me to relate to emotional scenes as I have a son. The film has been a fun journey.

Shooting in Cambodia was particularly fun. We were in a secluded part and after pack up the cast and crew hung out together in the casino or played badminton. I even gave Komal (Abbas' co-star in the film) swimming lessons. These activities helped us break ice with each other.

'It's not a hero who makes a film a success' 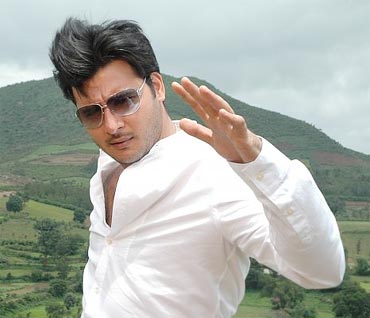 Have you noticed any change in the Kannada industry after 10 years?

The industry has brushed up in terms of script, technical support and visuals. Budgets are becoming more accommodative and there are lots of new faces, which is a positive trend. On the whole I see this industry competing well with the other industries.

Have you been offered any other Kannada film(s)?

There is nothing in the pipeline as of now. I'm also waiting for the result of Appu Pappu. Currently I am acting in Chori, a Telugu suspense thriller and an untitled Tamil film. Talks are also on regarding two Hindi projects.

What are the kinds of films that you are looking forward to?

I watch and want to identify myself with realistic films. Gangs of New York and Godfather are my all time favourites. I absolutely loved Daniel Day Lewis in Gangs of New York. I'm also a war movie buff and would love to be a part of a film made on the lines of The Great Escape. I wish to work alongside the best talents of every industry in that film.

So you think multi-starrers won't rob an actor of attention?

I have been a part of multi-starrers myself. It's not a hero who makes a film a success. If that was the case, all our superstars would keep giving hits! Script is what makes a film work. If anything, multi-starrers give you an opportunity to work with other actors and learn from them.

'Kamal Haasan is a walking encyclopedia on films' 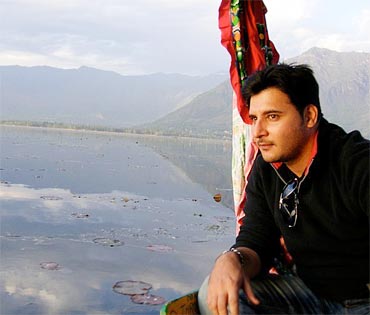 You have had the privilege of working with some of the biggest names in the film industry...

Yes and I cherish each of these experiences. While from Rajinikanth I learnt how to identify and overcome my strengths and weaknesses, Kamal Haasan taught me to how to get over minor glitches that one encounters while shooting a scene. He is a walking encyclopedia on films. His tips are very handy and there is a lot to learn from him in terms of techniques as well.

Working with Sharath Kumar has also been an enriching experience. With Mammootty, it's like working out in a gym with a friend. It's like trying to do as many push-ups or weights as he is doing. He is very motivating and pushes you to perform better.

Can you recall working with late actor Murali?

He was more like an elder brother. We shared a great vibe. I worked with him in Aanamdham, one of my favourite films. I always teased him asking if he would ever give up playing a college student! In fact even in his last film, the one in which his son debuted, he played an ex-college student.

How is your association with Kannada film actors?

I have met Sudeep, Shivanna and Ambareesh at some events. I've loved watching Rajkumar films and those of Upendra's. I also feel Sudeep has done very interesting films.

Do you plan to venture into direction and production?

I have never been good in mathematics, so production is not my cup of tea. But I'm interested in direction. While the films I direct will not be high on hard core messages, they won't be brainless comedies either. I would want to direct a film like The Kite Runner sometime. My directorials will be subtle and real and will be laced with comedy. Even as an actor, I believe in subtlety and underplay. Shouting out dialogues doesn't make one a good actor! 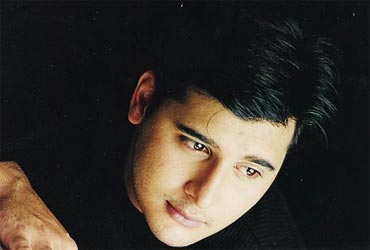 My mom was a huge Amitabh Bachchan fan and I grew up watching his films. My grandfather was a Bengali and Hindi film actor and even to this day, his films are screened in Bengal. This apart, my father's family members such as Feroz Khan were in that line. So yes, films were always a career option.

What pushed me into considering this line was my ability to get way with my lies. I used to be a big liar as a kid when it came to report cards. So I thought if I can convince my mom and my teacher with my 'acting', why not the rest? And there was no looking back especially after Kadhir, the director of my first film, Kadhal Desam, was convinced!

What interests you apart from films?

Biking. I have gone on road trips from Chennai to Ladhak and Kashmir. I want to travel the country on my bike. It's just that now I have to convince my wife to allow me to buy a 1000cc bike again. This apart my wife and me run a business. She is a designer and specialises in bridal wear. We are planning to open branches in Bangalore and Hyderabad. She designs for films as well. Her next project is a Dhanush-Andrea starrer.