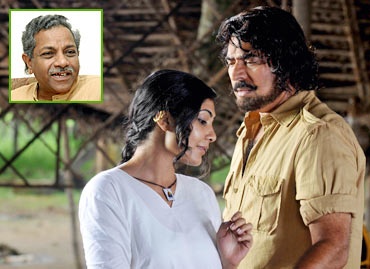 Image: A scene from Kutti Srank
Shobha Warrier in Thiruvananthapuram

Shaji had won National Awards for his very first film Piravi and also for his last film Vaanaprastham.

A satisfied Shaji Karun spoke to rediff.com from Thiruvananthapuram about winning the National Award and more. Excerpts: 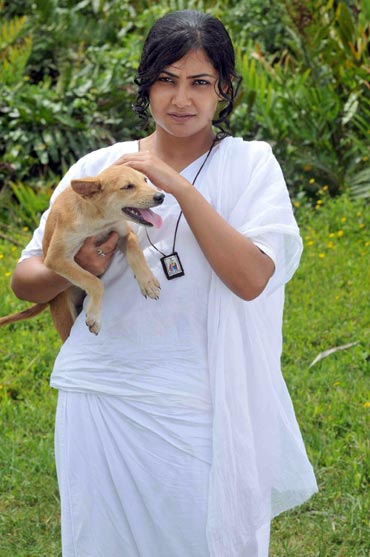 You must be a happy man now that your film has been adjudged the best film in India, a film that was completely ignored by the state awards committee...

Pure art can never be completely ignored. Perhaps some people can brush it aside for a short period but as times passes, I feel, it will become relevant. You can never call art good or bad. A sincere work of art will not become bad by a few people calling it bad.

If you look at the history of the world, you will see that changes were initiated by cultural movements. It is true that such movements were shunned by some in the beginning. That is what history shows. It is not surprising.

I was sad because the Chalachitra Academy was hijacked by a group of people who were not honest enough in their judgement. What is questionable is the integrity of those who are there to judge art. So, the question is, did they have the right to sit in those chairs and judge?

Is it difficult to carry on making small, serious and meaningful cinema?

It is. There was a time when appreciation of the audience had more clarity. Today, a group of people have become the custodians of culture and only their voices are heard. It is a different kind of goondaism and policing. 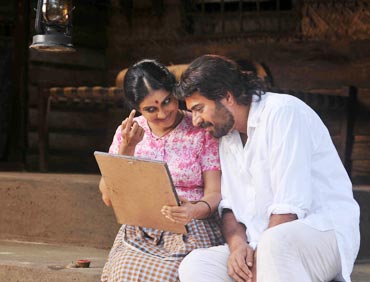 From the time you made Piravi, has the journey become difficult for you as a film-maker?

Yes, it has become very, very difficult. I survived the detractors only because of the national recognition I got every time I made a film. Otherwise, they would have killed me easily as a film-maker.

Do you have to face more obstacles these days while making a film?

Do you think all over India, commercial cinema is swallowing small cinema?

Yes, you are right. That is why those who make serious and sincere cinema need to be encouraged. For example, in Kerala, there was a cinema movement where people were willing to help alternate cinema. It is not so any more. When we had the cinema movement, it was the college students who were part of it. Unfortunately, today's youngsters are after entertainment alone.

'Every country should have a strong parallel cinema movement' 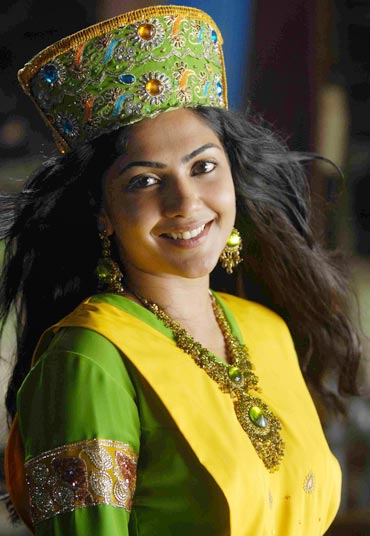 If we look at world cinema, not only from small countries but even from countries like China, quality films are produced. But not so in India. Why is it so?

Yes, it is not happening in India because we don't consider cinema as a part of our cultural movement. Cinema is an art form, a part of a cultural movement; it is more than just entertainment. We have to educate people about this. Only then will we have quality world class cinema from India.

How could a small country like Iran produce world class films?

It is a part of the political will and vision of the country. All developing countries need a kind of parental guidance which is that of the political visionaries. We can see that vision in Iran. That is a total failure in India.

An organisation like NFDC started to encourage quality cinema is dead now.

You are right. Every country has to have a strong parallel cinema movement.

'I will re-release the film after the award' 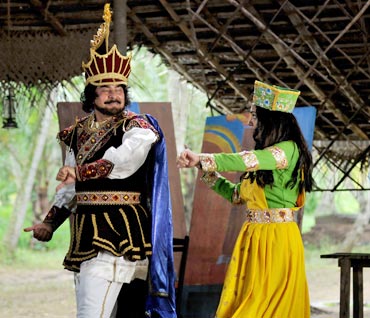 What were the problems you faced to make Kutti Srank?

As Reliance were the producers, finance was not a problem. But I had real difficulty in getting the film to the theatres. I had to wait for one and a half years for that.

Even with Mammootty in the lead?

Yes. It was dubbed as an "art film" and shunned by the distributors. I hope to re-release after the award.

Your film is about how three women see one man from their own perspective. Naturally, his looks had to be different. Now that your film has won the National Award for costumes also, do you feel satisfied?

Not only the costumes but seasons are also important. Three women meet him in three different seasons and naturally, their costumes also had to be different. There are around 100 characters in the film. To make each character distinct, costume is a tool. It shows how successful the costume designer has been.

In both Piravi and Vaanaprastham, your protagonist won the National Award for their performance. Are you disappointed because Mammootty didn't win the award?

Yes, I am. He had really worked hard and adjusted his dates through the season. As I was making the film in three different seasons, I needed him when a new season started. The other films he did were made with lots of money, but still he came to shoot for our film. He was very, very sincere about the film and the role. I feel it was an injustice to him that his contribution was not recognised. I feel very bad.

You had Mohanlal in your last film, now Mammootty. Unlike in many languages, the super stars of Malayalam cinema have always been a part of good cinema.

They are super performers too. That is why it is a blessing to get their contribution to our products. They are always ready to be a part of the parallel movement by reducing their payment and committing to the movement quite sincerely. They have lasted so long only because of their talent.

Does the award give you more courage to move in the same path you have taken till now?

No doubt about it. This award gives me the courage to move ahead. When your work is properly recognised, it tells you that the path you have taken is right.

Do you feel relieved or satisfied?