Why Kareena loves these films!

"The journey has been colourful. I don't think any other actress has been able to do such varied roles. Whether it was Refugee, Dev, Chameli, Omkara, Jab We Met, 3 Idiots or Kurbaan, the films had a varied spectrum," Kareena Kapoor says, as she turns 30 on September 21. The actress, who also completes 10 years in the industry this year, has given us some great DVDs for our shelves.

"I got to do different roles -- some were liked and some were not -- but I am happy as long as I attempted to do them well," Kareena continued.

Refugee occupies a special place in her heart, since that was her debut. Also, Kareena as says, "It proved me as an actress."

The other films that she considers turning points in her career were Jab We Met and Omkara.

The actress tells Patcy N the films she loved doing. 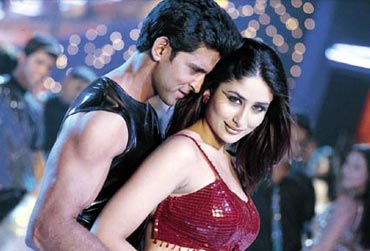 I got a chance to work with six Bollywood superstars - Amitabh Bachchan, Jaya Bachchan, Shah Rukh Khan, Kajol, Hrithik Roshan and Rani Mukerji. I don't think anyone else has done it. Nor will it happen anytime soon again. 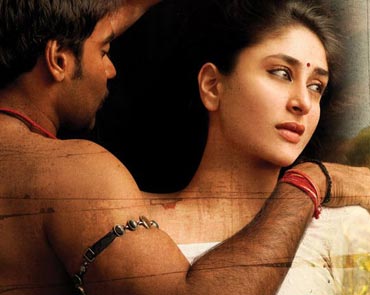 Image: A scene from Omkara

I love it because it is an adaptation of Shakespeare's Othello. I think Desdemona (on whom Kareena's character Dolly was based) has gone down in history, and I got to play her. 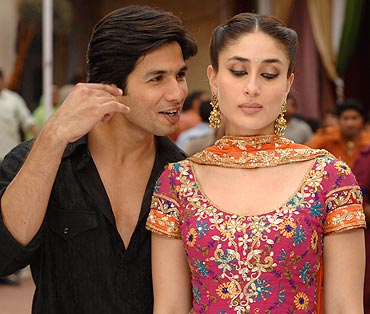 Image: A scene from Jab We Met 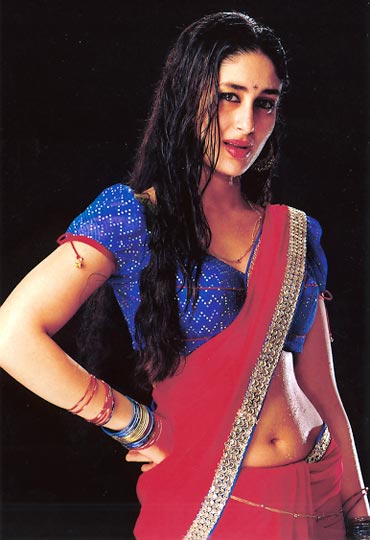 Image: A scene from Chameli

I did this film at a very young age. I was only 22 years old then. Many people thought I would not be able to pull off the role of a prostitute. But I think this is one of my best performances. 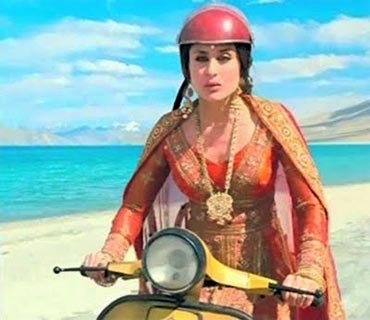 3 Idiots is India's biggest film. The film's title is 3 Idiots and the heroes (Aamir Khan, R Madhavan and Sharman Joshi) played the important roles. My role was not so big. But still, when people see me on the road, they say, 'Arey aaeye dhokla fafda khaiye'.