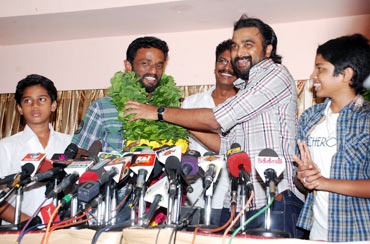 Image: Sasikumar puts a garland on Pandiraj
A Ganesh Nadar in Chennai

Filmmaker Sasikumar created waves in Tamil cinema with his very first film Subramaniapuram. It has already been hailed as a cult film in Tamil.

His next production resulted in another meaningful cinema, Pandiraj's Pasanga which won the National Award for Best Tamil (regional) Film. Pandiraj, the director of Pasanga also won the Rajat Kamal award for Best Dialogue Writer. Master Sriram and Master Kishore from the same film were chosen as best child artists.

As the producer of the Best Regional Film, Sashikumar will get a Rajat Kamal award and    1,00,000 as cash prize.

Sasikumar's achievements do not stop here. Nadodigal which starred him in the lead was one of the successful films last year.

Sasikumar was busy making his second film when the National Awards were announced. A satisfied Sasikumar spoke to rediff.com about Pasanga and his future plans.

'I've always wanted to make a movie on kids' 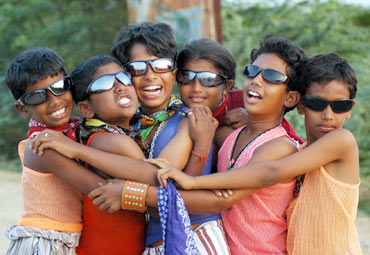 I am very happy. All connected with Pasanga are.

Did you think that this movie would get an award, that too a National Award when you first heard the story or when the shooting was on?

At that time I did not think of any award. I liked the story about kids very much. I also liked the way Pandiraj (director) narrated the story.

I've always wanted to make a movie on kids and he had a similar concept. So I produced the movie. There was no thought of any awards at that stage. 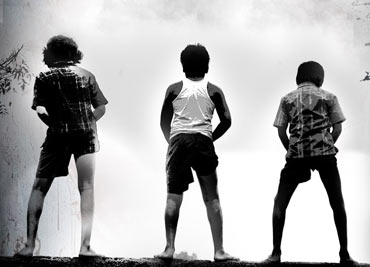 What do you think is the main reason that Pasanga won a National Award?

You will have to ask the jury. I made the film for the audience. The jury must have liked the concept and the dialogues which were sharp and modern. As you know Pandiraj won the award for best dialogues. The inspiration for the film was former President Abdul Kalam's words, "Follow your dreams".

Both Subramaniapuram and Pasanga are hits and now a National Award. Does it put pressure on your next project?

There is no pressure. Films are made for the audience. Awards make us more responsible. Yes, victory is easy but sustaining it is hard. That is the battle. Awards help and make us happy. We should not think of awards while working. The aim is only to make good movies.

'Pasanga was shot in Pandiraj's village' 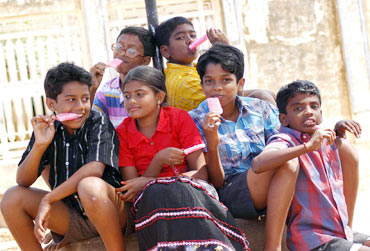 How did you choose the locations for Subramaniapuram and Pasanga?

I am from Madurai so, we shot Subramaniapuram there. It also suited the story line. Pasanga was shot in Pandiraj's village as the story is based there. People like to work in familiar surroundings and we were happy to make the movie in places we lived in. People co-operated with us because they knew us.

What is the difference between shooting a film in a village and a city?

You need permission to shoot at many places in the city, and going after permission itself takes up a lot of our time. You have to pay exorbitant rent even for a small space. People assume that those who are connected with the film industry have a lot of money. People are also not co-operative. So it is tough work. When we shoot in villages, we do not face this problem.

Who do you prefer, new faces or established actors?

In my current film, Samuthrakani who directed Nadodikal is the hero. The rest are all new faces. It is the story that decides whether we need new faces or established actors.

'Everything is a bonus after Subramaniapuram' 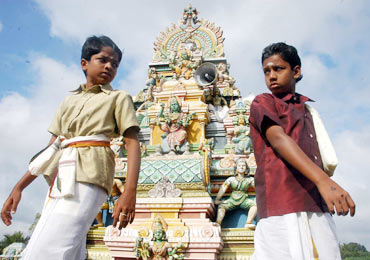 Will you continue to produce, direct and act as well?

Yes, depending on the film and the story line.

Right now I am doing a city-based film. After that I am acting in Samuthirakani's next project.

Now that you have a National Award, what is your next ambition?

My ambition was to make one good film. I did that with Subramaniapuram. Now, I have no other ambition. I will make films when I feel like it. To me, everything is a bonus after Subramaniapuram. I do not know how far I will go. I will follow my instincts. I don't want to make lots of money, fame or fans. I want a peaceful life, that's all.