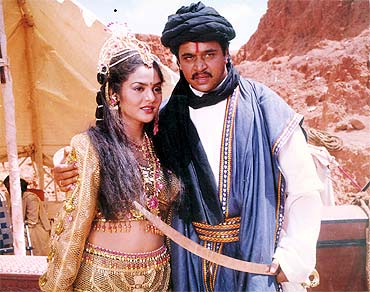 Image: A scene from Gentleman
Pavithra Srinivasan in Chennai

On the eve of the potential blockbuster, we take a look at some of Shankar's celluloid successes.

Looking at the tautly written screenplay, the intriguing plot-twists and innovative flashback sequences, no one could have guessed that this film was actually Shankar's first.

Produced by K T Kunjumon, the film is in essence a Robin Hood tale. A simple cook (Arjun) who conducts a squeaky clean appalam business, surrounded by his capable women staff is, in reality a shrewd thief who walks away with crores of rupees right from under the nose of the authorities.

He finds it difficult to accommodate his dual lives, but manages to do so, ably assisted by his henchman (Goundamani) and his dead friend's father (M N Nambiar). Romance finds him too, along the way but his nemesis happens to be an intelligent police officer who will pull all the stops to find him.

Arjun's remarkably underplayed performance, and Shankar's knack for addressing the crucial problem of bribes in the political system made Gentleman a blockbuster. It was later remade in Hindi as well, starring Chiranjeevi and Juhi Chawla. 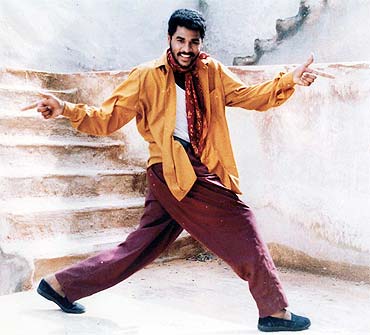 Image: A scene from Kadhalan

Following his first film's unprecedented success, expectations were naturally high but Shankar decided to change track and do a completely romantic movie.

His adventures, as he gets to know her love for dance, subsequently wins her heart through his artistic approach, are some of the highlights of the film. In the meantime, there is a serious thread running alongside as well, dealing with terrorism.

Once again, A R Rahman's feet-tapping songs practically lifted the film into the stratosphere. His Urvasi, Mukkabla, Ennavale, Pettai Rap were hummed by the whole country, courtesy the movie being dubbed in Hindi. 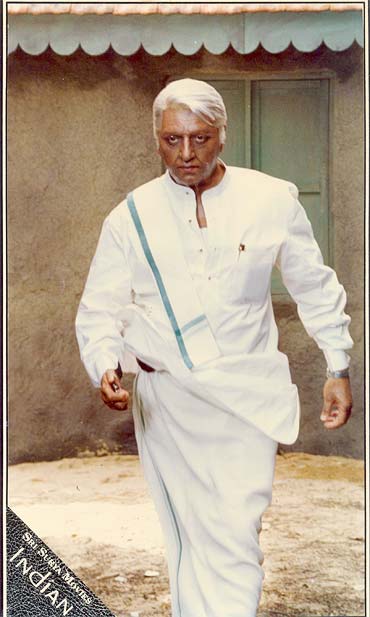 Image: A scene from Indian

With two successes, Shankar returned, once again, to a serious subject -- a variation of the corruption theme that forms a leitmotif among all his films.

An aged freedom-fighter (Kamal Haasan), once part of Subash Chandra Bose's army, is aghast at the corruption that's rampant in the country, and decides to rid the land of such "weeds". Just as he takes up arms to save his land once again, he discovers that his son (Kamal in a double role) is part of the corrupt system himself.

The film made waves for Kamal Haasan's extraordinary makeup and convincing body language as an old man, not to mention A R Rahman's musical score as well, with hits like Pachai Kiligal, Kappaleri, Maya Macheendra, Telephone Mani Pole, and Akkadannu. The heroines -- Manisha Koirala and Urmila Madtonkar -- also shone.

It was also nominated as India's entry for Best Foreign Language Films for the 1996's Academy Awards. 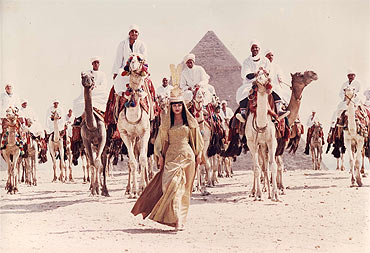 Back to fun and frothy and this time, a romantic comedy of errors with none other than Miss World Aishwarya Rai, in a double role.

Shankar made a surprising decision to go with Prashanth, also in a dual role for this movie which is a tale of identical twin brothers, one of whom falls in love with the heroine but trouble arrives in the form of their recalcitrant father who declares that he will marry his sons to only twins.

Once again, Shankar excelled in his flashback sequences that showed a rustic Karaikkudi, in direct contrast to flashy America and later, up-market Chennai. He also used a good deal of CGI efffects especially in a classical dance sequence incorporating a skeleton, which had audiences rolling in the aisles with laughter.

Jeans too, was India's entry to the Academy Awards for 1998, under the category of Best Foreign Film. 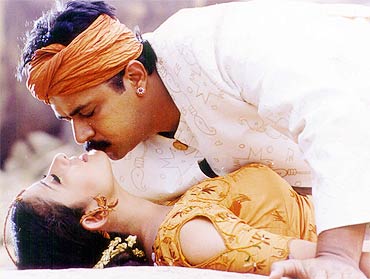 Image: A scene from Mudhalvan

Shankar returned to his favourite theme again -- the fight of a lone man against a rotting system, only this time, he created waves with just the plot: a courageous cameraman (Arjun), witnessing the injustices of a reigning Chief Minister (Raghuvaran) challenges him on TV, only to be told that he'd have no idea about the pressures of the job.

Piqued, he accepts a challenge -- to be the Chief Minister for one day and see for himself what the job entails. Then begins a roller-coaster journey for our intrepid media-person as he begins to understand exactly it means to rule the state, right wrongs and find romance along the way. 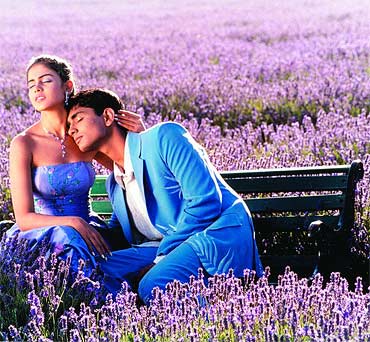 Boys is the story of five youngsters in Chennai who hail from different backgrounds but have two primary aims -- score with girls and have a musical career.

An abundance of technology is a hallmark of Shankar's films, and this one was no exception. Along with different camera angles and stylised picturisation of songs came something new -- the depiction of today's youth in all their glory, courtesy writer Sujatha's acerbic dialogues.

This came in for a lot of flak and public reception was not very encouraging.

Despite A R Rahman's musical score with songs like Ale Ale, Dating, Secret of Success and other such melodies, the film didn't fare that well, as it seemed to be targeted mostly at an up-market audience. 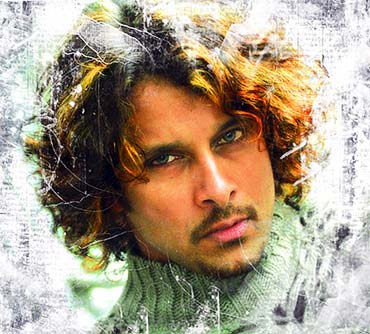 Once again, with this theme of an innocent young man fighting against the problems of society, Shankar was back in his comfort zone. And like each of his movies, this one was bigger than the last.

The tale of a Brahmin lawyer (Vikram) obsessed with rules, this movie explored the fact that many drops do, in fact, make an entire ocean. One tiny wrong, when indulged in by a million people becomes a terrible evil that simply cannot be destroyed.

Suffering the effects of a childhood trauma, the lawyer assumes multiple personalities, one of which takes to killing perpetrators of these crimes.

The movie was the most expensive of that year, and had the distinction of being released in France as well. 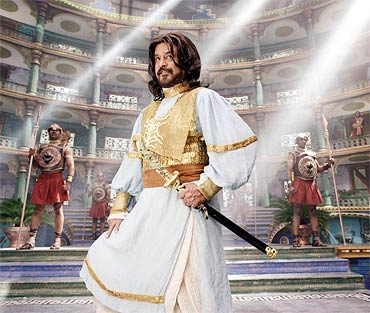 Image: A scene from Sivaji

With each film growing bigger in status, many believed that Shankar had reached his zenith. They were to be proved wrong.

With Sivaji, Shankar signed on one of India's most successful movies stars -- Rajnikanth. Produced by veteran AVM, the story was based on Shankar's favourite theme -- a vigilante revenge drama against corrupt factors in the society.

In this film, Rajnikanth plays a suave software systems analyst from America, determined to create schools and colleges in his homeland.

Shankar pandered to his hero's star power in this film, understandably, but his screenplay adjusted this by including a good many touches of wry humour, bringing out the charms of an early Rajnikanth, including hair-styling and makeup.

Made on a huge budget, the film reaped rich dividends not the least because of A R Rahman's return to Shankar, with songs such as Ballelakka, Sahana and Vaaji Vaaji.

The film went on to bestow a National Award to its art director Thotta Tharani.