Sign in  |  Create a Rediffmail account
Rediff.com  » Movies » 'I don't know how many box office hits I have'

'I don't know how many box office hits I have' 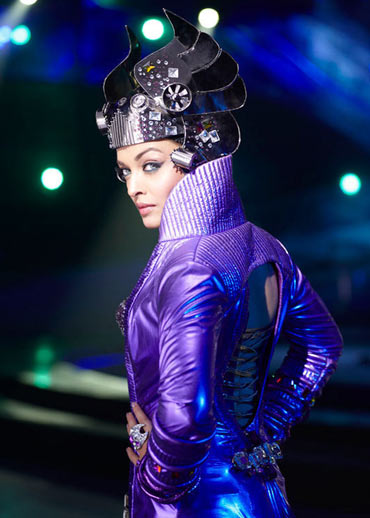 After Raavan, Aishwarya Rai Bachchan will star in another bilingual -- Endhiran in Tamil and Robot in Hindi -- opposite Tamil superstar Rajnikanth.

The actress tells Patcy N what to expect when the film releases this Friday.

Rajnikanthh is almost the age of your father-in-law Amitabh Bachchan. And you are romancing him on screen.

When I started my career, I worked in Iruvar (with Mohanlal) and tried to dispel all the conventions about acting at the very beginning of my career. I did not take up Iruvar and Jeans because I was not getting work in Hindi films. I did them because I genuinely respected those filmmakers and the kind of movies they make.

I am not in the industry to become a standard heroine for someone, or to belong to some camp.

Shankar has proved himself as a director. Everybody knows his work and vision. I am very happy with the outcome. Rajni Sir is a legend. It is truly wonderful working with him.

'Everybody, who works hard, feels bad if their work is not appreciated' 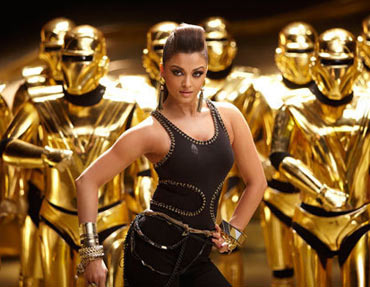 How much does a film's failure affect you, especially one where you worked hard, like Raavan?

We try to do new things every time. We don't know what will work. If we know the winning formula and keep making only that kind of movies, then creatively it won't be as exciting for everyone who belongs to the world of cinema.

Everybody, who works hard, feels bad if their work is not appreciated. So do we. But we are entertainers and our biggest verdict is from the audience. They're whom we make films for. We are obviously open to their criticism and strive to entertain the next time. When you set about to make a film, nobody ever dreams that the vision will not be accepted. The important part is to make that effort and not slide back.

I have played so many characters so far and I don't know how many box office hits I have. I am fortunate my career is not charted literally by numbers or box office results.

'Robot is an entertaining movie' 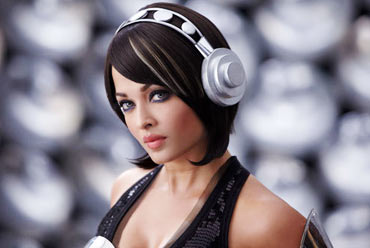 How different is your character in this film?

In one year I have got to work in four very different films. I got to do Raavan and Raavanan, Sana in Robot, Mala in Action Replayy and Shopia in Guzaarish. As an actor, it is very exciting. I haven't been part of the conventional commercial genre. So for me in that sense it is new to do a livewire character of someone who is chulbuli (bubbly) and fun through the film. Robot is an entertaining movie.

As a child, what did you think about robots?

All of us have specific images of robots, the way a robot is designed, or its functions. There is a stereotypical image. That is our recognition or the definition of who and what a robot is. It is wonderful when a filmmaker tweaks it a bit and redefines it and to make a robot fascinating and adorable.

Rajni Sir plays Dr Vaseegaran and he creates the robot. Sana is intrigued and wants to know all about it.

'Shankar is a visionary' 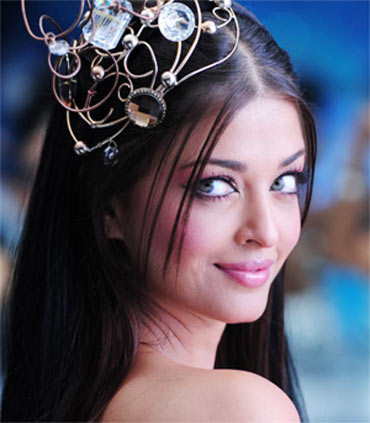 How much was the technical stuff intriguing?

During Jeans itself, Shankar brought so many technical elements to India. I think I learnt a lot throughout the making of that film and of course, over the years, there are so many other movies that I have done that involved special effects. But the first time I did it in Jeans, it was really fascinating. Plus, Tamil was very new to me at that time. In Iruvar my character wasn't as talkative as it was in Jeans. Plus, I had two characters so both were talkative.

The whole experience of the film is amusing. You will know it when you watch it.

What is Shankar's strength as a director?

Shankar is a visionary. He is highly entertaining. He tells us a story in every movie that needs to be told to his viewers, and technically he always pushes the envelope. He redefines magnificent each time; it's incredible. And he does all that with so much calm on the sets, he is so detailed and organised so even making such a difficult film he is calm on the sets. 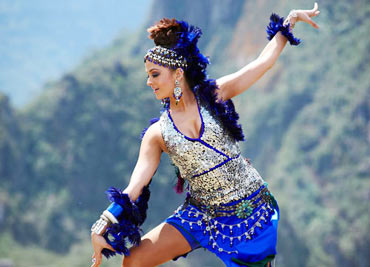 What was the best thing about working with Rajnikanth?

Just like all of you, I have seen his work and have read about his work. I have read how fascinated his viewers are. I have seen how enthralled his audiences are. He is full-on entertaining and to see that in person every single day and to see how simply he does it has been an experience. He comes regularly to the sets with such humility and quietly surprises and fascinates us during the shots, it brings a smile to your face.

Will you ever do a small budget film?

True, I have done a lot of big budget films. But at the same time, I have also done Choker Bali and Raincoat, which had conservative budgets. So I think this question is redundant. I don't say yes to a movie asking the budget of the film. My criteria of saying yes to a film are the director, the script, and the character.