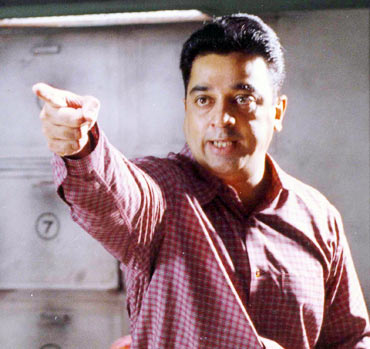 For a man whose movies were always king-size, Shankar certainly had no qualms about choosing the best as his leading men, the latest being Rajnikanth for this Friday's Tamil film Endhiran (Robot in Hindi). The film also stars Aishwarya Rai Bachchan.

But back to Shankar's heroes. Here's a look.

When Shankar approached Kamal Haasan for Indian, he was more than an established star; he was an icon with an enviable body of work.

Playing the part of an aged freedom-fighter who tries to set his corrupted country on its feet by a drastic measure, Kamal Haasan underwent hours of makeup, portraying an old man bent with age but fuelled with a steely resolve. His transformation left audiences stunned.

In addition to the painstaking and heartfelt performance of an old warrior, he played another role, that of his son: the very antithesis of his father, the epitome of fraud and bribery. 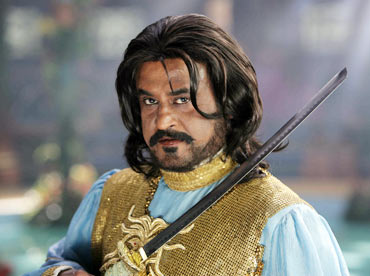 At a time when Rajnikanth was extremely choosy about scripts, Shankar managed to pull a coup when he signed the star for Sivaji.

Rajnikanth's role was unlike any he had ever played in the past. A software systems analyst, Rajni played a man freshly arrived from the USA, determined to contribute to the educational system and economy of his country only to run against opposition from corrupt politicians and a bureaucratic system that blocked him ever way.

The star dressed nattily, talked snazzily, and fought right through the terrible system and emerged victorious.

In Shankar's most anticipated and expensive film to date, Endhiran, he plays both a scientist and robot. 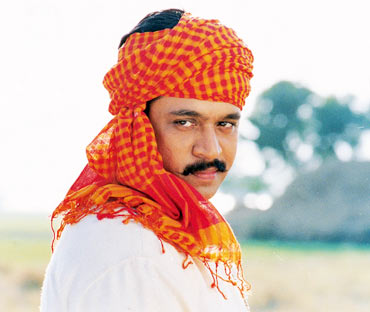 Arjun has long been dubbed the Action King; his movies are a steady stream of mostly patriotic ventures with him at the helm.

Shankar's movies Gentleman and Mudhalvan both proved to be eye-openers about the star's image. For the first time, they saw a hero who actually puts aside his action avatar briefly, and gave a neat performance.

In Gentleman, Arjun played a grieving friend whose attempts at becoming a doctor fail, and who eventually decides to steal from the system.

For Mudhalvan, he donned the role of a reporter who becomes the Chief Minister for one day, seeing first-hand what the job entails. 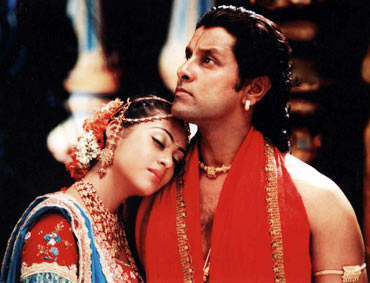 If Vikram's previous films had tested his artistic muscles, Anniyan pushed them right to the limit.

Vikram played a timid Brahmin lawyer with a serious personality disorder; whenever his character comes across instances of public disregard for simple rules, he morphs into the revenge-seeking Anniyan, going on a murder spree. On occasion, he changes into the intensely romantic Remo, to charm his unwilling beloved.

Vikram made sure that his body language reflected subtle differences, bringing them each to life in a distinct way. 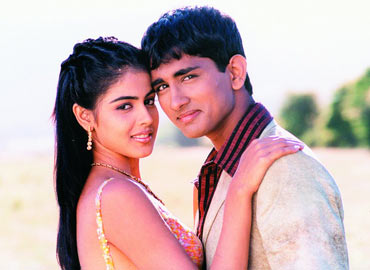 Siddharth, originally an assistant director with Mani Ratnam, was chosen by Shankar to play the lead in Boys.

The role was that of a happy-go-lucky youngster who suddenly encounters love, and wishes with all his heart for a fulfilling musical career.

With plenty of scope for romance, song dance and even the occasional fight, Siddharth scored as the peppy bubbly youngster everyone loves.

The movie might have been an average grosser, but Siddharth made a name for himself, going on to do better things in Telugu and Hindi. 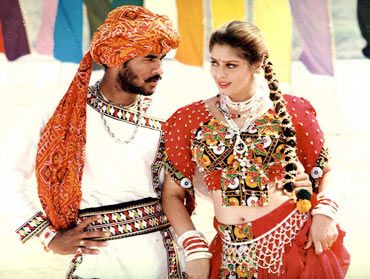 Image: A scene from Kadhalan

For years Prabhudeva was known as a master choreographer, even making a considerable mark in Shankar's own debut masterpiece Gentleman, with the super-hit song Chikku Bukku, which he choreographed and danced to.

Kadhalan however, took everyone by surprise, as Prabhudeva showed that he possessed some acting skills as well. His quirky, zany antics were delightful on-screen, and his dancing skills came to his help here too. 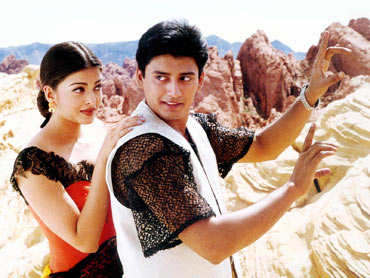 When Shankar announced the hero of his project Jeans in a dual role to boot, many eye-brows were raised.

But Prashanth, who was paired with Aishwarya Rai gave a neat, restrained performance in both roles.