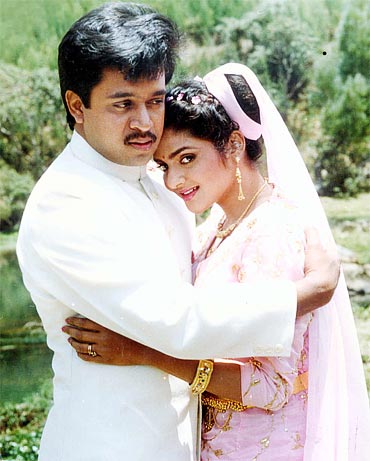 Image: A scene from Gentleman
Pavithra Srinivasan in Chennai

Shankar's heroines, like his actors and technicians, are usually the best among the best: beautiful and glamorous.

With his latest bilingual Endhiran in Tamil and Robot in Hindi all set for release this Friday, we look at the bevy of beauties who set the screen on fire with their good looks and talent.

When Shankar's Gentleman came her way, Madhoobala was at her peak. Her Mani Ratnam movie Roja was both a critical and commercial success.

Madhoo played Susheela, a conservative Brahmin girl in love with the protagonist Arjun; always a silent support by his side, never pushing herself forward. 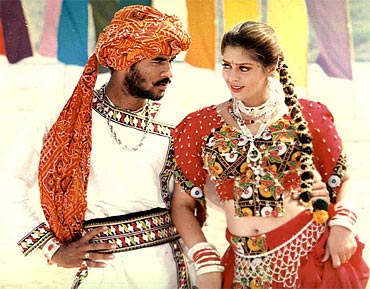 Image: A scene from Kaadhalan

Already a part of quite a few Hindi and Telugu films, Nagma was slowly but steadily making her way up in the Southern film industry, when Kaadhalan happened.

Cast opposite Prabhudeva, Nagma had a chance to showcase both her dance skills as well as exhibit her good looks, which she did perfectly on screen.

The movie did wonders for the box office and for Nagma's career as well. She would go on to star in the Rajni movie that re-wrote Tamil film history at that time -- Baasha. 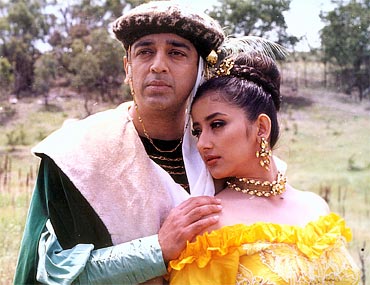 Image: A scene from Indian

There are some actors who establish an instant rapport with their directors, bringing a touch of glitz and glamour that does wonders for the movie; Manisha Koirala was one of them.

Cast alongside Kamal and Urmila Madtongkar in Indian, she was a part of Mudhalvan as well, alongside Arjun, a lucky mascot. 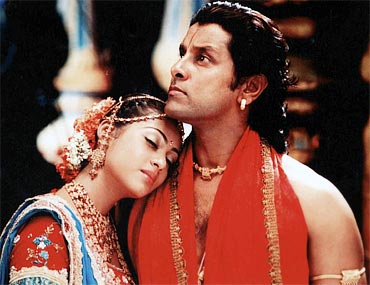 Sada was Vikram's romantic interest in Anniyan, where she plays Nandhini, a girl with her own dreams, who finds the staid Ambi boring but long for romance with Remo, the ramp-walker.

She had ample scope to showcase some acting skills as well, confronted with the frightening state of her beloved's multiple-personality disorder. Sadha might not have set the screen on fire with her histrionics but her fresh looks won the day. 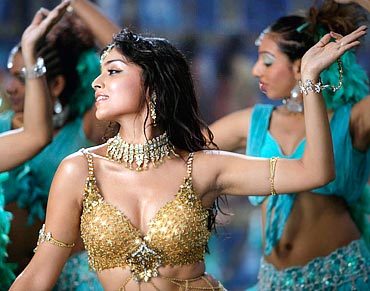 Image: A scene from Sivaji

Easily among Shankar's most glamorous heroines, Shriya made Tamil film history of sorts when she bagged a project with the director in Sivaji with superstar Rajnikanth as her co-star, no less!

Naturally, in a film that boasts a star of this magnitude, a heroine's scope is considerably less, but Shriya found a way to combat this: her explosive glitz and glamour routine, combined with colourfully picturised songs, upped the oomph factor. And Shriya became the year's 'It' girl. 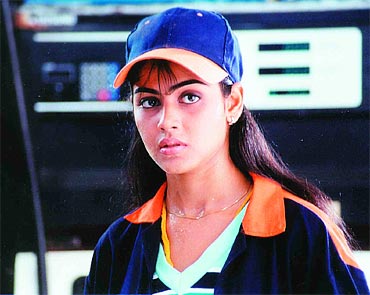 Genelia made her debut in Tamil as Harini in Boys, playing a poor rich girl caught in family toils, as she battles it out with them to stay with her husband, a musician from a middle-class background.

Genelia suited the role well. The movie might have been an average grosser, but went on to create more opportunities for her in Hindi and the Telugu Film Industry. 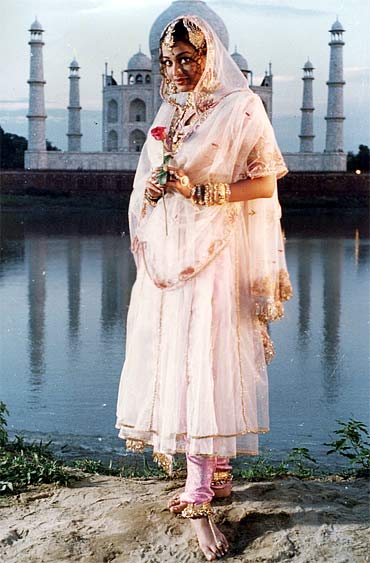 Already in a double role in Shankar's Jeans, a romantic comedy, Ash makes her way in the year's most anticipated film as well -- Endhiran.

Paired opposite Superstar Rajnikanth, she plays a scientist's love-interest who also finds herself enamoured of a robot as well!

And, as many have said before, she's one of the very few Indian actresses who can match Rajni's on-screen persona step for step.