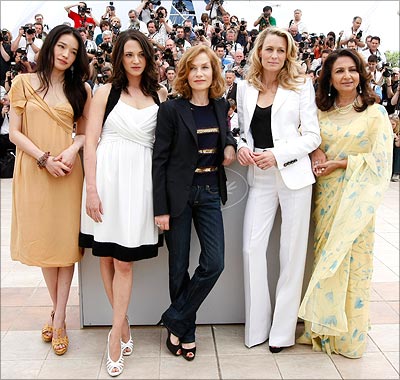 The 62nd Cannes International Film Festival has begun, and the celebrities seem to be pouring in.

Among the first Indians to be spotted at the festival was Sharmila Tagore, who is part of the jury at the film festival. Dressed in a yellow sari, the actress made a pretty picture, as she posed with the rest of the jury.

Cannes, down the years