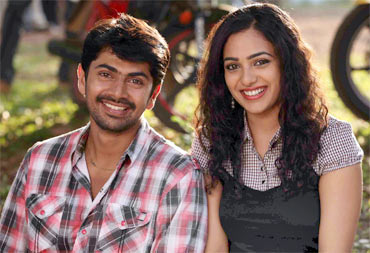 On his 25th year as a director, National Award-winning filmmaker, Sibi Malayil is all set to make a love story.

The movie stars not Mohanlal or Mammooty, with whom he made some excellent films, but Nishan, Asif Ali, Nithya Menon and a couple of fresh faces.

Apoorvaragam, which Siby said is a love story with a difference, is produced by Siyad Koker under the banner of Kokers films.

Sibi said he was on a lookout for fresh faces for the movie and chose Nishan and Asif Ali after watching them in Shyamaprasad's Rithu.

Nithya Menon shot to fame with K P Kumaran's Akashagopuram opposite Mohanlal. She has done I V Sasi's Vellathooval, Angel John with Mohanlal and was also noted in Kerala Café.

The crew comprises of cameraman Ajayan Vincent and music director Vidyasagar. Apoorvaragam will hit the theatres in May.