News
Business
Movies
Sports
Cricket
Get Ahead
Money Tips
Shopping
Sign in  |  Create a Rediffmail account
Rediff.com  » Movies » No Orlando Bloom in next Pirates of the Caribbean

No Orlando Bloom in next Pirates of the Caribbean 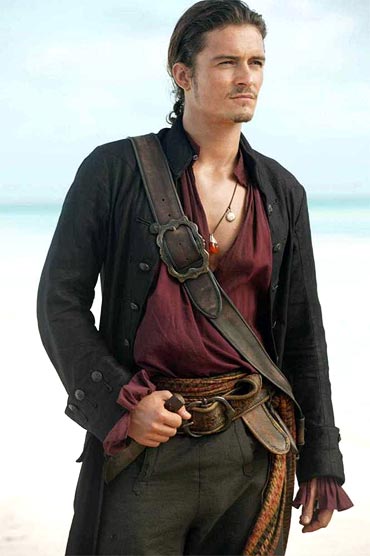 Orlando Bloom has revealed he will not star in the next sequel to the Pirates of the Caribbean.

The actor, who played Will Turner in the films, said he wants to do different roles.

'I think Will is sort of swimming around with the fish at the bottom of the ocean,' the Daily Star quoted him as saying.

He added: 'I had a great time making those movies. I just really wanted to do different things.'

However, he is keen to see Johnny Depp as 'Capt. Jack Sparrow' once again.

Bloom also feels that Nine and Chicago filmmaker Rob Marshall, who will direct the next pirate flick, should be able to do a great job.

He added: 'I think he's (Marshall) an amazing director. I think it will be a very interesting fit, because Johnny is musical anyway and I''m sure that something really beautiful will come out of it.'