Cannes 2010: Get ready for Indian masala 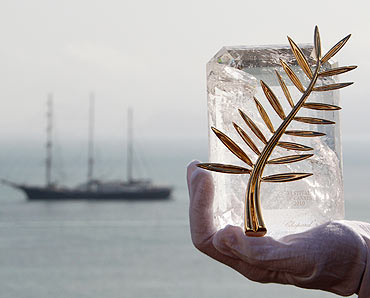 A six-member delegation from the Mumbai Film Festival, led by its director S Narayanan, will add some Indian masala to the 63rd Cannes Film Festival, one of international filmdom's oldest and most prestigious events.

The festival starts today in Cannes, France, and continues till May 23rd.

The Indian delegation is on-hand at Cannes to choose from an appetizing array of international films to showcase at the upcoming 12th Mumbai Film Festival, set for October 21-28, 2010.

In addition to its international and world cinema categories, the MFF awards showcases cinema from all over India.