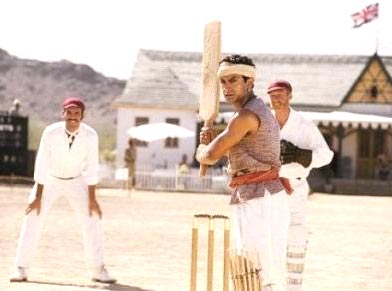 Reader Utsav Ranasaria shares with us a blooper that he spotted in Lagaan.

Lagaan is set in the year 1892-93 in the village named Champaner.

In the film, a cricket match is played between the Britishers and the villagers in the climax.

During this match, they show us that there are six balls in an over whereas six-ball overs were introduced in cricket only in 1900. Before that, there were eight balls per over.

Aamir: Not always a perfectionist!