'I had never planned to make Peepli Live' 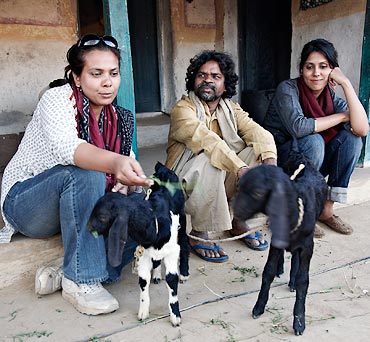 Director Anusha Rizvi deserves a pat on her back for giving us a film like Peepli Live. Produced by Aamir Khan, it is one of the best films of the year

Priyanka Jain spoke to the passionate debutante director, and came away impressed.

How do you feel after the release of Peepli Live? What kind of reviews have you been receiving?

My cast and crew of 150 people and I have felt a sense of completion for the last six years, the love and effort that we have put in the project. It is a closure to that.

Reviews have been very good and overwhelming. Things that I had never expected have been written. A lot of detailing had gone into the film and we weren t sure if it would be noticed. But people took note of it and that s been a big high for us. I don t know how the film is doing in terms of numbers but I am told it s doing well.

Amitabh Bachchan praised the film and you on twitter. How do you feel?

It s very overwhelming to have stalwarts like him praise me. It s difficult for me to react to it. Maybe when some sanity level comes back, I will be able to react to this. But I am very happy. 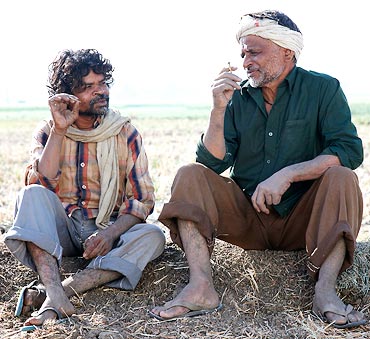 Covering costs by sales to various avenues is all very well. But a film is not made to be put in a box and sold to various people. A film can only be judged on the basis of the people watching it. Sales and covering costs have happened for so many other meaningless films. I don t give much importance to that.

How did Peepli Live happen?

I never planned to make a film. It happened by accident when I was watching on a news piece on farmer suicides in India in 2004. My husband and the co-director of Peepli Live, Mahmood Farooqui, thought over some story ideas. We also watched Aamir s interview where he mentioned he was looking for new scripts to produce after Lagaan. We contacted him and he responded. By the end of 2005, I had finished all the drafts of the film and Aamir agreed to produce it.

Our film got delayed by two and a half years because Aamir had to direct Taare Zameen Par.

What does this film mean to you?

It talks about a different India at different levels. This film has an internal dialogue that my crew and I are trying to discuss. It s not a question of people of agreeing or not with the film. It s an attempt at some sort of dialogue. If people can just start talking about these issues, it would help to bring some closure to the villagers in the long run.

I don t know if it will bring about a change because changes are complex and require many years of sustained effort. But yes, it will bring some visibility about what more than half of India is like.

'Amma was the toughest to cast' 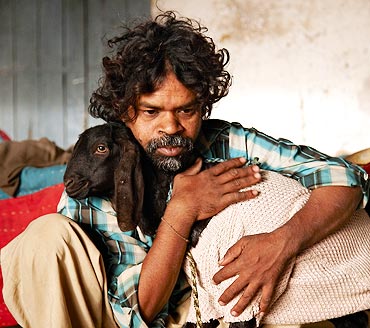 Was it a conscious effort to cast non-stars in the film? How did you find these people?

The script required every person that has been cast. It required a very high level of performance. It s very difficult to recreate reality. These people may be new to films but they are highly trained actors. They have spent their lives performing in front of live audiences. There are rural actors. Having a famous face would have defeated the purpose.

The casting department, headed by Mehmood, did all the work in getting this fabulous cast together. They auditioned 900 actors in Lucknow, Banaras and Bundelkhand for four months. We also got actors like Ramniklal from a theatre company in Bhopal.

Amma was the toughest to cast. We contacted people and auditioned their domestic maids. But none of them had the energy that we required for Amma. Then we found a lady at Andheri station (in suburban Mumbai), and we trained her. But the only problem with her was that she had a drinking problem. She would drink in the day as well, and that made it difficult for her to work on her accent. She had a strong Marathi accent.

Around the same time, two costume assistants had seen an old lady named Farukh Jaffer, who had a small role in Swades. We found her accidentally. She is not a trained actor. 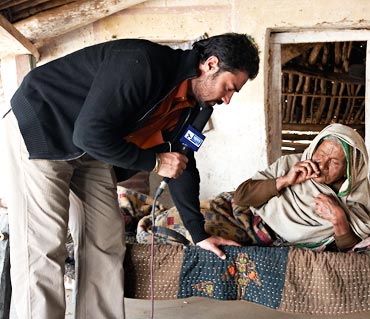 Take us through your best scenes in the film.

There is this scene in which you see children on a merry-ground, laughing. It s my favourite scene because that sequence was made on the edit. When we shot it, it was a very intense scene. It was very silent that day. It was also the end of the film, so it almost felt as if we are actually shooting Budhiya s death.

Then, there s the last scene where Dhaniya and Budhiya are talking to each other. It s a scene that brings you back to square one. It s a scene with which the film began. It s so defeating at the end. It s the most brutal scene which says that there is no hope at the end of it all.

I also liked the scene when they discover that Natha died in the hospital. When Nandita and Deepak were doing their piece to the cameras and Deepak ends at yeh raat bharat varsh ke liye bahut bhaari guzregi. That is a very powerful moment of the film.

Then, when Natha and Budhiya are walking back from Hydapur s house. It s a wide shot. Even in the first half of the film, you will see that these people are continuously walking. That s what villagers do. They walk. So it s my favourite sequence where I am trying to capture how much they walk.

How difficult was it to shoot in a village?

It is easier to shoot in a village than in a city. In the city, you would get traffic, you would need permissions, need to manage the crowds... So shooting in the village was relatively peaceful.

After the first few days, the locals did not get hassled with the camera and equipment. They were not staring into the camera. Every time I would shout silence, the kids around would yell and make sure everyone was silent. They were very helpful.

But the terrain was difficult and it was extremely hot. The village is on a slant so by end of the shoot, our knees ached.

We had very basic arrangements there. We barely used a vanity van. There were two basic toilets for everyone. We ate together with the villagers. That also helped to have the sense of community, and it worked.

'I never wanted to be a film director' 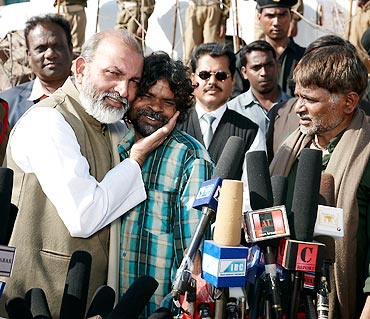 How has your association with Aamir as the producer been?

Aamir has been a very good producer. Mehmood and I are not professional filmmakers and are not from Mumbai. We did not have regular contacts in Mumbai. Aamir has a lot of clout. He also put in a lot of trust in ua, and gave us freedom to make the film. Aamir supported us throughout

Did you always want to be a filmmaker?

I never wanted to be a film director. That happened by accident. I studied History at St Stephen s College, Delhi, and then did a human rights course at Jamia University. Later, I joined NDTV because that seemed like the most logical thing to do. I worked in the production department for four years, and then became a reporter in Mumbai. After that, I quit after because I wanted to make documentaries.

During this time, I also got involved in reviving Dastangoi, the dead art form of storytelling in Urdu, along with Mahmood.

Where does Anusha Rizvi go from here? Will you take up a commercial venture next?

I am open to everything. For now, I just want to take a break. This film has taken a long time to get made, and has taken a lot of effort.