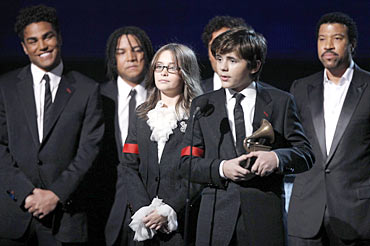 The stars participated in a virtual collaboration with the late singer, singing the environmentally-themed Earth Song over a 3-D film background (free glasses were distributed prior to the event via Target stores), reports NJ.com.